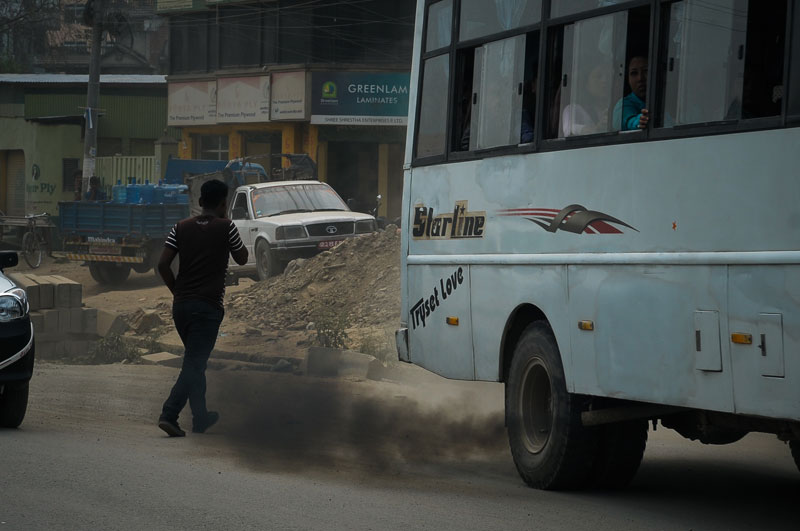 KATHMANDU, Oct 1: While road accidents continue to cause high fatalities in the country, little has been said and done about the dangerous impact of air pollution.

As a matter of fact, with over 9,000 deaths every year, air pollution kills more people in Nepal than all road accidents, revealed a recently published data of the World Health Organization (WHO).

Compared to about 2,000 deaths by road accidents in the country, ambient air pollution killed a staggering 9,943 people in Nepal in 2012, shows the WHO data, prepared to show country-by-country breakdown of deaths attributable to air pollution. As many as 36 people out of every 100,000 die in Nepal due to various deadly diseases linked to air pollution.

With over 1 million deaths from dirty air, China tops the WHO list for deadly outdoor air pollution, followed by India and Russia with at least 600,000 and 140,000 deaths, respectively. Ambient air pollution, mostly PM2.5 and PM10, was responsible for over 3 million deaths around the world in the period, the report further reveled.

Even the report of Environmental Performance Index (EPI) 2016 has ranked Nepal among the countries having worst air quality. Nepal had ranked 149th among the 180 countries in terms of worst air quality, performing worse than most of the SAARC countries, including India, Pakistan, Maldives, Bhutan and Sri Lanka, and recording better air quality only ahead of Bangladesh and Afghanistan.

The EPI report states that nearly 75 percent of populations in Nepal are exposed to unsafe levels of fine particulate matters.