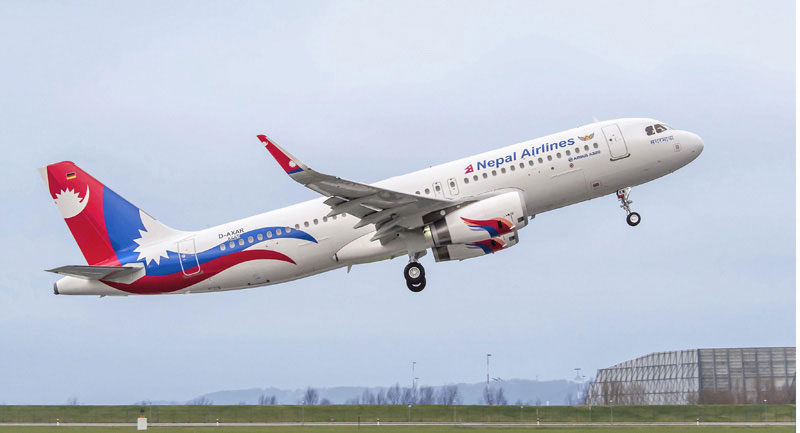 European Union continues to ban Nepal from its airspace even though most of our jets and turbo-props are of European make
We had thought the European Aviation Safety Agency (EASA) blacklisting all Nepali airlines would have a devastating impact on Nepali aviation and on our tourism. Now, after three and half years, there are more aircrafts flying in the domestic sector and things look normal. India was also relegated to Category Two (CAT II) by the US Federal Aviation Agency (FAA) not long ago. It took 16 months of blood, sweat and tear for India to earn back CAT I status. But as no Nepali airline flew to Europe, the B-list had no direct impact, save perhaps for a small ‘advisory’ impact.

There is also confusion about agencies like the International Civil Aviation Organisation (ICAO)/FAA/EASA and their workings. Likewise, people wonder what or how the audit process that leads to blacklisting gets rolling. Is a major accident a prerequisite? Above all, why are some countries with poor aviation record neither blacklisted nor relegated?
ICAO is the UN body that oversees world aviation. It also evaluates individual aviation sector but only if requested by the concerned country to do so. But again, its evaluation report does not come into public domain as it is confidential. Being a UN body, it cannot impose coercive measures. Countries with bigger economic and technical muscle volunteer to conduct safety audits and enforce it in the manner they deem fit.

This is where the likes of the International Aviation Safety Assessment (IASA) and EASA step in. The American FAA established IASA primarily to ensure the safety of non-US airlines that fly into the US. EASA does the same for Europe. But even countries with no flights to Europe/US can be penalised citing safety concerns for their citizens, as that happened in our case.

The only way to ascertain flaws in the prevailing system is through periodic and total audit of working practices. The review includes verifying if rules are followed, as laid down, or flouted by adopting shortcuts. Usually, small audits are held internally for specific departments or sections. This helps identify weaknesses and remove them before they become too big. Audit helps improve performance and productivity besides finding loopholes. The purpose is to fix things that are broken, and improve things that need improving. There is nothing wrong in making profit but it cannot come at the cost of safety.

Neither Nepal nor India disputed anomalies in their organisational setups. But there is/was disquiet in both countries about “unseen” political undertones in the decisions following the respective audits. The question is: Are the agencies that claim to be thoroughly independent and apolitical honestly acting as such? An article produced by two experts with Hogan & Hartson, a Washington DC based law firm, revealed that FAA had found several deficiencies with the Russian civil aviation authority some years ago.

Since the audit was done at Russia’s request, FAA found it “convenient” not to downgrade Russia and let it have the top CAT-I status, all along! The paper claims FAA treated Russia differently because of its size and other complexities. But Russia, together with erstwhile USSR republics, had over 2,200 fatalities in 41 accidents between 1990 and 2013.

As far as the ‘audit trigger’ is concerned it is not driven by accidents. But an accident under normal situation does raise the possibility of safety oversights. Ironically, audit can even be termed an investigation “before” an accident, not one after. Big audits are generally conducted every two years while internal ones are more frequent. Regular audit makes the system robust and mature.

The EU Air Safety List was reviewed at a recent Brussels meeting (April 25-27). Two African countries (Benin and Mozambique) were removed from the infamous list, citing improvements in aviation safety there. Sadly, Nepal is still in despite “hopeful soundings” from our officials, as always. The non- compliance was more serious as it exposed lack of safety oversight by our aviation authorities. The issues had more to do with “heads” than “limbs”.

Second, EASA has also B-listed seven airlines even when the countries themselves were not. Third, and more interestingly, it has made exceptions in the case of six airlines (two of Gabon, and one each of North Korea, Comoros, Iran and Angola), conditionally allowing them to fly to Europe using “specific aircraft types” even when the respective countries remained B-listed.

It must be particularly frustrating for Nepal Airlines (RA) as it will soon be adopting ‘wide bodies’ but Europe will still be out if its reach. Perhaps this predicament was the reason why Nepali Foreign Minister personally requested European Commission President Jean-Claude Juncker to help get Nepal delisted. I had initially thought it was a shamefully daft request, given that we first needed to put our own house in order. But on seeing the surprising exceptions made by EASA, Nepal’s request does not appear out of place.

The fact is most of our jets and turbo-props are of European make, as are our helicopters.

The A330s that RA will be acquiring are also European, as are the A320s it is currently flying. We will be buying more of these in the future if our aviation sector picks up. On top of that another Nepali flyer, Himalaya Airlines, already has three A320s and aspires to have more. Last but not the least, RA comes with forty-five years of unblemished safety record, if it is of any value. Hopefully, all these will help EASA make a little tweak in RA’s favour. It will probably be more justifiable than conditional exceptions presently made for the six airlines.

Nepal in Lonely Planet's 'Best to Travel in 2017' list

Australia's tour of Bangladesh postponed due to coronavirus
2 hours ago