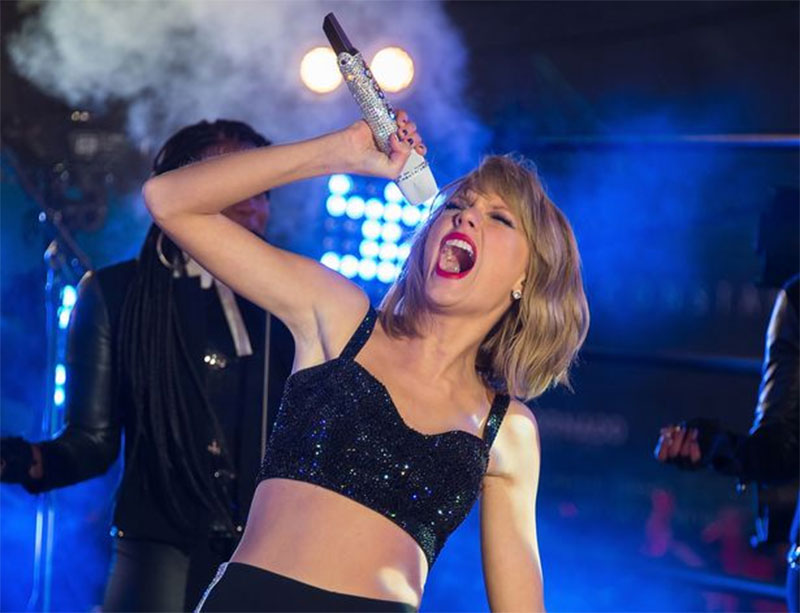 The 26-year old made $170m (£138m) last year, more than double than British singer Adele who made number two on the rich list.

Swift's takings are mainly due to her 1989 World Tour

Taylor Swift is the highest-paid woman in music, smashing her competition with earnings of $170m (£138m).

The 26 year-old earned more than double her nearest competitor Adele, according to Forbes' Highest-Paid Women in Music list for 2016.

Shake It Off star Swift made most of her gains from her 1989 World Tour, cashing in a quarter of a billion dollars worldwide.

Forbes lists Swift's lucrative marketing deals with brands such as Diet Coke, Apple and Keds as the singer's other main sources of income.

"Taylor has completely overtaken everyone on our list due to the phenomenal success of her 1989 World Tour," the magazine said.

Madonna was named the third highest-paid woman in music

"She played nearly twice as many dates as competitors like Adele and Rihanna during our scoring period, and managed to fill stadiums - the largest type of building one can play - throughout lucrative North American markets and beyond."

Forbes' media and entertainment editor Zack Greenburg said most musicians "score the bulk of their bucks" off touring, "and Taylor is the prime example".

Adele proves the exception to the rule, as most of her earnings come from album sales.

The multi-Grammy Award winner is currently touring for her latest album 25, but told Vanity Fair she would be happy never to go on stage again.

Forbes estimated the pre-tax income of the musicians using a variety of sources as well as interviews with managers, lawyers and some of the stars themselves.