The exhibition which began on February 6 features 20 paintings along with his sketches created from 2048 BS to 2078 BS. This is his second solo exhibition. His first retrospective solo exhibition ‘Embodied Enlightenment’ took place in 2016 which created a history in Nepali art fraternity, being the first ever solo exhibition that attracted more than 5,000 visitors. 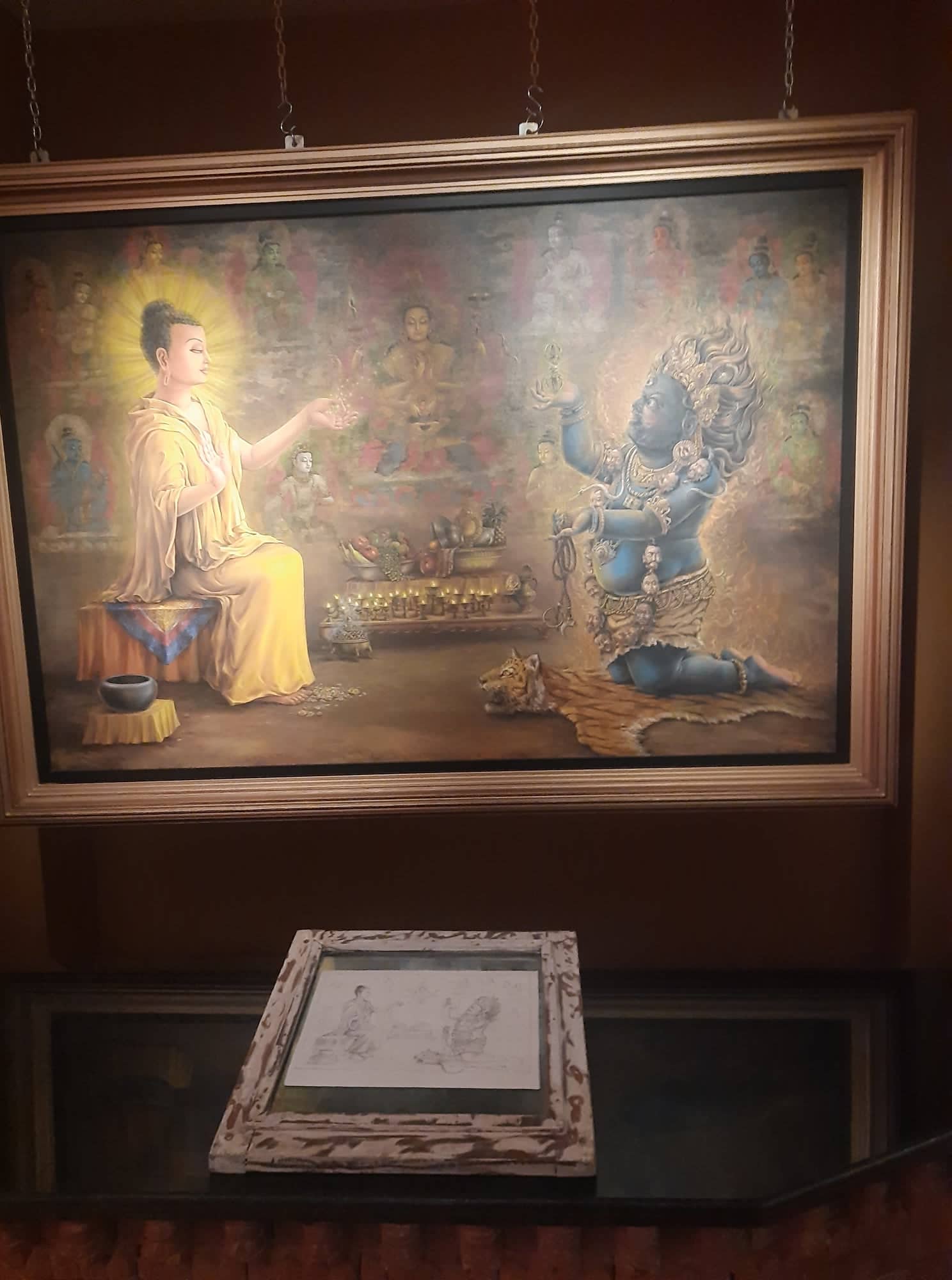 In the exhibition, there is a set of White Tara also known as Saptalochani. In the set, there are three different White Taras and all three are different in terms of composition. However, he has been able to hold the philosophical and iconographical essence of White Tara. The White Tara is a symbol of purity, compassion, love, joy and serenity. These very essences are felt in his paintings. In the White Tare created in 2017, he heavily elaborated on the setting of White Tara by including her whole body and supporting materials such as she is sitting on a pedestal and in front of her there are numerous butter lamps then an embellishment on her pedestal having painstaking detail works on them. Meanwhile, the White Tara he created in 2021 - though it does not have a heavy setting - without going beyond the boundary of iconography, has created White Tara focusing only on the facial and hand gestures of White Tara, without the heavy setting still holding the same effect on the viewers. Thus, both the paintings have stunning effects and can experience the mastery of this master as the title of the exhibition.

Likewise, Trikulanatha, the earthquake series is his way to give the message of preserving and protecting our heritage where he has painted the figures of Sadaksari Lokeshvara, Manjushree and Vajrapani giving the effect of wall paintings that have been cracked during the time of the earthquake. Later this became his signature style and about it he shared, “In traditional art, the paintings or statues should not have any cracks and scratches and it won’t be sold.  But being an artist, I had to express my thoughts and convey a message of preservation and I did it by showing the cracks, cuts and damaged artworks. Moreover, using such techniques in my artworks is a risk as it won’t have much commercial value. Yet I did it as painting is the only way I am able to express and convey the message of preservation.” 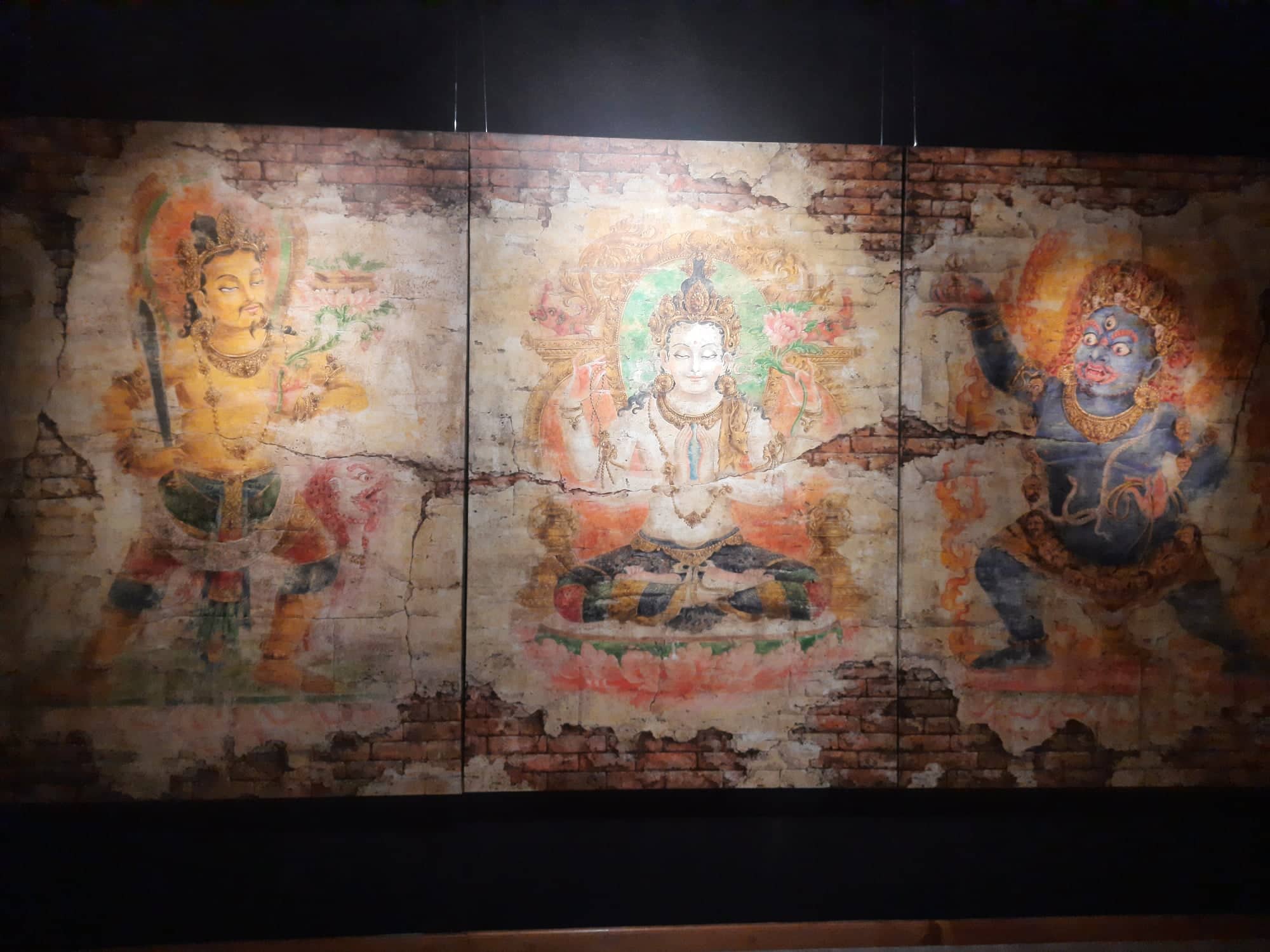 This and more can be experienced in the gallery till Saturday. 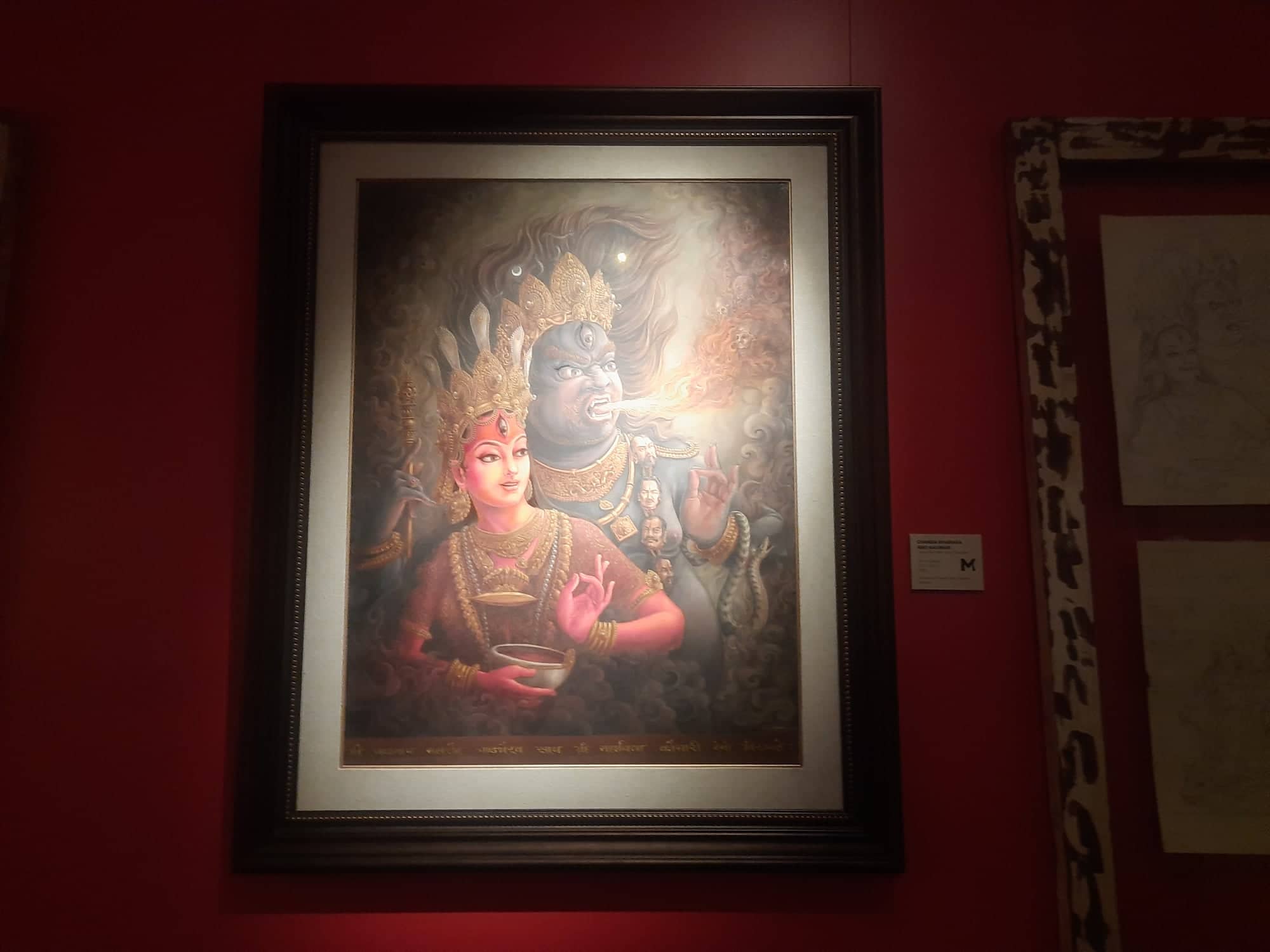