5 things to do during your summer holidays

5 things to do in Nepal when you're free

A story of two students...

Reminiscences: A narrative of historical values and the longings

Throughout the years, traditions and cultures begin to fade. Ishan Pariyar has displayed the reality of the spiritual world’s diminishing through an array of colors. There are certain themes and motifs which aid in depicting the truths exhibited in the artists work.

His exposition commenced on June 12, inaugurated by Christian Manhart at Baber Mahal, Revisited, Kathmandu, and will continue until July 9. The series was started during 2015 and is a continuation of the artist's previous line in which he represented the incarnation of Buddha.

Having been originated from Pokhara, his works are derived from the inspiration of Fewa Taal (Lake) and the local water boats drifting on calm water. The paintings display a theme of culture, religion and identity represented through the common image of a deity or religious object placed on a pedestal or boat floating on a river. Each painting suggests an attempt to preserve the ancient culture which influenced the lives of the country's population. 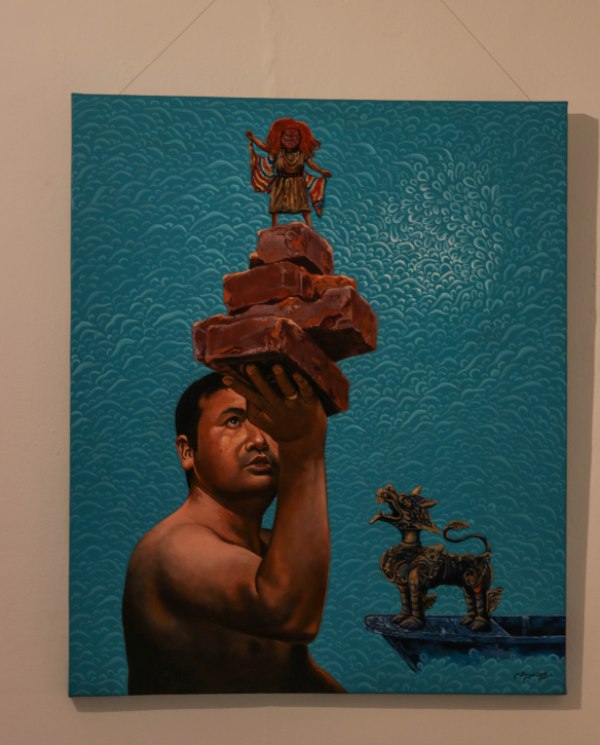 The structure of the waves is composed of varying forms of bitter gourds which the artist has described to “embody the bittersweet truth and reality of life itself”. The color scheme of the paintings consists of shades of blue, green and the worn metallic colors of all the deities’ statues. Pariyar interprets the boats to represent a soul’s journey to the spiritual world and life to be an infinite voyage.

A painting which displays the combination of themes and motifs is named “The Guardian of Time III” in which statues of animalistic Gods are kept on boats sailing through harsh waters, portraying an image of the protectors on a pedestal. A dozer can be seen attempting to destruct all of these entities which displays an allegory symbolic to the artist's interpretation of the world’s reality. 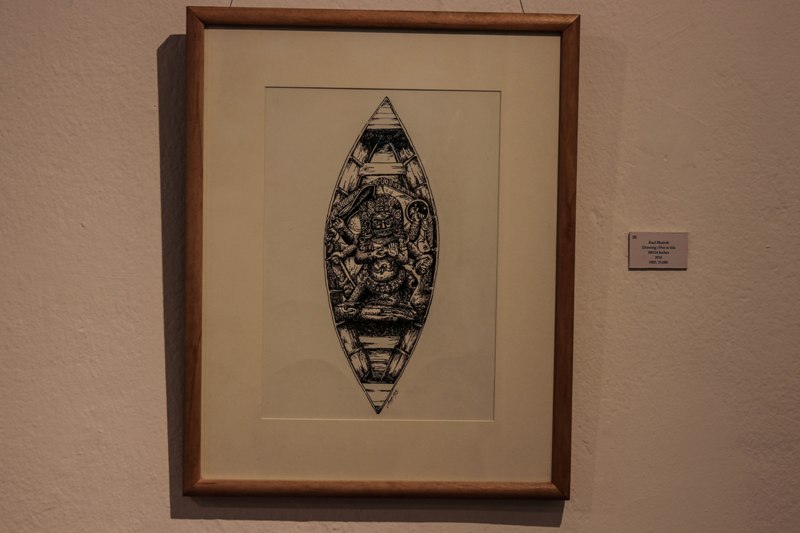 The title of the exhibition explores the intent behind the meanings of the paintings. The artist explains, “Reminiscences itself is a narrative of historical values and the longings that subtly reverberate within us”. This depicts the primary basis of his thoughts on the truth of today's day and age in regards to culture and identity.