If you are making films for money, please quit it right now: Bishal Dotel

If you are a book fanatic or a movie addict, you know how precious stories are. They are the lifeline of the entire movie or book. It’s what makes good movies. Be it Quentin Tarantino’s violence films or Wes Anderson’s fast-paced comedies, both the movies' have a common ground: their stories!

Focusing on stories is what Bishal Dotel believes. The newest inductee in the club of young and rising Nepali directors recently worked as an assistant director in ‘Bulbul’. Here’s what he has to say about movies in a short chat with My City:

When did you fall in love with movies?
I cannot recall the exact date but I have always been fond of movies. It’s weird but I have spent half of my life watching television. I used to think I had missed a lot of things only because I used to watch television. Now, I have used it for my filmmaking career.

Why did you become a filmmaker?
I have always wanted to express and share stories to the people. For that, I thought films as a good medium.

Before starting your filmmaking career, you joined the theatre. What was the reason behind that?
I have my own reason. I thought I needed to work with big stars. So with a straight head, I decided to do theatre as preparation to work in films. It was a good experience though.

How do you view the condition of today’s Nepali cinema?
It used to be good but now, it’s in the troubled state. There is industry but it’s all in chaos. Barely content-oriented and well-studied movies that are mostly romcoms are in huge number. I think audiences are fed up to watch those. That’s why, they are not stable.

When I was a kid, I used to watch movies like ‘Darpan Chaya’ and ‘Chino’. Not to lie but those were pretty good. Now, I am just surprised by how fast they turned the prospect of cinemas. Looking from a bird’s eye view, the filmmaking is just a competition now. They make movies just for earning without knowing and focusing on stories, which is sad because no one is going to watch those. 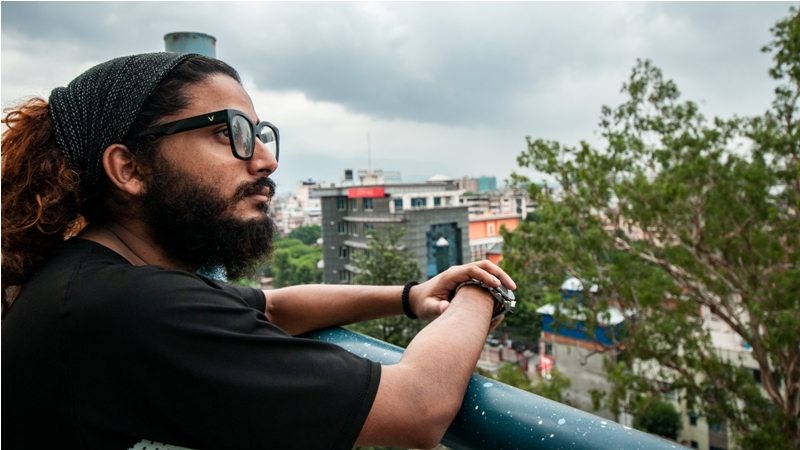 How’s the audience?
I consider the audience as the tricky one in the movie sector. There was this time when people used to go to the cinema on special occasions. Let it be Dashain or Teej, people used to watch movies as a celebration. That was the culture back then. Now, it is slowly fading.

According to you, who are the good working directors in Nepal?
The truth is that it can be counted on fingers. There are barely any good directors in Nepal. I have worked with few of them but still, it saddens me to see the final output. You must be surprised but I really don’t have any Nepali directors on my list, who I want to work with.

There are many good directors gaining fame in the international film festival. However, it depresses me that they only portray the stories that shade the poverty of the nation. Those movies are always critically acclaimed internationally but I consider it as a trick to gain sympathy. Those films don’t get screened in our country but they tour the world showing how poor our country is.

Majority of people don’t show any affection towards Nepali movies. What do you want to say to them? Are they right about their comments? (Comments being no research, easily predictable, and low-class acting)
It’s the same explanation to the famous quote – “Little knowledge is dangerous.” It’s the lack of knowledge to both filmmakers and audiences. If one has followed the Nepali film industry for years, I don’t think they are absolutely correct. They should have also found positive things about the Nepali cinema. However, if they have watched that were released before 2 or 3 years, they might be right. As a director, I think the Nepali movies have degraded beyond measure when the people with no film knowledge are criticizing it. 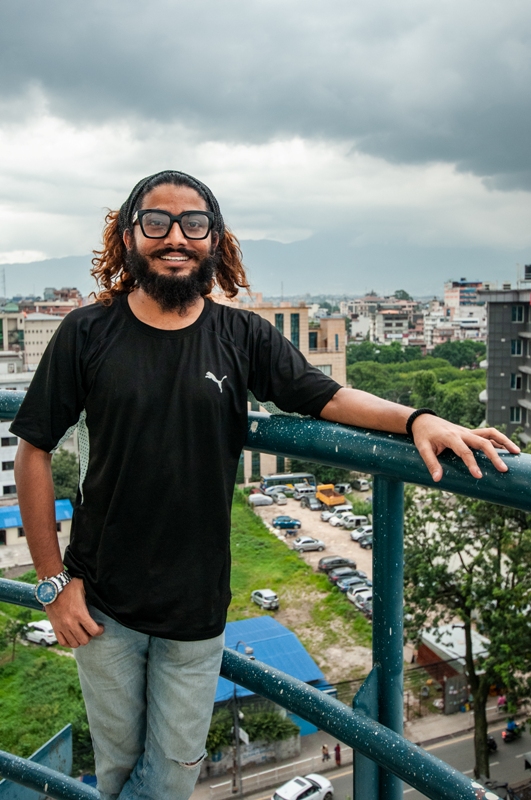 What kind of filmmakers is lacking in Nepal?
In Nepal, there are two types of movies. One is critically succeeded and other is commercially famous. However, it still is a breakdown that not any Nepali movies except ‘Loot’ have both traits at the same time. There is a huge gap between it. We can take an example from Rajkumar Hirani’s “3 Idiots”. That movie was made for all audiences. It was critically acclaimed and also collected millions on box office. Nepal needs a director like him, working as a bridge between all audience with making movies that are successful in both critics and commercial side.

What do you want to say to future filmmakers?
Just enjoy every moment. And if you are going to be a filmmaker just to earn and become famous, I’d ask you to quit making films right now.