I spy a kite in the Dashain sky

KATHMANDU, Oct 4: Air borne kites and the intense aerial battles have been the focal leisure activity during Dashain for ages, until recently. As soon as monsoon ended, the vivid color variations of kites used to engulf the blue sky. Legends suggest that kites are indicators to Lord Indra, the rain god, that the fields had water aplenty. Kites are also believed to send ‘thank-you messages’ to the celestial deities for the abundant rain during monsoon.

Despite the traditional significance of kite flying, the present-day shows scarce enthusiasm. Thanks to digital accessibility, kite flying, like many other outdoor activities, are limited mostly to hi-tech screens.

Sunil Pokharel, a kite aficionado, misses the intense mid-air competition. He remembers colorful kites scattered all over the sky. Sharing further memories, he continued, “The thrill was amazing. We also used to run after the  cut kites to collect the kite and the thread that tagged along with it.”

Disappointed with the current changes, he stated, “I haven’t given up flying kites during Dashain. However, the sky is not what it used to be.”

The situation used to be completely different even a few years back. Heaven Shrestha also indicated that the number of kites had steeply declined in the past half-decade. He said, “Flying the kite isn’t fun anymore. You are more likely to get bored of flying alone. People these days don’t know the actual fun outside their room.”

Different age groups have their unique perception regarding the decline in the kite population in the Dashain sky. While most of the people blame electronic gadgets and the lack of enthusiasm, some people think that strict rules within the family are also contributing to the decreased participation. Sakshyam Khatri, who has been flying kites for just seven years have also seen the recent decline. He believes, “Majority of the families have very strict rules. Since kite related accidents befall every Dashain, some parents avoid their children from flying  even when safety assurances are provided.”

Likewise, Pokharel also believes that introducing gadgets from an early stage of life has influenced the decline in the outdoor culture. He said, “Everything is computerized. The present generation is obsessed with the wonders of gadgets; youngsters prefer digital entertainment.”

The decrease in the number of kites has also led many to discontinue kite flying. Lijen Shakya isn’t happy with the inadequate aerial participation. “The sky is mostly blank,” he said.

If participation further decreases, the kite culture will likely fade to void. Khatri said, “Seeing kites are exciting. I don’t think the next generation will know the actual fun of kites.”

While enthusiasts claim that the kite population is on a decline, shopkeepers disagree. Pratap Man Shrestha, who has owned a kite shop for 45 years, says that the tradition of flying kites hasn’t lessened. He said, “We think the trend has dwindled because we don’t see kites flying right now. I always sell out of kites.”

However, the decline in kites in the sky confuses him. “During our time, we used to put ‘maja’ in the threads to make it easier to cut other kites. However, today’s kids already want the strongest thread with the ‘maja’ on.” He is also amazed by the fact that most people of the current generation don’t even know the proper way of tying a knot on the kite. Further showing the differences between the past years and present, he said, “Kids then were enthusiastic. Now, everyone’s lazy.” 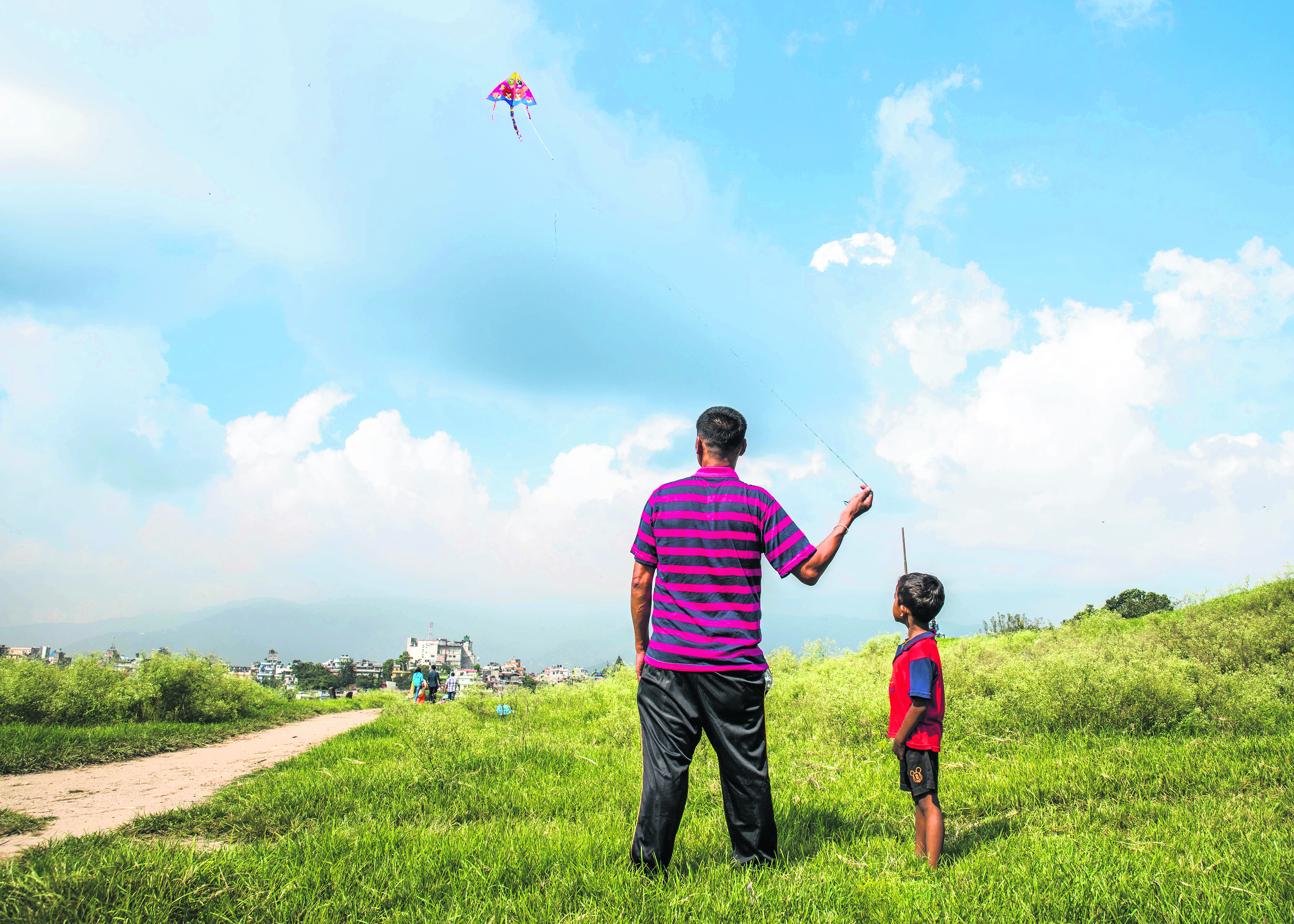