16 days of activism: Moving beyond 16 days

The journey from a volunteer to an organizer

Every should be happy women's day

Everyone in the room, including me, were excited and waiting for our names to be called. All of us were elected as ‘College Lead’ for Teach for Nepal (TFN). With the motive of understanding the distance of students from their house to their school in rural communities, we lived in different houses of the students of Bhimeshwori Higher Secondary School, Bhimtar, Sindhupalchwok. I was placed in Hulak, which took a 1.5 hours’ drive from the school. My name was announced along with Sharmila. We stood up, waved our hands and smiled. We were paired as partners for one night to stay in one of the houses of students.

Ram dai of TFN said, "You guys are in Yubraj's house." We excitedly searched for him but he wasn't in the hall room at that moment. His friends shouted his name while we were walking on the ground. I called his name loudly, and that loudness had an eagerness to see his glace for the first time. He was with his friends in the ground watching volleyball, as far as I can remember. Walking towards us, his face was red and was smiling. He was wearing the ‘Red House’ dress, white shoes, and carrying a heavy school bag. We introduced ourselves and shared cheerful smiles. After almost two minutes of awkward silence, I asked him how far his home was, because everybody said that Hulak (where he lives) is far from Bhimtar. Some of his friends told us Hulak is just an hour away and some of us told that not more than one and a half an hour. However, I made my mind to walk at least two hours long.

I asked Yubraj a series of questions; “How long it took to reach his house? Do we have to walk into the forest or not? Can we see rivers or springs, can we get to eat mangoes on our way or not?” and some random stupid questions. I was behaving like an excited child who is amazed every time. He replied every of my questions with a warm smile. He told me that we can reach in 1 hour or in 1:30 hours (depends on how quick we walk), we should cross the forest, can see the small river and we don't have mango trees on our way (sadly). I was just contented to hearing from him. Then, I asked other friends where they were staying and I informed them mine. With exhilaration, I told most of them I was having a short hike. Maybe no one really cared, but I was dancing inside, literally. Then we all went to eat lunch. Our group sat on the same table and ate without uttering any word. Afterwards, six of us headed towards our destination, Hulak.

We were talking, knowing about each other, sharing funny things and kept on going. While walking into the forest, up to the hills and downwards, I was recalling my school days. Back then, I used to walk 30-45 minutes to reach my school and most of the time I used to run so fast that I had reached in some 10 minutes someday. I used to be late for my assembly for most of the time. Yuvraj told us how they run when they get late for the class and they sometimes, reach to school in 20 minutes. The one thing that really touched my heart was he was looking back just to make sure if we were tired and walking or not. His generous act made me feel special. Yubraj was a shy boy, but he is always the second boy in his class. I asked him why is it that he always secures the second position and not the first position, with a sad face he replied, “The Distance! I always have to walk 1:30 hours to reach my school and when I get back from school, I feel exhausted and tired. During the rainy season, it is even worse.” I tried to understand his situation because I was also walking on the same bumpy roads that lead to Yubraj home to school and vice versa every day. I was thinking how this little boy and his brothers are walking on every scorching sun to heavy rainfall to the winter season. I got only one option from myself i.e., they don’t have options for their basic education but they can make their future better.

On the way, we ate juicy cucumber from the field of Yubraj's big brother. How they cared for us was really heartwarming. We finally reached to Yubraj house. At that time, his mother was fetching water from the tap for her chickens and there was his aunt who was making local raksi. We were really tired and sat on the ground. After a moment, we had a conversation with his mother, uncle and aunty. They were so welcoming. His mother cooked lunch for us even though we told her weren't hungry. We ate so much of cucumber that night and it was from the farm of Yubraj. While having dinner, Yubraj mother shared her stories about her daughters and sons and how she is connected with the village and animals. Without electricity also, for the first time, I was enjoying my time. The interesting thing was seeing the bond of Sharmila and the aama because they were speaking on their mother tongue and Sharmila was translating for me every time. We laughed, we shared our conversations, and we had an amazing night which I was not thinking of. Living under the roof of unknown people in an unknown place was new for me. I am honored that Teach for Nepal offered us such opportunities to know the inequality of education in rural areas which is also so near to the capital city: Kathmandu.

Next morning was a bit chilly. Before we woke up, aama made the tea for us and she was busy on her daily household works. She was also busy with her 20 plus goats and with her chickens. We followed her to the chicken farm and back to her goats. For sure, animals love her and she dearly cares for them. Time Passes. We were busy packing our bags while aama was cooking rice for us. We quickly ate our meat and while eating she shared her how appreciated we felt for her family. Since, we were told to report at 9 am at the school, we rushed. At 8:15 am we departed, having a fear of being late.  Before we exchanged our last good bye hug, and every emotions were playing inside my mind.

That one-day attachment was really special. I was feeling nostalgic while I entered the school gate; the same gate where students gave us such a great welcome one day earlier to waving the last goodbye to Yubraj's family and walking in those quiet places.  I knew I will miss Hulak especially how I and the little shy boy got attached in one night; I knew I will remember the Yubraj's mother conversation with us and her love that was reflected on changing the bed sheets for us, putting more meals on our plates even though we denied to eat much, I knew I will be emotionally attached with the introvert Yubraj (introvert in a sense that he talked very less with us) and undoubtedly all those memories are fresh on my memories just like a morning dew.

TFN College Leads are volunteers who work as the face of Teach for Nepal in their colleges and cities. Every year, hundreds of youths walk together at Teach for Nepal Walkathon to express solidarity with students, who walk hours and hours just to reach school for basic education. This is also an opportunity to show solidarity to our movement to ensure that no child regardless of their socio-economic background is left behind and that they receive the same opportunity and choices as children who go to private schools in Nepal. We invite you to be a part of this solidarity walk. 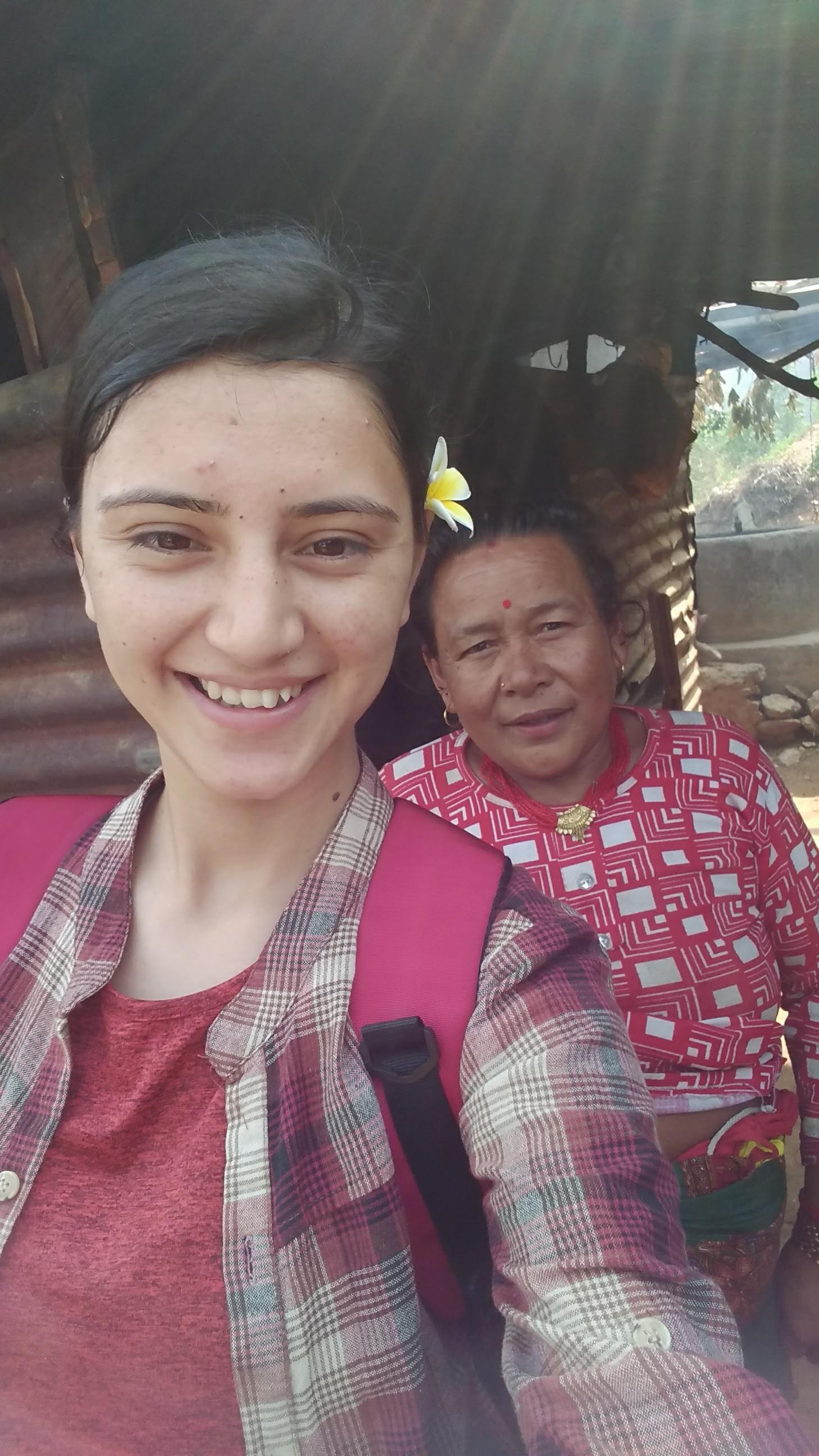