KATHMANDU, Sept 16: We are familiar with the causes of poor eyesight. However, the majority of us don’t have the 6/6 vision, an essential for a clear image. Owing to radiation, TV, and lack of vitamins, the fluctuating vision worsens eyesight clarity, creating image blurs. Though eye power is supposed to alter only after 40, even youths are venerable to the degradation of eyesight. Hence, it’s common to find people wearing high-powered glasses from a very young age. 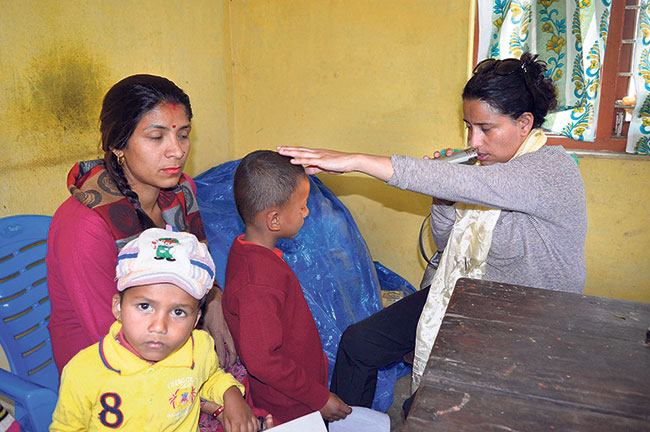 One of the major causes of poor eyesight, at present times, are digital screens, ranging from TV to smartphones. Addressing the cause, Aadas Kharel – a recent high school graduate, shared that he used to watch television excessively from a very young age. He continued, “I didn’t know, or care about anything about the causes of poor eyesight. I used to watch television a lot, from a close range. That carelessness led me to depend on powered specs.”

It’s typical for people to ignore the slight changes in visibility. The disregard can subsequently affect the eyesight. Moreover, continual ignorance, mixed with the excessive use of gadgets, and Vitamin A deficiency can cause permanent damages to the eyes.

Sriyans Rauniyar, founding president of KMC Students’ Club, is a victim of ignorance. In the beginning, he didn’t pay attention to the distortion of images. He says, “I was addicted to TV during my childhood, and ignored the importance of good vision. It is because of my carelessness that I have to wear specs from a very tender age.”

Similarly, Shristi Maharjan, a Bachelor’s student of Physiotherapy, stated that she had been wearing spectacles for almost 10 years. She blames her genetics for her poor eyesight.

“I am neither obsessed with television nor do I discard vitamin A rich food. I believe that the weakening of my eyesight is hereditary; my father wears glasses too,” stated Maharjan. “Without glasses, I see distorted images.” 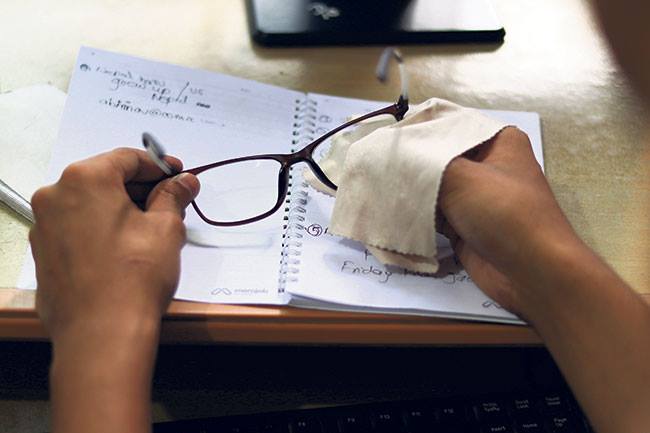 On contradicting circumstances, there are also people who don’t know why they wear glasses. Aashutosh Sapkota, Founder President of Rising Youths – Nepal, said, “I can’t recall what caused me to wear glasses. It was one of my teachers who recommended that I get my eyes checked. I have a minus 4.5; I can’t see without my specs.”

Regular checkups are also advisable to improve eyesight. Also, it is necessary to consume fruits and vegetable which are rich in vitamin A and minimize the use of electronic gadgets.

Though, for laymen, wearing glasses translates to degraded health. In reality, glasses help improve vision. Maharjan thinks, “I don’t really think I am an eye patient because I am totally fine with my glasses.”

Dr Khagendra Upreti, Ophthalmologist at Geta Eye Hospital -- Dhangadhi, says that the increments in youths with glasses have increased immensely. While genetics, in some cases, are the root causes, vitamin A deficiency, irregular eye checkups, and the excessive use of electronic gadgets are the leading causes of poor eyesight. 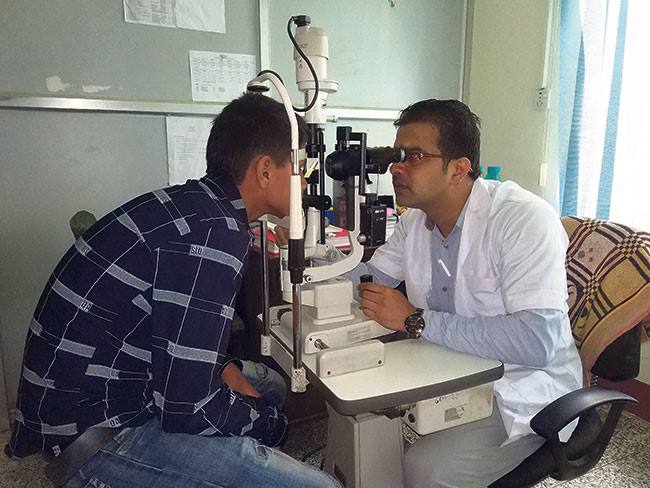 According to him, “When a person focuses hard on an object, the eye power starts degrading. For example: if a person reads in an inadequately lit environment by stressing on the eyes, his/her eye power will soon alter.”

“Back then, most of the people didn’t get their eyes checked regularly. One of the reasons for the rise is that today’s youth identify the alteration. People with fluctuation in eye power haven’t massively changed, just the number of youths with powered glasses or lens has increased,” Dr Upreti added.