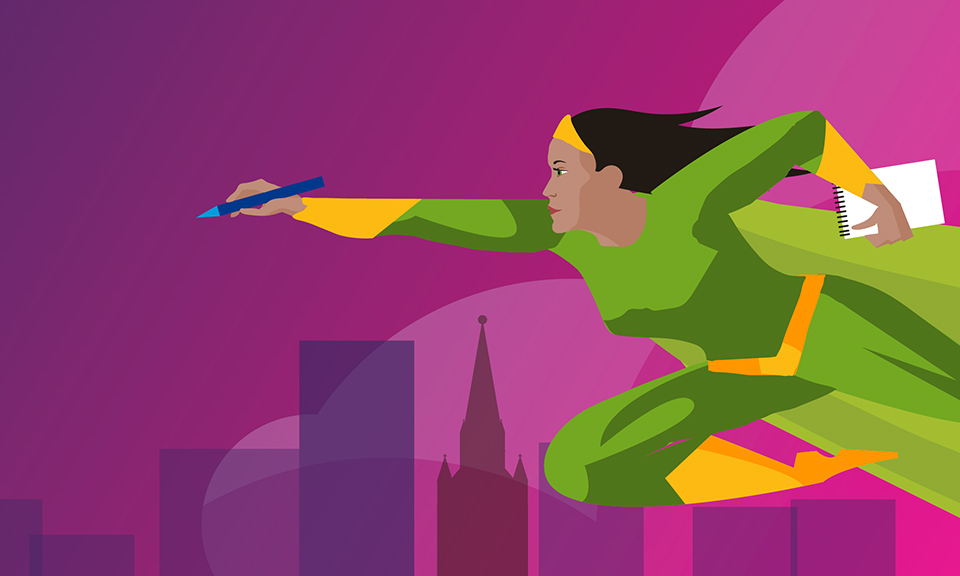 From 2008 Mumbai terror attacks to 2015 devastating earthquakes of Nepal, citizen journalists have demonstrated their ability to provide first-hand accounts of events.

South Asia is frequently described in Western press accounts as the next economic success story due to several factors including the region’s commitment to democracy, a growing middle-class, the relative proportion of young people making up its population, and its reputation as an information-technology hub. Today, the region offers the world’s largest working-age population, with a variety of citizen media-initiatives—ranging from political blogs to diaspora citizen journalism. However, these are early days for citizen-media initiatives in the region, where greater freedom and alternative forms of political expressions are slowly and steadily breaking through the limitations of the mainstream.

Thus South Asia offers a short history of citizen journalism, which began from the publication of a popular political pamphlet The Indian Home Rule by Indian political activist Mahatma Gandhi in 1909. Gandhi’s The Indian Home Rule is widely praised in academic discourse for shaping the public opinion against the regime during the time of British rule in India, where printed pamphlets were among the first materials used by citizen journalists to raise awareness of their political rights among the people in the region.

With time and gradual political changes, similar pamphlets were sporadically published in several other South Asian countries. In the early 1930s, Pakistani political activist Choudhry Rahmat Ali published a pamphlet entitled The Pakistan Declaration, demanding the recognition of national status of Muslims living in the northern areas of India, as distinct from the other inhabitants of India. Rakta Mandal, a dissident group active in Kathmandu during the Second World War, published propaganda pamphlets claiming that the oppositions in exile were running a government.

During the civil war in Sri Lanka (1983–2009), pamphlets were among the most widely used printed materials by the Tamil Tigers to share the political views of the Tigers in the country. Leaflets and pamphlets by citizens also played an important role in driving public opinion during the Liberation War of Bangladesh in 1971.

South Asian people, particularly dissident groups, continued to publish similar pamphlets until the early 1990s. However, these pamphlets were used only for a specific political purpose and were therefore short-lived and ceased to exist upon the fall of regimes. Thus the use of pamphlets by political activists illustrates how citizen journalism played an important role in the dissemination of political ideas and the formation of radical public opinion in the region.

With the introduction of the Internet, South Asia is now experiencing a growth of news practices online. From the 2008 Mumbai terror attacks to the 2015 devastating earthquakes of Nepal, citizen journalists have demonstrated their ability to provide first-hand accounts of news events in many ways. Mere moments after the Mumbai attack in 2008, for example, ordinary people, who were witnessing the unfolding drama, posted messages on micro-blogging sites, such as Twitter and Facebook. Footage captured on mobile phones by guests trapped in the hotels was shown on national news channels.

The Telegraph, a British broadsheet newspaper, reported that tweets were posted on Twitter at a rate of around seventy tweets every five seconds when the tragedy first broke out. Although the initial circulation of news included little detail, these tweets provided a wide array of news perspectives, giving a strong sense of what was going on during the attack.

The high-water mark in the history of citizen journalism in South Asia is perhaps the reporting of the 2015 earthquakes in Nepal, in which citizen journalists provided news stories in a variety of ways. Just hours after the 7.8 magnitude earthquake devastated the country, citizen journalists posted live footage of the earthquakes and crying victims on Facebook, and tweeted messages, coordinating volunteers and calling for friends to mobilise quickly to help relief efforts. Some prominent blogs including mysansar.com published eyewitness accounts of aftershocks, updating readers regularly with news and requests for help. As a result, the key source of breaking news about the earthquakes was no longer the radio, television, or newspapers but citizen journalism.

Agence France-Press reported that even the Nepali government got in on the social media act, pushing communications online, tweeting updates and creating its own online news portal. For those living out of the country, citizen journalism was the main source of communication about the developing situation in Nepal. Some commentators even remarked that the coverage of the earthquake by ordinary people signaled the beginning of real citizen journalism in the country.

One of the most visible dimensions of citizen journalism in the region is perhaps the participation of the South Asian diaspora in the news media from around the world. With an increasing trend in the world towards globalization, the South Asian diaspora is now living in different parts of the world, and they are increasingly engaging in discourses on a wide range of issues, from politics and economy, enhancing knowledge and sharing experience they have gained in both homelands and host countries.

Moreover, citizen journalism is helping them educate themselves about the culture and political systems of their host countries while also forming their own community online. Using minimal resources, they are able to engage in an activity that has the potential to create changes in a restricted political environment in their home countries. This is evidence that citizen journalism in South Asia has further widened the parameter of public participation in discourse on issues of public concern by enabling activism, sparking debates and highlighting critical perspectives on governance, democracy, and other issues.

The author is a researcher, associated with South Asian Media Studies Centre, UK

Be the Captain of your own ship

Dear Malvika,  I am a 23-year-old man currently studying master’s degree. These days I feel that my best friend, a... Read More...

Create your own job

You probably are familiar with these amazing headlines: “9-year-old boy joins the millionaire club”, “Brothers aged 10 and 12 launch... Read More...