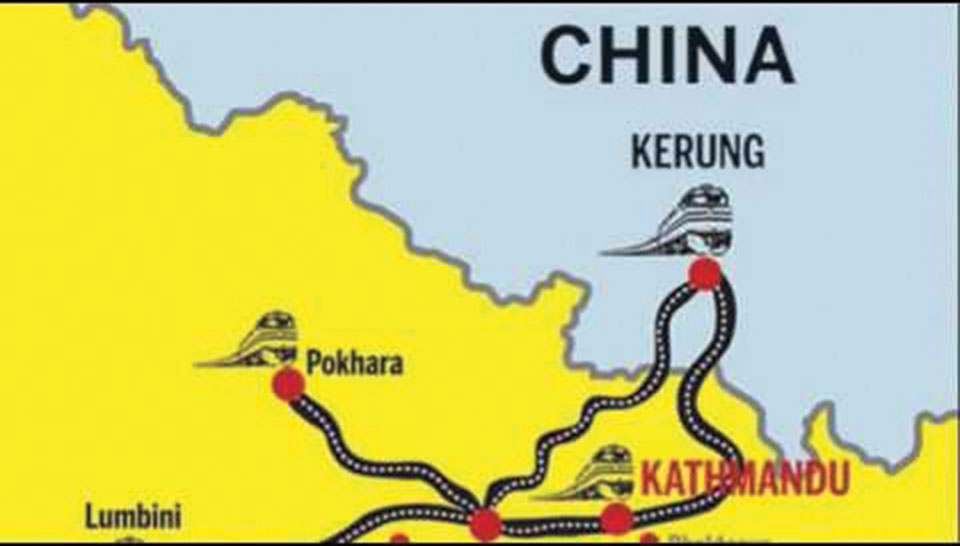 Tibet’s first asphalt road was built in 1985. Before that China rapidly built low quality roads in Tibet in the late 1950s, and they were designed to connect Tibet with the mainland China than with Nepal or India. Consequently, Tibet’s trade volume with both India and Nepal decreased in the aftermath of Chinese annexation of Tibet. Nepal had actually lost a lot from the events of the 1950s. Tibet was like a tributary state to Nepal, paying Rs 10,000 per year to Nepal for almost a century. Nepali merchants paid less in tariff than other foreigners, and enjoyed many privileges in Tibet. With the assertive Chinese government now in Tibet, Nepal lost all those privileges. Chinese did provide lump sum compensation in 1956 in lieu of the yearly tribute but that did not account for the intangible benefits.

Yet, surprisingly, many Nepalis were not unhappy with a strong neighbor in the north. An assertive, friendly and strong neighbor in the north could be a deterrent to equally assertive southern neighbor. However, China in the 1950s was neither a rich nor a strong country. The middle kingdom had been humiliated by Western and Japanese powers since the mid nineteenth century. Even after the declaration of People’s Republic in 1949, the Russians were still humiliating the Chinese. Mao was treated like a small brother by Stalin in his maiden visit to Moscow. The Americans humiliated China in the Korean War. But even in those days, Nepalis searched for a sincere, genuine and reliable friend in China. When Chen Yi, Mao’s Sichuan born foreign minister, declared in Beijing in 1962 that an attack on Nepal will be considered an attack on China, many in Nepal rejoiced even though he was probably not serious about what he said.

The Sino-Nepal treaty of 1791, signed during the reign of Qing Emperor Qian Long, actually had the provision of providing mutual assistance when a signatory party is threatened by an aggressor, but despite Nepal’s repeated pleas during the Anglo-Nepal war, the Chinese refused to help. In their reply, the Chinese claimed that both Nepal and Britain were their vassal states, and they traditionally did not intervene in the mutual matter of their vassal states. This had deeply disappointed Nepalis at the time. But Nepal had no choice. Nepal continued to pretend as if China and the Chinese Emperor were Nepal’s good friends, genuinely interested in helping us. The Nepali king basically took a cavalcade of Nepali soldiers and received the missive of the emperor with a lot of fanfare, including saluting the missive by firing canons, within the visual range of the British resident. The East India Company’s resident Brian Hodgson wrote to his sister how ludicrous it used to get in Kathmandu. The resident suspected it was all a mere show, but the British continued to consult with the Chinese on Nepal matters until late.

With this political history in mind, let’s look at the geography. The Tibet Autonomous Region (TAR) is about ten times bigger than Nepal, stretching all the way from Myanmar to Kashmir.  But it is a sparsely populated region, and even now the population of whole TAR is just slightly above three million. Qinghai, the neighboring province on the way to mainland, has a population of about five million, despite being five times bigger than Nepal. Therefore, the most significant connection Nepal will have via Tibet is to Chengdu in Sichuan, which is roughly at a distance comparable to the distance between Bangkok and Kathmandu. The connection with China, for all practical purpose, is a difficult proposition.

Our forefathers knew this. Nepal used to send quinquennial missions to Peking since 1792, but that was stopped after the fall of Qing dynasty. Even before that the rulers in Kathmandu felt the trip was cumbersome and insecure to make. Many members of the mission died during these trips. Rana rulers, who in 1905 allowed British to undertake the Younghusband mission to Tibet against the spirit of Sino-Nepal treaty, had lost faith in China’s ability to defend her territory after the opium war of 1842.

The impregnable mountains that separate Nepal and China and the unforgiving weather there have made Nepal and China “good” friends. Countries bordering China include Vietnam, Laos, Myanmar, India, Bhutan, and Nepal all the way to the Korean peninsula. China enjoys smooth relation like it has with Nepal with few of her bordering countries. Harsh geography forbids us from conducting large volumes of trade. Last year, only three percent of Nepal’s total trade was conducted through the customs posts between Nepal and China. Many businesses who import goods from China actually bring them via India.

The projected cost of Kerung-Kathmandu railway is said to be about 2.5 billion dollars. A study of 58 mega railway projects by professor Bent Flyvberg of Oxford University shows project cost on average escalate up to 44.7 percent of estimated cost. Thus Kerung-Kathmandu railway may as well cost more than 3.5 billion dollars. Clearly, the Chinese, who last year provided US$58.7 million in aid to Nepal according to the Ministry of Finance, are unlikely to bear the whole cost of this project.  The Chinese already have what they want in Nepal: enormous goodwill, access to practically all leaders, and unanimous support for two issues that they most care about (that Tibet and Taiwan are two inalienable and integral parts of China). Will they invest more to get practically nothing?

Add to it the fact that they will have to construct a 540-kilometer of railway connecting Kerung and Shigatse, the nearest point from Kerung where a railway station exists. If building a 70-kilometer of a railway line on Nepal side costs US$3.5 billion, building 540 kilometers of railway on the other side (which has soft soil, sparse population and extremely cold weather at generally a very high altitude) may cost more than US$ 15 billion. Will China, still struggling to modernize many of its cities and villages, invest such a huge sum building an infrastructure in a territory where hardly any Chinese live?

Let’s look at the alternatives. Building a four-lane expressway to Kerung from Kathmandu will likely be accomplished in one third of the proposed railway cost. The road from Kerung to Lhasa is something China seems keen to build. If India builds a good quality Shillong to Mandalay (Myanmar) highway, and if Sino-Myanmar connectivity improves, Nepal can reach dense central and south eastern part of China from that side as well. Given our trade volume, these connectivity options should serve us adequately for the next one or two decades.

Unfortunately, connectivity between countries is not merely an economic decision. Given the trauma of periodic Indian economic embargoes on Nepal, there exists a significant support for the trans-Himalayan railway project, even if it means paying more than three billion dollars from Nepal’s own treasury. Many Nepalis take the decision to build this project not just as an economic decision but as a strategic decision. The main difference between an average Indian and an average Nepali is that the latter doesn’t fear China. Nepal, after all, had militarily interfered in Tibet’s internal affairs in 1790. Manjushree, a Chinese monk from Wutaishan, was the founder of Kathmandu Valley, and notes written by Nepal’s influential Prime Minister Jung Bahadur Rana (1846-1877) indicates that Nepalis in his time believed the Chinese were descendants of sage Shringi, a figure from Mahabharat. Historically, Nepali artists and monks had been to China and left indelible impression in Chinese cultural life.

Yet the question for many in Nepal is whether the Chinese are serious about building the Kerung-Shigatze railway.