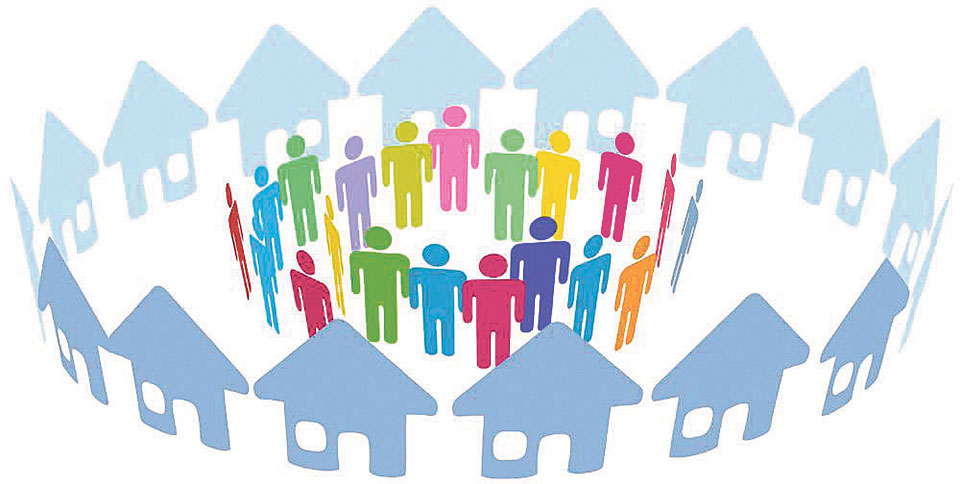 Federalism is as much about devolution of political rights as it is about development rights. Delivery of basic services is now the responsibility of the local governments
Last month, some of us met visiting executive directors of the World Bank in Kathmandu. The fact that nine of 25 EDs came to Nepal demonstrated a level of curiosity the bank has about Nepal now. Nepal also seems to be increasing its engagement with the bank by entering into new loan agreements and starting new projects. Given the prevalence of both cost and time overrun in most of the projects in Nepal, one of the topics of discussion was “science of delivery”—how to improve the delivery of projects in Nepal.

Money is only one of the many constraints to building good roads, railways, or water project. The delivery of the final product always depends crucially on the availability of appropriate manpower at each stage of production. Nepal has historically been cavalier about preparing the manpower for its key projects. In their book, Planning for People, Ludwig Stiller and Dr Ram Prakash Yadav chronicled the problems Nepal faced between 1952 and 1978 and preparing manpower for our need was a major concern then as it is now. There is a significant confusion about what to do regarding preparing manpower and even ordinary people know it. This has led to the widespread incredulity regarding any claim government makes about preparing infrastructure. The longer we take to solve these problems, the more intractable they will appear.

We perennially pointed to the non-inclusive and inept government at the center for all the failures in delivering the development projects. Federalism in Nepal is as much about the devolution of political rights as it is about the development rights. Delivery of basic services to people is now the responsibility of the local governments.  Their ability to complete a project matters.

I went to Birgunj the following week after meeting the executive directors. The 20 KM-long road from the Simara airport to Birgunj was still under construction, and this has been so since more than five years. Finding a similarly neglected industrial corridor in any other part of the world would not be easy.  While the mayor of Birgunj is probably one of the best in terms of individual charisma and capacity, he has also been limited in what he can do in terms of building infrastructure, promoting businesses, and improving services to people. Part of it is due to failure of coordination between different governments. The local governments feel left out in many ways and many are not confident about their authorities. They are learning about them in many cases by slowly practicing and measuring their extent.

Science of Delivery at Microlevel
At the municipality levels, the judicial authorities are invested with the deputy mayors, 91 percent of whom are women. Many in media have failed to notice this but these judicial services have so far been relatively free of controversy. Blatant instances of injustices have not surfaced in media.

There are many other good things going on with the municipalities. The chief administrative officers everywhere would tell you that there has been no interference from the center. A chief administration officer of a powerful municipality once told me: “I have not seen the secretary, joint secretary, or anyone of that level here yet. I do not need them either. Mayor has the right to approve almost all my requests.” So the spirit of federalism is more or less intact. Indeed, many mayors have criticized the central government but none so far has accused the central government of interfering in the work.

Municipalities have not borrowed loans so far. While many stories of corruption have surfaced, the fact that they could not strategically borrow and leave it to the future local governments to repay imposes a limit on how bad they can be. The corruption, so far, is limited to the misuse of allocated fund which in some cases were raised by arbitrary taxation.

After almost three years, the performance of the mayors can also be ranked. Some mayors have been proactive: They have met with business leaders, one even organizing an investment summit (earlier than the province where the municipality was). Others have focused on improving the quality of schools and hospitals within their bailiwick.  Sure, a mechanism to reward good mayors and penalize bad mayors is missing, but this does not mean they cannot be ranked.

Weaknesses
Main shortcomings of local governments can be summarized in the following three points. One, lack of ingenious development initiatives at local levels has made it difficult to pick a stellar example. Many of us expected at least some of the mayors to rise above others and be prominent at the national level by now. In reality most of the mayors have picked up the weakness of the central government and competed to devise distributionary projects.

Two, local level planning is also a failure. Many of us, impressed by the study of the likes of Elinor Ostrom, expect the local governments to be expert in coming up with good plans for their area. Similarly, the capital budget expenditure record of local governments is probably not better than the expenditure of the central government. It is also now realized that at least there should be a centrally located institute that measures the performance of municipalities along different indicators. It can be one of those commissions (such as Fiscal and Natural Resources Commission) or another independent think tank, but it is needed now to aggregate individual level data and prepare an independent ranking of planning and delivery.

Three, they are weak in coordinating their works with neighboring municipalities. It is difficult to find jointly run infrastructure projects and this implies that the possible gain from economy of scale is missing. Some of us were hoping that municipalities will work together and many may realize that they can work better by integrating with each other, thus slowly reducing the number of municipalities. This is yet to be seen.

Many local governments find the limit of their capacity only after they start a project. This is a costly way of learning, but that is the only option available now. The limited level of communication between the administrative and political leaders of local governments and other level of governments should be a major concern for future execution of projects. For the federalism to function properly, the learning of the science of delivery should be relatively error free and fast.

KATHMANDU, May 4: The government on Wednesday signed an agreement with the World Bank (WB) to get a loan of USD... Read More...

WB projects economy to grow at 6.4%