Why Tansen deserves a place in the World Heritage Sites 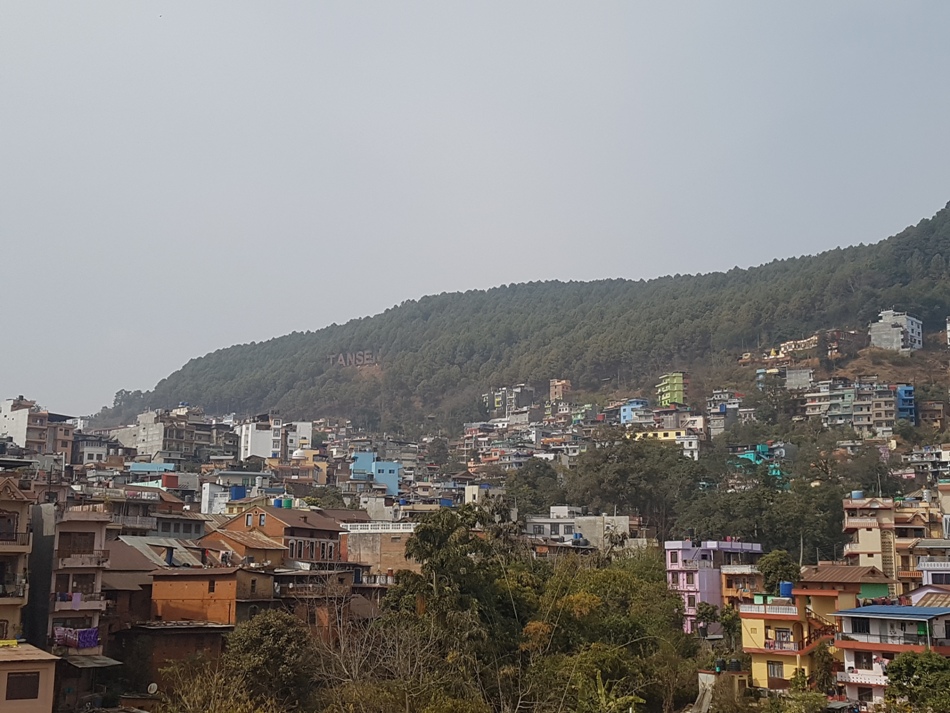 Tansen is a testament to the living heritage and architecture of the Newa civilization outside the Kathmandu Valley.

Surrounded by panoramic views, the mediaeval town of Tansen was included in the tentative list of the UNESCO World Heritage Sites on January 30, 2008. However, it is yet to be included in the full-fledged list.

Tansen, a typical traditional town of the Lumbini province of the western Nepal, is located at an altitude of 1372 meters on the southern slope of the Shreenagar hill. The medieval history of Tansen dates back around the period of the 11th century. The region was part of the Barha Magarat, the twelve territories, administered by the Magar rulers. According to Chhatra Raj Shakya, an eminent scholar of Palpa, the word “Tansen” comes from a composite word tan-sing of a local Magar dialect, which means northern settlement.

Nevertheless, Newa migrants from the Kathmandu Valley over time developed the hill town as a market centre. Their expertise in the metal crafts is well shaped in the form of artistic bronze water jug called Karuwa which has been well established as an iconic signature of Tansen, Palpa.  There are a number of other artistic bronze and brass items—like wine jug and utensils—made in Tansen. Tansen is also well known for handloom woven colourful fabric popularly known as dhaka. Dhakatopi, the male head wear made from the colorful fabric, is popular among the people of Nepal. The fabric is also used to make female outfits like blouse and pull over. Dhaka outfits are significantly used in august ceremonies like marriage and other religious and cultural rituals all over Nepal.  Nepalis living outside Nepal also proudly use dhaka outfits on special occasions.

Tansen is a testament to the living heritage and architecture of the Newa civilization outside the Kathmandu Valley, which matches with the criteria three of the UNESCO World that says the cultural site should  “bear a unique or at least exceptional testimony to a cultural tradition or to a civilization which is living or which has disappeared”.

Palpa was under the rule of the Sen Dynasty from 15th to 18th century. Several ruins and remains of the Sen period are found in Tansen and its peripheral areas. Temples, monasteries and sculptures such as the Bhairab Temple, Purankot Durbar, Srinagar Durbar, Bansha Gopal, Mukundeshwar Mahadev, Amar Narayan Temple, Ran-Ujereshwari Bhagawati Temple and Tansen Durbar are the prominent monuments of Tansen.  These monuments meet the fourth criteria of World Heritage sites that states the sites should be an outstanding example of a type of building, architectural or technological ensemble or landscape which illustrates significant stage in human history.

The centuries-old Bouddha Vihars are life and soul of the native Buddhist people of Tansen. Anand Vihar, built in 1863 and Mahachaitya Vihar, built in 1883, are the oldest Buddhist monastic courtyards known for artistic brass and bronze works. Newa culture is strongly rooted in Tansen with its distinctive architecture in narrow cobbled streets with the buildings ranging from stupas to chaityas to courtyard structures and distinctive houses.

Ashok Kumar Shahi, Mayor of the Tansen Municipality, says, “Our authentic way of life and our abundant natural and build heritage make Tansen a happy and memorable experience for the visitors.”  Mayor Shahi has also expressed his commitment to extend all possible efforts from the municipal level to conserve the tangible and intangible heritages of Tansen and its peripheral areas.

Among the distinctive cultural heritages, the festival of Bhagwati Jatra is most unique, which is observed every year since 1820 to commemorate the victory of Nepal in the Anglo-Nepal war of 1815 that was fought in Jitgadhi in Butwal, 40 kilometers south from Tansen, which was under the jurisdiction of the Palpa regional administration. 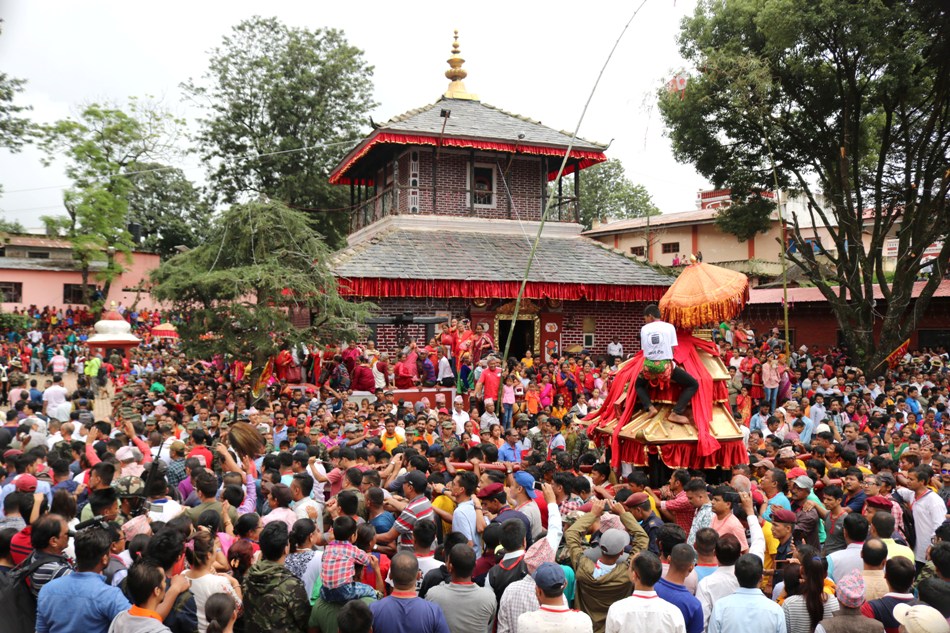 Colonel Ujir Singh Thapa Magar, the then Governor of Palpa, led the Nepali troops against the strong 4000 British troops including 1000 native British.  Legend has it that Colonel Thapa Magar, before setting off to the battlefield, had offered prayer to the Goddess and vowed to build a pagoda style building in her name and to begin a colorful chariot procession with the state honor every year should he be victorious in the battle.

The temple has a unique inner circumambulating path surrounded by the Sun God, Lord Vishnu, in the niches at the four corners. Inside the temple, the idol depicts Bhagwati with 18 arms astride a lion.  The temple priests are Buddhist belonging to Bajrayani cult and they take care of daily rituals of a Hindu Goddess.

The culturally rich medieval city of Tansen deserves a place in the UNESCO World Heritage Sites.

Man shot dead accidentally by his own father

KATHMANDU, August 14: Dhan Bahadur Lamtari, 35, was pronounced dead on Friday after getting shot by a hunting rifle in... Read More...

PALPA, Jan 15: Paragliding has been successfully undertaken at Rampur of Palpa district. Its successful test was done on Monday... Read More...