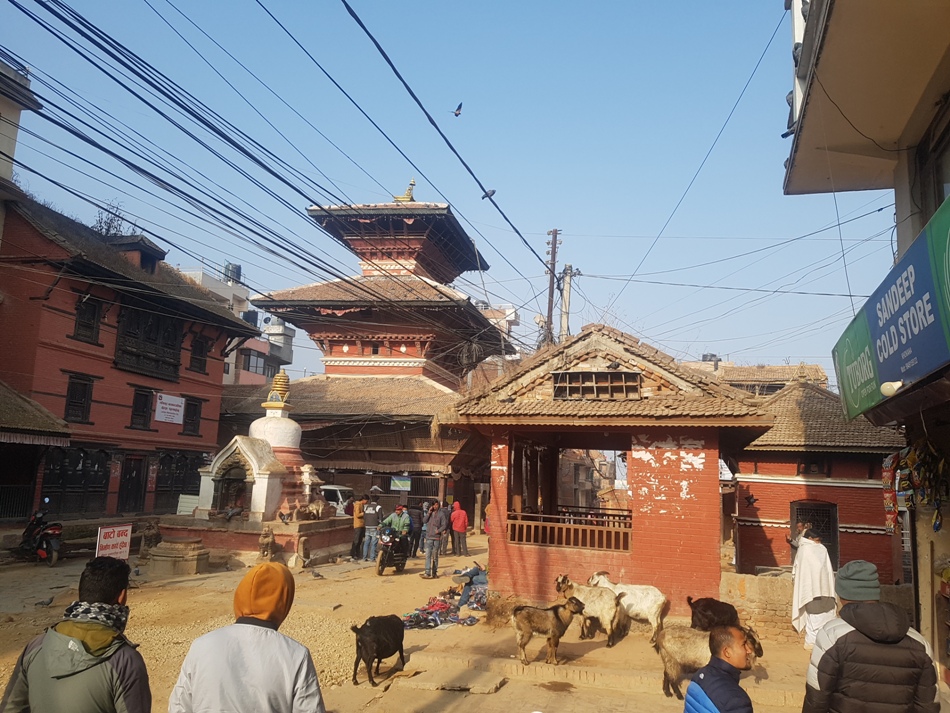 Government of Nepal, Lalitpur Metropolitan City and Civil Society should come together to approach UNESCO to include Khokana and its traditional mustard seed oil industry in the full-fledged list of UNESCO World Heritage Site.

Khokana is a medieval village of the Newa natives situated in the southern belt of the Kathmandu Valley.  According to the experts, Khokana village can be taken as a model of an archaic human settlement design with an arrangement of ponds and choks (crossroads).  Like elsewhere in the Newa settlements in Nepal, Buddhist stupas and Hindu temples stand in the choks and walkways of the village representing the cultural and religious harmony of the people.

The farmers dominated vernacular village, which is rich in cultural heritage, has been recently included under the jurisdiction of the Lalitpur Metropolitan City. It has already been a quarter century since Khokana, which is known for mustard-oil seed industrial legacy, was included in the tentative list of the World Heritage Sites on 23 May 1996.

Khokana has a privilege to be the first village in Nepal where the electric lamp was lit in 1911 when Chandrajyoti Hydro-electric Power Station, the first ever power station of Nepal, made a test run. Later, Nepal Electricity Authority took over Chandrajyoti Hydro-electric Power Station and renamed it Pharping Hydro Power Station and had since been smoothly running the power station till the late 1990s. In 2010, it was declared a Living Museum by government of Nepal and was open for public.

Khokana is rich in cultural heritage, both tangible and intangible, where traditional values are part of the lifestyle of the inhabitants.  Their year-calendar is packed with the festivities and other cultural activities attached with the local heritages.

A predominant three-storied temple of Goddess Rudrayani is situated in the ChweLachi square in Khokana. Goddess Rudrayani, another venerated form of Goddess Durga, is the mother goddess of the village. The temple with the finest wood carving work in the slanted struts was built during the reigns of King Amar Malla in 1513 AD (Nepal Samvat 633).  Originally, the temple was constructed as six-storied structure, which was reduced to three-storied structure after the three top layers of pagoda roof fell during the earthquake of 1934.

Tangible and intangible heritages are still intact in Khokana. Construction of the monuments and initiations of intangible heritages date back to Kirat and Licchhavi periods. For example, performance of Kipamuga during ShikaliJatra resembles the act of kipat collection, which is Kiratitradition of land revenue collection. There is a hearsay about YalambarGuthi in Khokana.  The stone inscriptions attached to the four idols of God Ganesh have reflection of Licchhivi period.

The villagers do not rear chickens and pigs.  It is believed that the tradition of banning chickens and pigs is continuing since the periods of GopalVanshi and Mahishpals. The continuity of the tradition and inscription may help the researchers to prove that the human settlement might have started much earlier than the medieval period.

Seven-day long festivities of RudrayaniJatra integrated with SikaliJatra are celebrated each year during Dashain festival. However, the native people of Khokana do not commend the Dashain celebration.

Mustard seed oil production is continuing in the forms of centuries old traditional form of cooperative society in Khokhana. UNESCO is extending support to the traditional oil mills from time to time. However, there is decline in the yields of crops including mustard seed in the village.  The farmland is not receiving enough water for irrigation after the destruction of Rajkulo, the ancient irrigation canal.  According to the localsthe destruction took place during the construction of roads and ill-planned process of urbanization. Efforts are being made by the locals and the farming entrepreneurs to increase the farmland for the production of mustard seed in the neighbouring district of Makwanpur.

The traditional oil millers are facing other challenges as well. They include the cost of production to compete in the market. They are still carrying their production door-to-door in the city in tin jars for retail sales. Recently they have started bottling the oil manually.  Efforts need to be made to introduce the cheaper way of packaging for easy distribution with affordable cost.

At the end, it is time for the government of Nepal,Lalitpur Metropolitan City and Civil Society to come together to approach UNESCO to include the vernacular village of Khokana and its traditional mustard seed oil industry in the full-fledged list of the UNESCO World Heritage Site.

Monsoon to be more active in next three days, DoHM urges all to adopt necessary precautions
39 minutes ago

Three killed in lightning
59 minutes ago

Man dies after falling off a cliff
1 hour ago