KATHMANDU, June 3: The World Health Organization (WHO) has said that no new variant, other than the previously confirmed ones, has been detected in Nepal. 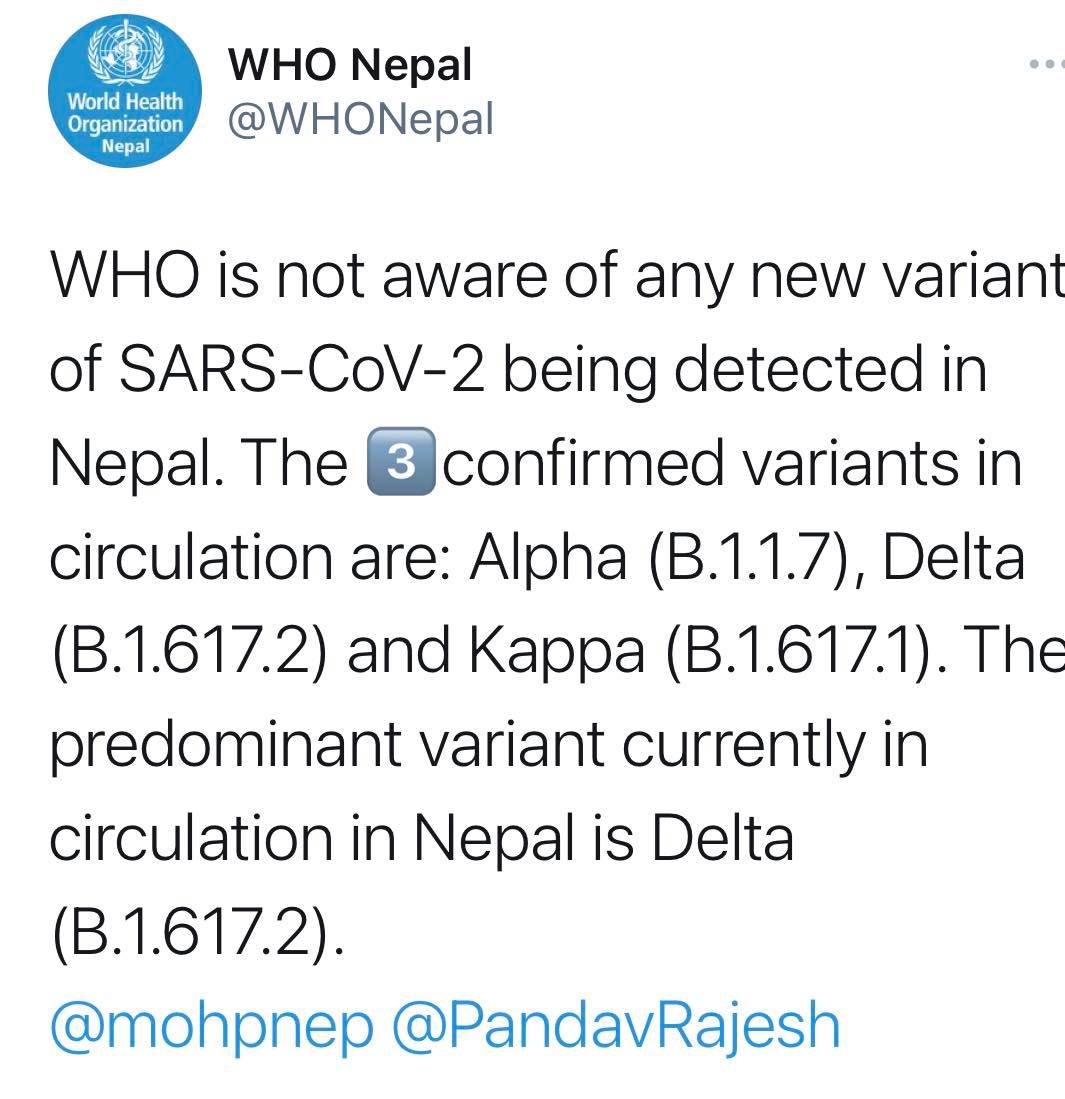 WHO’s statement comes hours after the British tabloid Daily Mail UK on Thursday reported that the country’s foreign holidays are under threat because ministers are worried about a new Covid variant. “Scientists have alerted ministers to the mutant strain – thought to have originated in Nepal – which has apparently spread to Europe. They fear the strain is resistant to vaccines,” reported the paper. 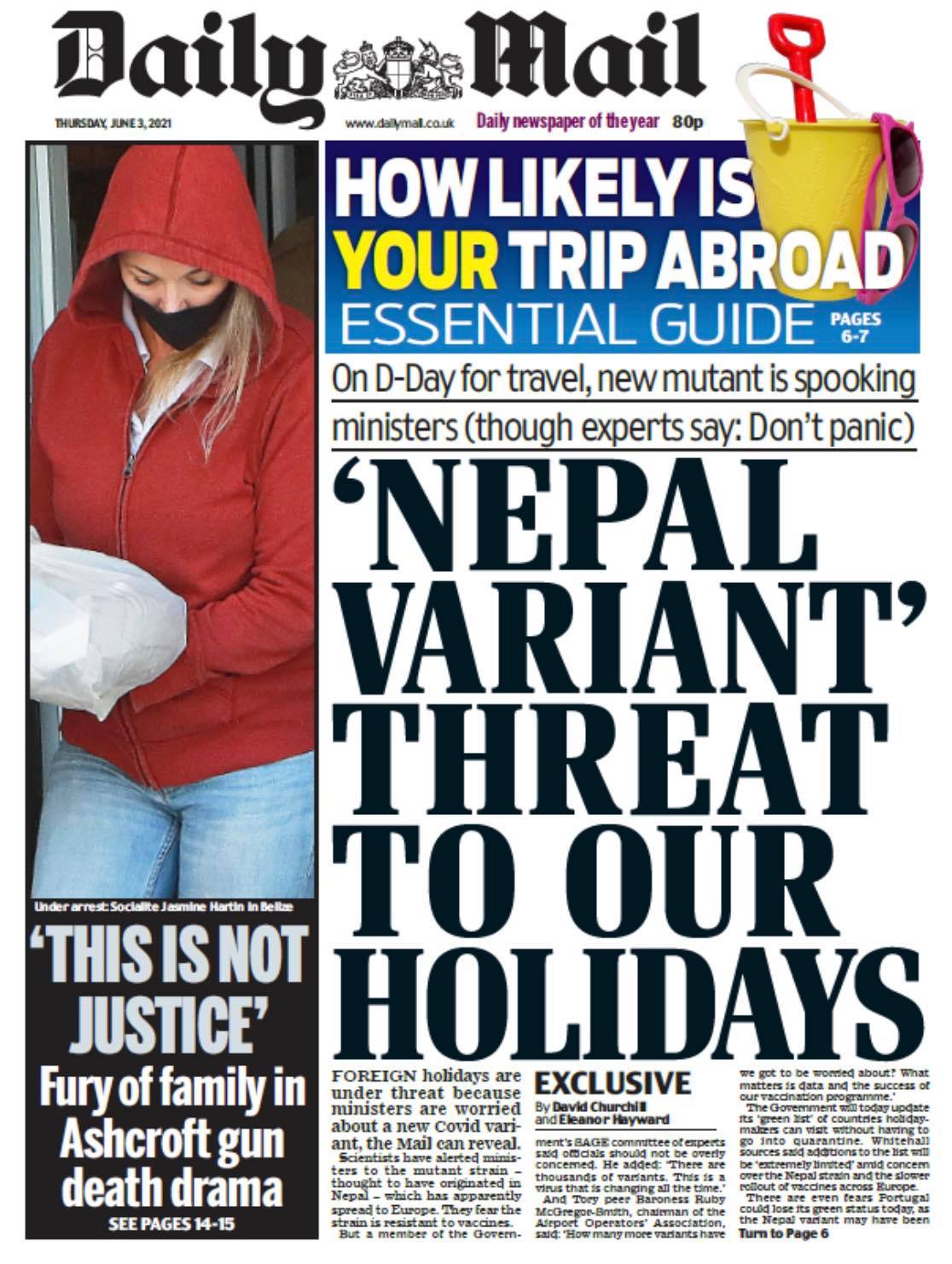 Earlier, the Ministry of Health and Population (MoHP), on May 18, also confirmed that Alpha (B.1.1.7), Delta (B.1.617.2) and Kappa (B.1.617.1) were detected through a gene sequencing carried out at CSIR Institute of Genomics and Integrative Biology in India, a WHO-recognized center of excellence in genomic sequencing.

The British tabloid, however, wrote that the scientists warned of a new variant identified on Wednesday night.

The Ministry of Health and Population (MoHP) also refuted the detection and presence of a new variant in the country. The ministry’s assistant spokesperson Dr Sameer Kumar Adhikari said that the government would proactively study in such cases. “So far, no new variant has been detected. We have confirmed three variants only,” he added.

KATHMANDU, July 3: Officials said that 3,066 more patients recovered from the coronavirus disease across the country on Saturday. ... Read More...