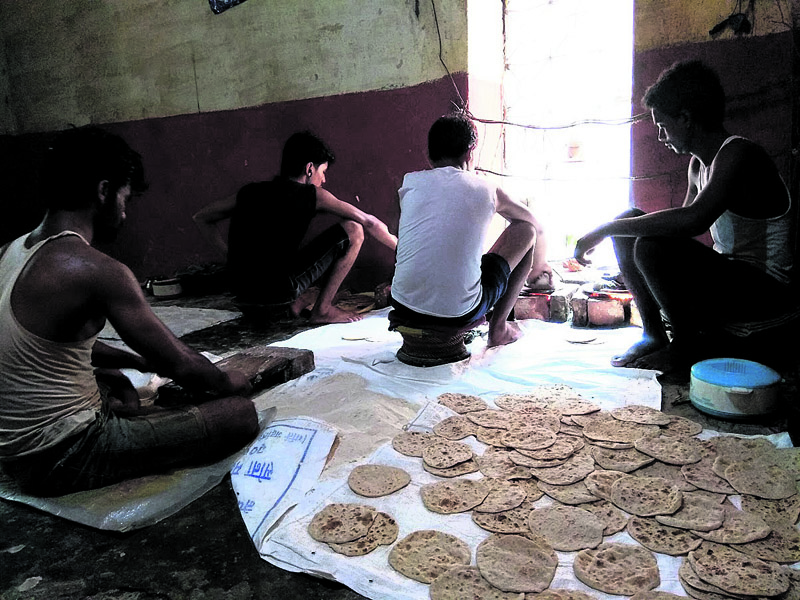 Six years ago, Rakesh Tamang of Itahari-4, killed one of the locals of his community. He is still serving a jail term in the regional prison of Jhumka, Sunsari but these days he isn’t only a prisoner. One will find him delivering lessons on ethics, morality and discipline to other inmates.

Currently, Tamang works as a city commander in the internal administration of the prison. He has also formed an internal committee which aims to manage and monitor the prisoners.

“After coming to this jail I feel like I have changed for better,” he reflects. This is not only his observation. Tamang is known in prison as someone who helps resolve conflicts and promotes brotherhood and peace within the institution.

One might not expect a prison to change criminals’ lives drastically. But this is what has happened in regional prison of Jhumka. Jail here, says Tamang, is like a school for many.
Tamang is guilt-ridden. He describes his mistake as “inhuman crime” committed “under the influence of bad company.” He acknowledges his share of the blame. So he has been serving the sentence earnestly.

Tamang is not free. The regional prison of Jhumka, Sunsari keeps close watch on every prisoner.

Tamang takes it upon himself to explain. “Officials of the prison and ward committee inspect our day to day work. There is also another committee above them which controls and watches the said officials.”

But still, there is something positive about the environment in this particular jail. For instance, after six in the evening, prisoners regularly discuss the activities and works they are involved in. They are also provided with counseling sessions.

Further, there is a staff member called Ram Bahadur Budhathoki. One of his main jobs is to regularly listen to grievances of the prisoners and report to jail administration in order to solve them. For all these reasons, the regional prison is recognized as the most well facilitated prison of the country.

Yadunath Ghimire of Okhaldhunga, a prison inmate, has felt the change in Jhumka prison. He had served a jail term of one year in Okhaldhuga based prison. In Jhumka he feels like “going to university”.

Like other prisoners, both Tamang and Ghimire have to abide by strict rules and disciplines. They are supposed to wake up as early as six am, after which they engage in exercise and sports.

From 8 am to 10 am they read newspapers and other materials. They are involved in cooking and cleaning activities from 10 to 12 am. The time between 12 to 2 pm is allocated for rest. From 2 to 4 pm they roam around the prison. Those who have to cook take up that responsibility.

In the evening, after the jail administration has finished taking their attendance, they are even allowed to watch movies, sitcoms and other entertaining programs in groups. “Our routine is like that of a student,” says Ghimire.

Yadunath Ghimire says that free and fair environment of the prison has made him feel more like a human being than a prisoner. People like him become more mature during their tenure in jail, says Ghimire.

The free environment could have been dampened after an incident on August 7, 2012. Total of 12 criminals had escaped the prison by digging a tunnel. Thereafter, the administration could have adopted harsher means and methods to control their inmates. But they did not—thanks to human sensitivity. The administration tightened the security but they also started a campaign to educate the inmates.

Currently, there are 1,452 inmates in the prison and if they wish, they can pursue studies from school level to Master’s degree. They can go to the library and study.

Ram Budhathoki, who has been imprisoned for drug abuse, has been using these facilities. After years of trying to fight his impoverished circumstances as well as tackle his addiction, it’s here at the jail, that he explains he has found a new life.

“I had almost ruined my life. I had certainly hit my rock bottom and couldn’t see a way out,” shares Budhathoki. “Who knew I would find salvation in prison? I didn’t know it was possible but right now I am experiencing it.”

Officer Khadga Rai, from his guard station at Block no 2, reveals more about the inmates. Most of them haven’t only been trying to silence their inner demons, finding ways to calm their temperament and educating themselves, but they also think of their families back home.

Many of the inmates come from poor households. Since supporting their family was a major issue, the prison has also found a way to help them with that. “Most of them proudly send money back home which helps in sustaining their poor families,” says the guard.

This has been made possible with the sewing and weaving lessons. Prisoners can choose to enhance their skills with these lessons and partake in manufacturing certain products.

Almost 500 inmates from Block 1 and 2 of the prison have taken up this job. They are currently involved in making bamboo stools. They make about 3,000 bamboo stools in ten days. Each prisoner earns almost Rs 3000 by selling their products.

Again, the inmates at the regional prison of Jhumka seem to appreciate their fortune. They only have to compare with their experiences in other jail facilities. In fact, there are many who find themselves doing just that on a regular basis.

“Previously, I was kept in a Morang jail,” says Raj Kumar Yadav of Morang, Urlabari who has been punished in charge of murder.  “Coming here, I am surprised how my own perspective of prison has changed. This has helped me improve as a person, a family man.”

He is grateful to the prison management. “Here they don’t make me feel like I am in prison,” he says.

All this has helped regional prison to become an example for the rest of the country. Traditional school of thought may dictate that we treat criminals with the same level of cruelty that got them in prison, but where teaching better lessons of life and humanity is concerned, the softer, more dignified approach clearly yields better results.
Jhumka prison is planning to conduct cultural and musical program twice a year for prisoners to make them more confident.  Yadunath Ghimire sums it up well: “With the right circumstance, jail can prove to be a better teacher than universities.” 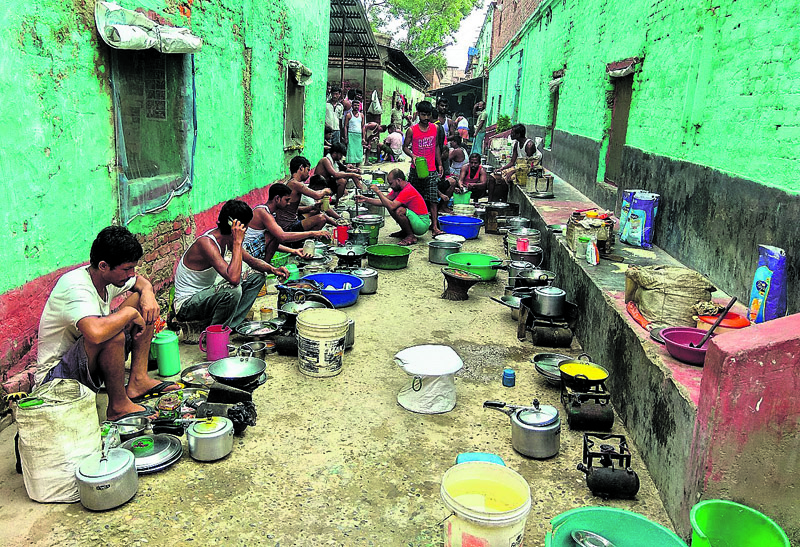 BEIRUT, June 27:  The Latest on the White House saying it has "potential" evidence that Syria's government is preparing another chemical... Read More...

“Mr Prime Minister, how would you feel if you didn’t get a kidney ahead of transplantation?” (with video)
23 hours ago