What will become of Kathmandu? 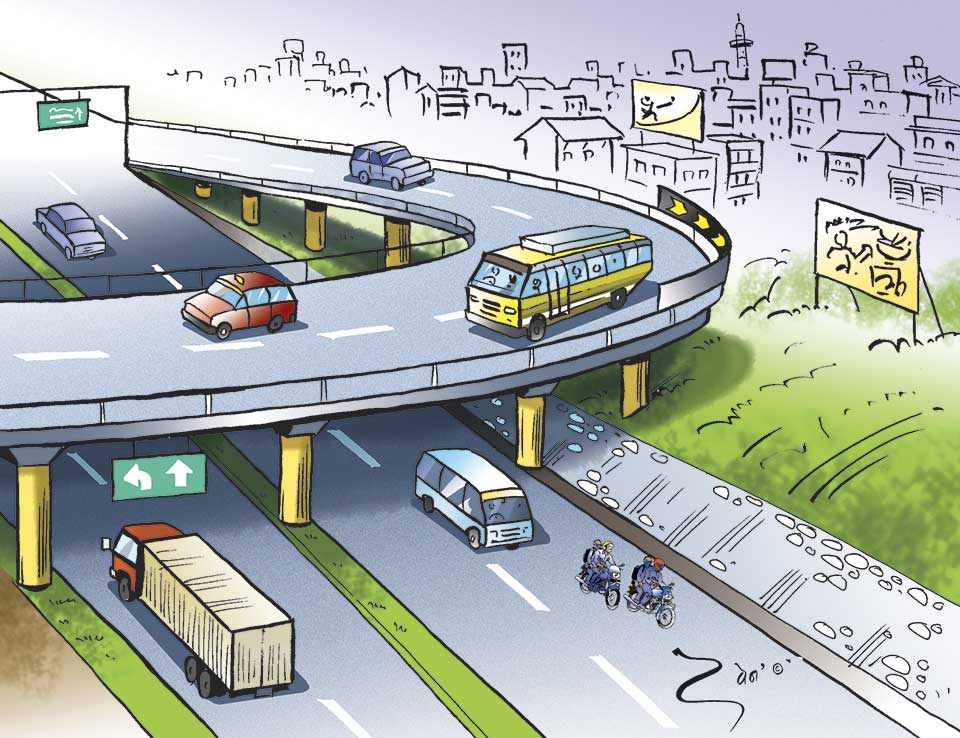 Shrestha is a growth advisor and management consultant helping start-ups and established companies improve operations and create new strategies for growth and efficiency. She has an MBA from MIT’s Sloan School of Management.
news@myrepublica.com

What will Kathmandu offer in the next 10 years to generate revenue? Why will anyone stay in Kathmandu when other provinces become more business-friendly and livable?

The seeds of decentralization have already been sown. It is only a matter of time for the trees to grow and for the nation to reap fruits. But who will eat these fruits if we do not ensure that development is egalitarian? I am talking about Kathmandu.

Kathmandu is a land that gives. Strategically positioned valley buffered by snow passes in the north and feared malaria in the south, it used to be a trading hotspot, a melting pot. It gave people fertile soil and unparalleled biodiversity. So much so that there was always an excess that its inhabitants were probably the first ones to en-mass experience the higher levels in Maslow’s hierarchy of needs.

Science, arts and culture flourished, and spiritual existence thrived despite odds of having Hindu rulers and majority Buddhist subjects. Biodiversity was such that in 1802, 27 species of flowering plants were introduced to the world from Swayambhu (or Semgu its native word) alone by Francis Buchanan-Hamilton. The knowledge for ancient water management system paralleling or perhaps even surpassing the roman aqueducts existed whose remnants can still be seen in the form of stone sprouts (“hitis” as they are locally called). Even when the Christian missionaries came in the 16th century, it opened its doors. While they were exiled subsequently after Prithvi Narayan Shah came, it nevertheless had provided them a space in the heart of Kathmandu. In the 21st century, during the bloody Maoist revolution, that saw an exodus of people leaving rural areas for Kathmandu, it persevered.

Kathmandu will be a perfect text book case study of what not to do, how not to chip away at comparative advantage history and nature has bestowed.

Houses crawled on the hills, farm lands turned into bungalows, and Kathmandu gave everything that it could give to provide a safe sanctuary to people. It traded its ancient water management system for deeper foundation and taller houses. Many stone sprouts dried, and cherished old ways of doing things are all but vanishing, but Kathmandu still persists. It lives with the culture that it has always imbibed upon its inhabitants—compassion, empathy and sharing.

Ten years from now, when the roots of federalism will have deeply taken to soil, we can expect health facilities and exceptional educational institutions in each province if not in each district. No more will people have to make the painful journey to Kathmandu to get treated or get better education. Who will send their kids to Kathmandu to get “smoke lungs” for education that they can get in their own province? The government structures will have been built so that each person wanting to go abroad will be able to make their passports in their own province.

When international airports in Bhairahawa and Pokhara are built, 1600 people that leave Nepal every day won’t have to do so through Kathmandu. Kathmandu will have lost a lot of domestically generated economy. The tourists that want to get out of Kathmandu at the first possible opportunity won’t even have to come to Kathmandu.

When decentralization takes its routes, one must wonder what will become of Kathmandu in 10 years, 20 years and 30 years. It will present itself as a case study for every city in Nepal that wants to grow too fast, with unplanned urban planning and unbreathable air, stretching available resources.

The property valuation that sky rocketed in Kathmandu has already come to lower gears, and those people who poured all their life savings into this land, should start worrying whether they misjudged the importance of Kathmandu. In 10 years time, when other cities, which have not yet had the opportunity of being used (or abused), will flourish, Kathmandu needs to think what it will do to generate wealth. What will the people do who have sold everything they own elsewhere and invested in Kathmandu do? What will the people who have lived here for generations do?

Will it become home to industries that export to India and China? Will it become a home to headquarters of multi-province corporations? But why will they place their headquarters here, when other provinces might offer more appealing terms of incorporations?
Will it become a gambling place like Macao making revenue of visiting gamblers? But it doesn’t have any space left to build such spectacular structures anymore. It perhaps will be home to just the central government officers and the central government buildings. But in federal world they have limited role.

Perhaps Kathmandu will become an incubation hub for IT entrepreneurs catering to the world market. But which IT professional would want to live in a city that is ugly to walk around, difficult to breath, with no prospect of having children’s park for their children, no dog park for the single working professional looking for some company and no green space to invigorate their minds?

After you work out through the exercise of exclusion what Kathmandu can offer, it boils down to one thing: Tourism both domestic and international. That is where Kathmandu’s comparative advantage lies. Kathmandu can offer its culture for tourism. This is something everyone who has invested in hotels or real estate in Kathmandu needs to realize. It is not how much your land value will go up if the house in front of you is fallen and you get direct access to road.

Will your land be worth it at all? All the ships sail low when the tides fall. What will the land owners do when their land value falls to pre-Maoist revolution period, when one could buy an ana of land for few thousand, instead of millions of rupees? What will banks do when the collateral is no longer worth even half of the loan value?

We have politicians, bureaucrats and general population who are focused so much on the short term. When will they wake up from slumber? When there is a big crash in real estate, when every home owner will scramble for the same tenants, or when Kathmandu becomes completely empty?

What will Kathmandu offer in the next 10 years to generate revenue? Why will anyone choose to stay in Kathmandu when other provinces become more business friendly and more livable?

Kathmandu will be a perfect text book case study of what not to do, how not to destroy social fabric, and how not to chip away at comparative advantage history and nature has bestowed.

For the sake of long term economic prosperity there must be uproar in unison against the encroachment by the public servants paid by tax payers to destroy the old settlements of Khokana, which has the potentials of turning to another revenue generating city like Bandipur. There must be a public uproar against forceful road expansions without any critical analysis or even basic planning. There must be a joint effort to resist being told Kathmandu must be converted into a mesh of roads for cars, but not for humans. We must call for comparative analysis of other cities such as Kyoto or Athens to realize what development is not.

The government of CPN-UML and Maoist Center that seems to continue on path of previous governments of destroying temples and old settlements or not abiding by the conservation guidelines, may look north to China. China is trying to monetize on Tibet. Nepal has what China is looking for: Spirituality. Spirituality doesn’t come from concrete structures, or 24 feet wide roads, where everything is so cold. They come from monuments that give warmth, and transpose back to an era they can only dream of, away from their bustling lives.

Nepal needs imagination and needs to realize it doesn’t have to follow the same path of polluted rivers. Nepal needs to understand it has a big upper hand—thanks to the nature and its ancestors—to develop it as a hospitality hub, education hub and health care hub.
Before the World War II Winston Churchill held: “The arts are essential to any complete national life. The State owes it to itself to sustain and encourage them. The country possesses in the Royal Academy an institution of wealth and power for the purpose of encouraging the arts of painting and sculpture….”  During the height of the war when he was asked to cut arts budget to fund the war he reminded his government: “Then what are we fighting for?”