LAHAN, July 12: During a press conference organized at CPN (Maoist Center) Parliamentary Party Office, Singh Durbar, on Tuesday, CPN (Maoist Center) leader Krishna Bahadur Mahara had said that the party has sealed an agreement with the Nepali Congress (NC) on formation of a new government.

When asked by journalists about the agreement, Mahara refusing to divulge information and had said, “A written agreement has been reached, you will know about it by tomorrow.”

Republica Online has received a copy of agreement signed between CPN (Maoist Center) and NC. (See the digital copy below)

NC President Sher Bahadur Deuba and Chairman of CPN (Maoist Center) Pushpa Kamal Dahal had reached the agreement on a change in the government after rounds of talks.According to the source, leaders of United Democratic Madhesi Front (UMDF) were also present on the occasion when the draft of the seven-point accord was readied.

The agreement further states that both the parties will work to create an environment for all Nepalis accepting the constitution, implement the constitution, resolve the problems created by the earthquake, control inflation and black marketeering among others.

One of the point states that the CPN (Maoist Center) will withdraw its support to the government.The major coalition partner had withdrawn its support as per the accord today. 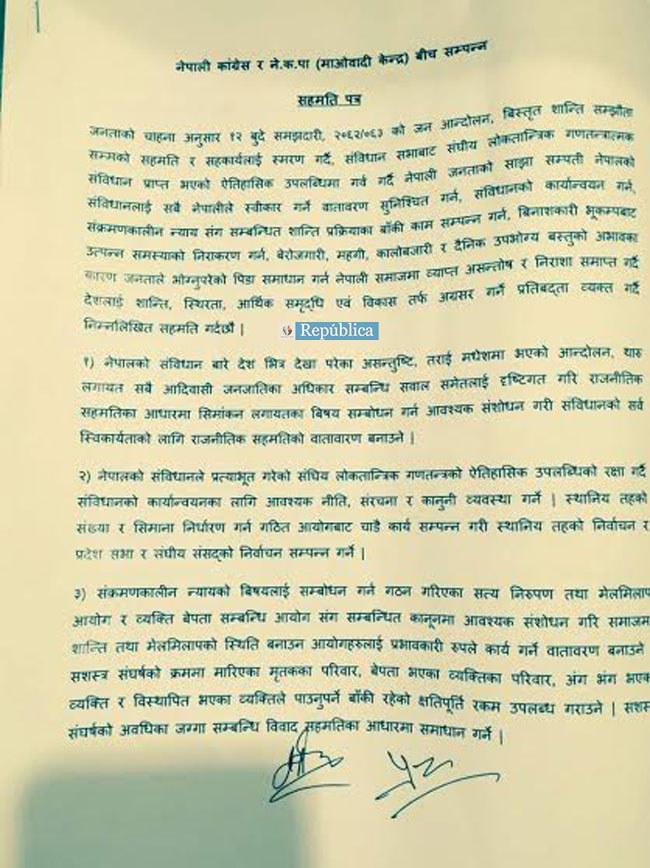 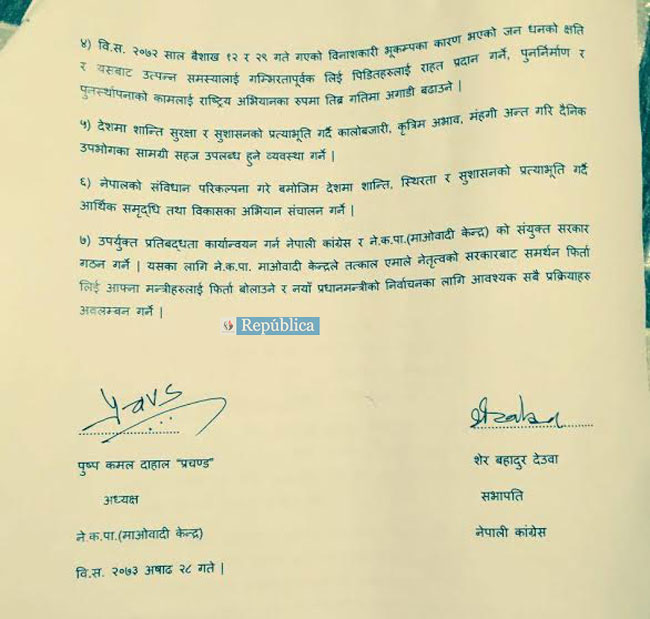 KATHMANDU, July 26: The government and Dr Govinda KC have made a 9-point agreement on Thursday evening. ... Read More...