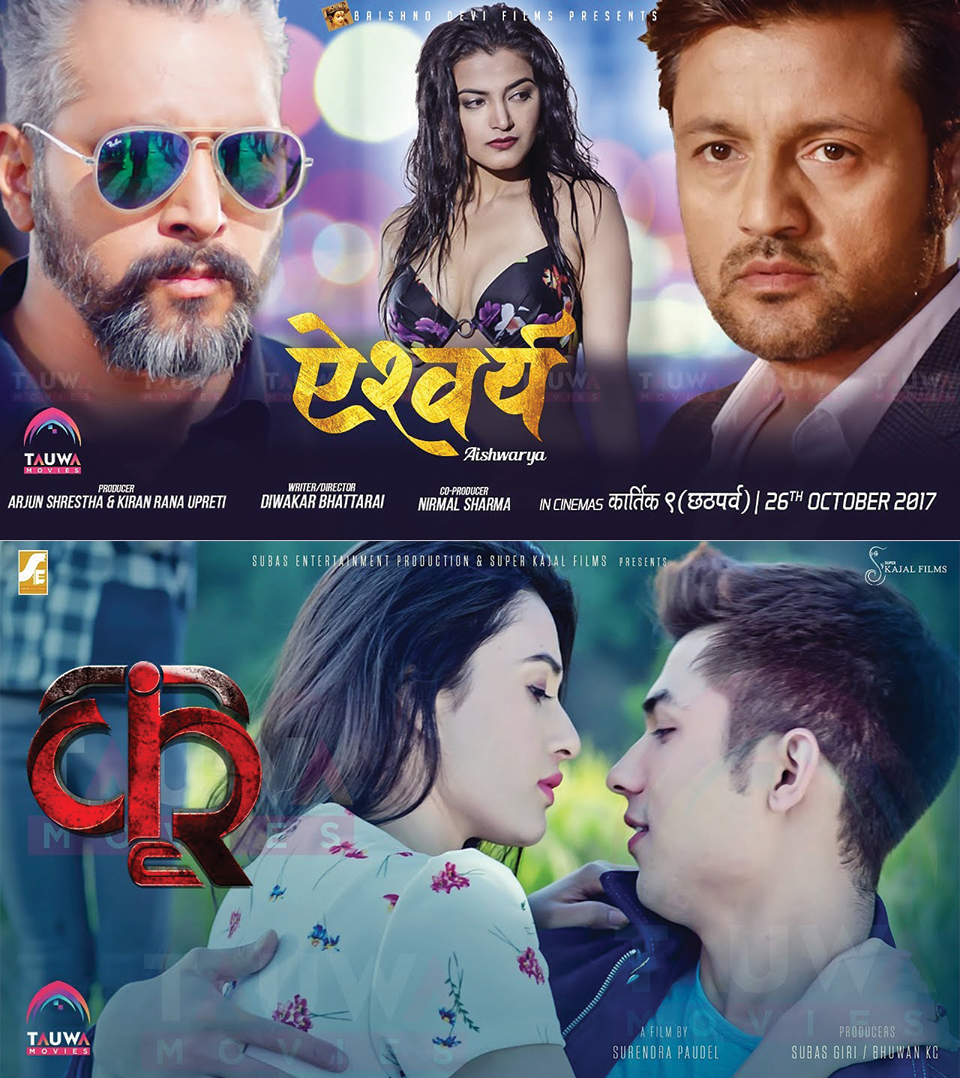 If Nepali filmmakers want the audience to pay 500 rupees to go and watch their movies in a multiplex, they need to raise their filmmaking standards

First, Nepali filmmakers need to ditch the “star system.” Bollywood and Hollywood movie stars held sway over audiences for decades, but the formula is now failing. Audiences are ditching big stars for better stories and better performances. Look at Bollywood today. Stars can no longer phone-in their performances. “Zero,” “Tubelight,” and “Thugs of Hindustan” could not even recoup their costs.

Movie-watching audience in Nepal today is more sophisticated than what Nepali filmmakers think. Movies can no longer succeed on a star’s looks. You need good actors and good stories. There are dozens and dozens of good theater actors in Nepal today, honing their skills and mastering their craft. Only a handful of them have got opportunities in movies. Why aren’t Nepali filmmakers looking more to theatres to scout good acting talents?

Second, Nepali filmmakers suffer from the “khichdi syndrome.” A movie gets made, the filmmaker is interviewed, and his/her response always is: “This movie is for everybody. It has romance, action, thriller, suspense, and whatnot.” My question to these filmmakers is: are you making a movie or a khichdi? “Kri” and “Aishwarya” both suffer from the khichdi syndrome. There is a reason why we have one dedicated day in the year for eating khichdi: nobody likes eating khichdi every day. When will Nepali filmmakers realize that the audience cannot tolerate so many khichdi movies in a year?

The audience today grows up watching movies from Bollywood, Hollywood, and other movie industries around the world. We recognize a crappy movie when we see one, and a good movie when we see one. This is why even a mildly decent movie like “Jatra” or “Loot” ends up receiving lots of love from the audience. These were not great movies, but they were better than the other 99 khichdis that were cooked that year.

Third, filmmakers attempt to mask poor story and performance with songs filmed in exotic locales. This is great for promoting domestic tourism, but this is not why you make a movie. Jharana Thapa recently blamed audiences for not being appreciative of the difficulty of filming songs in remote mountains and lakes. The audience does not care how, when, and where you filmed your movie or song. The audience only cares whether it was entertained or not. It only cares whether the 500 rupees it just spent on the movie was worth it.

Maybe a few decades ago, people did go to the movies to see Bollywood songs filmed in Switzerland. That is no longer the case these days because songs get uploaded into YouTube months before the movie releases. If going to the movies means going to watch beautifully filmed songs, why go if you have already seen it in YouTube?

At the end of the day, a movie tells a story. That is where the focus should be. Most song placements in movies don’t make sense anyway. Placements are random and often hinder the flow of the story. “Kri” had a middling story, but its editing saves the overall movie. “Aishwarya” was all over the place with poor story, dialogues and editing. The first half-hour of the movie makes no sense. Aishwarya’s songs were filmed in exotic locations, but had overtly bad computer paint job (whatever the movie-variant of a photoshop is) with grass and hills painted awfully in post-production.

Fourth, some think of the movie industry as the quickest way to achieving riches and fame. This is why the industry is filled with dreamers and charlatans. Many dreamers are often genuine movie and art lovers. They enter the industry to fulfill their personal dreams or hope to steer the industry toward a better direction. Some succeed, some fail. The chutzpah of two dreamers making a movie that tops every movie critic’s best-of list is necessary despite the movie’s failure. It shows the potential of the medium to inspire and awe. Movies like “Hari” may end up making no money, but they still need to be made.

Sadly, there are more charlatans than dreamers. How else do you explain the industry churning out 100 movies a year? Charlatans find a gullible financier for their movie. The movie flops, and the financier disappears. The charlatans simply move on to find a different gullible person with money. This “do and die” filmmaking process does not last, and the charlatans’ crimes are coming home to roost. Financiers ran this year. If news reports are to be believed, we will see only half the number of movies this year than last year. The industry needs to get rid of these charlatans.

Just as most Nepali movies today are “love stories,” most of the 200 or so movies made annually in Hong Kong during the 1990s were gritty action thrillers. By 2000, Hong Kong was making only 40 movies a year because audiences got tired of watching the same story over and over again 200 times a year. Nepali audiences are tired of watching the same story 100 times a year. If Nepali filmmakers want the audience to pay 500 rupees to go and watch their movies in a multiplex, they need to raise their filmmaking standards.

Finally, there is a reason why the industry is called the “movie business.” Filmmakers are in the business of making their customers happy. If 99 movies flop every year, isn’t that the clue that you are not meeting customers’ demand? If you produce three movies in a row with the same story and characters, with the only change being songs filmed in London this time instead of Mustang and Manang, the audience quickly wises up to your tactic.

Nepali filmmakers have a variety of excuses for their failure. The only question they should be asking while making a movie is: “Is this entertaining?” Sadly, for 99 movies every year, the answer is a resounding “No.”

YouTube has rolled out mobile live streaming feature to every creator with more than 10,000 subscribers to share their thoughts... Read More...