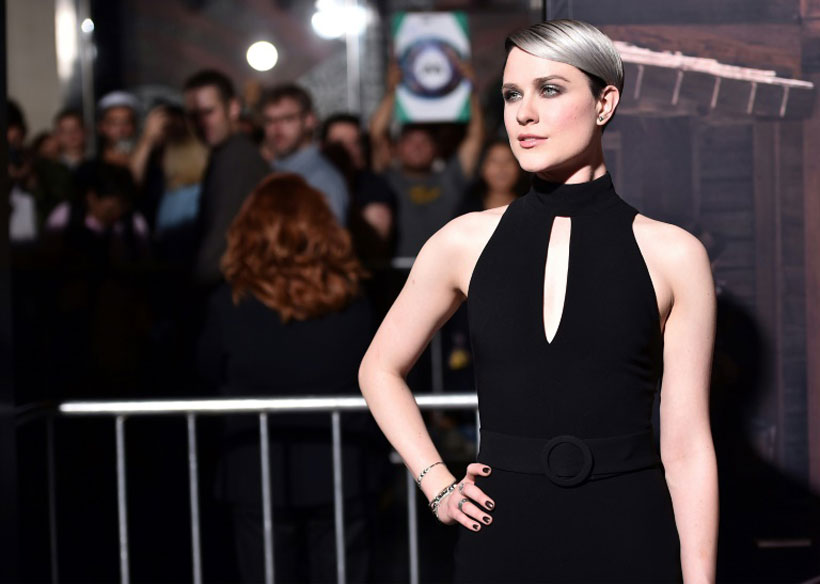 US actress Evan Rachel Wood, who plays one of the leading characters in the new hit TV series “Westworld,” has spoken out about being raped twice in an open letter she posted on Twitter.

The 29-year-old said she had revealed the attacks in an interview with Rolling Stone magazine and decided to also share her story on social media as she did not want to “stay silent any longer.”

The actress said she had been raped by a “significant other” and then by the owner of a bar.

“The first time I was unsure that if it was done by a partner it was still, in fact, rape, until too late,” Wood wrote. “Also who would believe me.

“And the second time, I thought it was my fault and that I should have fought back more, but I was scared.”

She said the attacks took place “many, many years ago” and that she had come to understand that she was not at fault.

The star added on her Twitter posting as well as the Rolling Stone interview that she believes the assaults were “one of the many factors” that played a part in an attempt to commit suicide at age 22.

The actress, who is bisexual, said she had hesitated about coming forward in the past for fear of being accused of seeking attention or being told “it wasn’t a big deal or that’s not really rape.”

“I don’t believe we live in a time where people can stay silent any longer. I certainly can’t,” she wrote.

“Not given the state our world is in with its blatant bigotry and sexism.”

Wood said although she was happy in her life, she was “still not ok.”

“I think it’s important for people to know that, for survivors to own that, and that the pressure to just get over it already, should be lifted,” said the star, who was briefly married to actor Jamie Bell and had a son with him in 2013.

The actress also defended her past controversial relationship with the rock star Marilyn Manson in the Rolling Stone interview, saying she was “craving danger and excitement” when she met him at age 18 in Los Angeles. He was 36 at the time and married to burlesque star Dita Von Teese.

“I met somebody that promised freedom and expression and no judgments,” she told the magazine.

Wood plays Dolores, an android in the sci-fi series “Westworld” based on the 1973 movie of the same name about a Western theme park of the future.

In the first episode, her character is shown being dragged off to be raped.

The actress posted a message on Twitter on Tuesday, several hours after sharing her letter, saying that she would be taking a break from social media.

“Thank you for all your support and courageous stories. You are not alone. xo,” she tweeted.

Fans posted encouraging messages on her Twitter feed, hailing her as a role model and vowing support.

“We’ll be here when you come back!” one fan tweeted.

MUMBAI, Dec 13: Bollywood actress Sonam Kapoor has made a sensational revelation on how she was once molested and the... Read More...

Jennifer Aniston reveals what happened to Ross, Rachel after 'Friends'

Jennifer Aniston took the internet by storm when she debuted on Instagram on Tuesday by posting a snap with her... Read More...