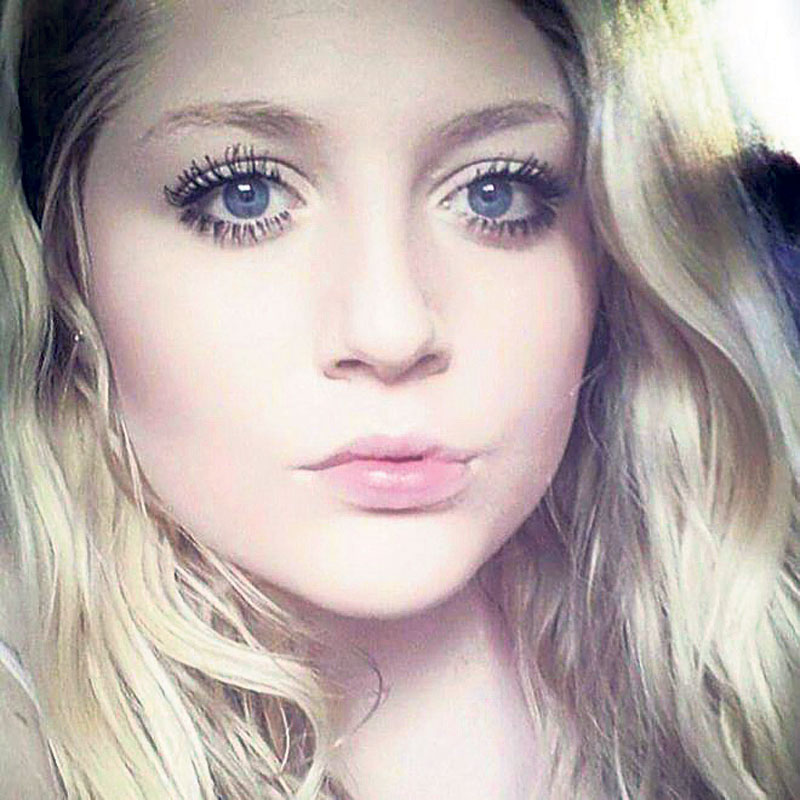 “I thought it was cruel for other people to have to see my face, that it really is disgusting,” says 20-year-old Alanah. “I see marks all over my face, which my mum has told me that she does not see. I see my skin is just bumpy and blemished. I see my nose is way too big and crooked and sticks out too much. My eyes are too small.”

Alanah is a beautiful young woman, but when she looks in the mirror she does not see what others see.

She suffers from Body Dysmorphic Disorder (BDD), and when her condition was at its worst she repeatedly checked her appearance in the mirror, taking pains to disguise any flaws she thought she saw. Her make-up routine could take up to four hours, and even after this she often felt too anxious to leave the house.

“My routine at the time was four or five layers of foundation and concealer. Eye make-up always had to be done as well, very heavy eye make-up, and it would just be constant,” says Alanah. “So every little imperfection I’d have to keep touching up and keep going over and doing the same thing again and again.”

She would also pick her skin—picking at any blemish until the skin was broken and raw. As a curly haired little girl she was happy to be photographed and to appear in the family photo album, but at the age of 14, things began to change, for reasons she has never quite understood.

“I didn’t notice [the signs] at the time but looking back now I know that they’re symptoms of BDD. For example, I’d be in school and I’d be very aware of my surroundings. I’d be looking around to see who was looking at me, to see who was laughing, to see who was talking,” she says.

“There were big windows in my school. I’d be looking in the windows to check the way I look. I’d go to the bathroom a lot more often, to mirror check.”

At the age of 15, she stopped going to school. Her mother, Scarlett, would drive her in, but Alanah—despite her eagerness to study—would not get out of the car. They would drive home and then get back in the car to have another try, but once again Alanah would be unable to get out. The exercise could be repeated as many as eight times per day, Scarlett says.

This led to Alanah becoming very isolated, and it was devastating for her mother to observe the change in her character.