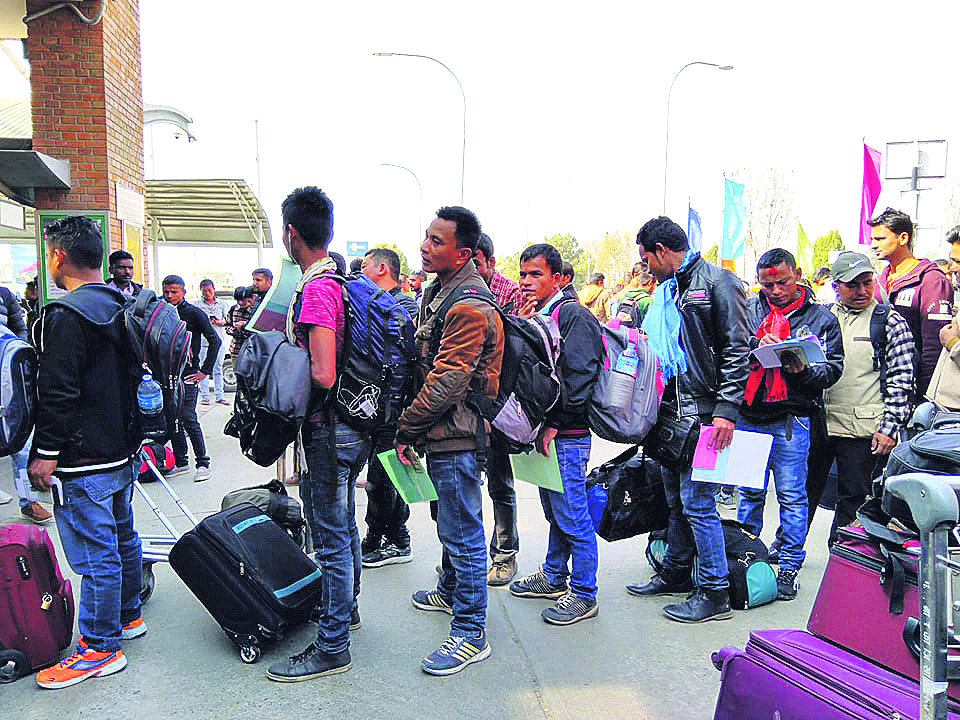 At a time when the government of Nepal has announced an ambitious social security system based on contributions from both the employers and employees in the private sector, questions are being raised if such a security system could be extended to cover the migrant workers.

For example, if a migrant worker from Nepal worked in Malaysia for three years and now has moved to Qatar, can he or she enjoy a social security system where employers in two or more countries are involved?

May be the upcoming UN Conference on Refugees and Migrants taking place in Morocco from December 10 to 11 could have an answer.

The United Nations (UN) member states are meeting in Marrakech  to adopt ‘Global Compact for Safe, Orderly and Regular Migration’, a non-legally binding commitment agreed earlier in July this year. This will be a historic moment because this is the first inter-governmentally negotiated document to make migration safe, orderly and regular. This has not only acknowledged migration as a source of prosperity, innovation and sustainable development but also recognized vulnerabilities faced by migrants in both the sending and receiving countries.

There are 258 million international migrants in the world (3.4 percent of global population), of whom around 58 percent (150 million) are migrant workers. Over 3.5 million Nepalis are estimated to be on foreign employment with at least one current or returnee international migrant in more than half of all households. Thus Global Compact for Migration is highly relevant to key migrant sending countries like Nepal where migration for work has become a common source of livelihood for many.

The Global Compact for Migration covers all dimensions of international migration in a holistic and comprehensive manner, comprising 23 objectives, of which five of them are directly or indirectly related to health and well-being of migrant workers. The most important one for safeguarding health of labour migrant workers is objective 15 which aims to ‘provide access to basic services for migrants’. It clearly outlines the action such as incorporating the health needs of migrants in national and local health care policies and plans, facilitating affordable and non-discriminatory access to health care services, reducing communication barriers etc. The signatory countries have also agreed to establish or mandate independent institution at the national or local level to receive, investigate and monitor complaints about situations in which migrants’ access to basic services is systematically denied or hindered. This objective is likely to yield positive impacts on health and wellbeing of migrant workers such as possible inclusion in population health screening program and hassle-free access to health care services. Thousands of migrant workers from Asia return home once they become sick or injured due to the difficulties in accessing and affording treatment in destination countries. With this commitment, it can be hoped that the situation will be largely improved in the future.

Objective 7 of Global Compact for Migration aims ‘to address and reduce vulnerabilities in migration’. Particularly low-skilled migrant workers are at increased risk of health vulnerabilities due to lack of basic protective equipment, basic facilities at work place (such as potable water), less opportunity of rest during physically exertive work and often in a searing heat. Action plan to implement this objective includes reviewing of relevant existing labor laws and work conditions to identify and effectively address workplace-related vulnerabilities and abuses of migrant workers at all skill levels. Objective 6 of further contributes to reducing vulnerabilities of migrants as it emphasizes to ‘ensure decent work’ and outlines the actions such as  implementation of relevant international instruments related to labour rights and rights to attain the highest standard of physical and mental health.

Objective 22 focuses on establishing or maintaining a national social protection system that includes migrants. This will be the landmark step towards promoting health and well-being of migrant workers. It may be that with certain contribution by migrant workers as well as employers, they might be eligible for social security schemes such as pension, financial assistance to family in case of disability or death. The most striking part of this objective is to integrate provisions on the ‘portability’ of entitlement and earned benefits.

This will mean that previous accrued benefit of a Nepali worker while working in Malaysia will be added on to the social security scheme of Qatar. Last month, the government of Malaysia made a highly commendable announcement to include foreign workers under social security scheme which entitle them for insurance, free access to the best rehabilitation hospital, and ‘life-time’ payment for the dependent in case of death.

The lukewarm response of destination countries to identify the cause of death of labour migrants has drawn severe criticism in sending countries. For example, on an average, three dead bodies of Nepali migrant workers come back home every day. In many destination countries, a post-mortem examination of migrant workers is not carried out unless the deaths are linked to a criminal case, and authorities of the destination countries tend to record these deaths as resulting ‘from natural causes’.  Information on underlying causes is often not available. This information gap makes it difficult to establish the cause of death and design effective prevention program.

Finally, it is worth mentioning here that the vast majority of labour migrant receiving countries (such as the Gulf countries and Malaysia) are signing up this agreement. Among key labour migrant receiving countries from Asia, only Israel and Japan have pulled out from it. Although Global Compact for Migration is not legally binding, the signatory countries are morally obliged to implement it. We strongly believe that this will be the beginning of new era on migration health.

Aryal and Regmi are UK-based Public Health Researchers associated with

Bournemouth University with particular interest on migrants’ health and wellbeing

20 ministers lose their jobs, Oli-led Cabinet now has only five members
15 hours ago