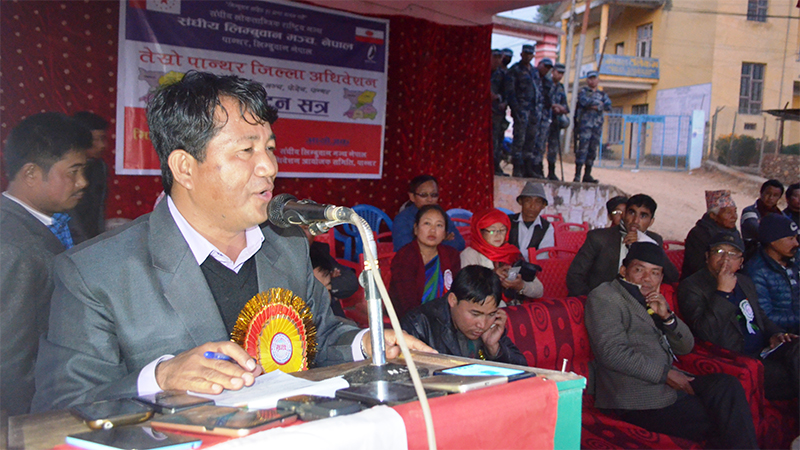 PHIDIM, Jan 21: Limbuwan leaders have said that they will keep fighting until Limbuwan State is ensured in the Constitution.

Speaking at the inaugural ceremony of the 3rd District Convention of Sanghiya Limbuwan Manch (SLM), Panchthar on Saturday the leaders expressed commitment to do so.

Addressing the mass meeting, Chairman of the Manch Kumar Lingden said that the Limbuwan State will be established based on its historicity.

“Even though we have been demanding Limbuwan State for a long time, Singha Durbar did not pay heed to our demand.  We keep fighting until the Limbuwan State is ensured in the Constitution,” said Lingden.

Over a dozen central committee leaders including General Secretary of the Manch Sangam Khanal had expressed their views in the convention.

This is the first convention after Federal Limbuwan Party split into Federal Limbuwan Council and Federal Lubuwan Manch. Sagar Kerung and Chandra Raj Angdembe are vying for the leadership. The closed session will conclude on Sunday.

As many as 207 representatives and 11 observers are taking part in the convention.