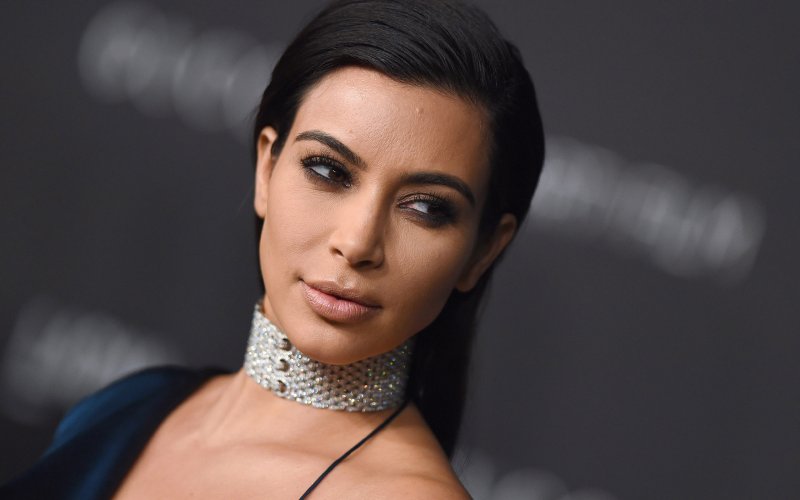 LOS ANGELES, Oct 12: First she went dark on social media following her robbery at gunpoint. Now Kim Kardashian is taking a stand against those calling her a liar and a thief.

As we hurl towards the big fireworks finale of this great American experiment, reality TV’s first family is in the midst of an apocalyptic media blackout. In the wake of favorite daughter Kim Kardashian’s robbery at gunpoint in Paris, the Kardashian klan has—save for the errant Twitter Bible verse and Instagram TBT—gone radio silent on social media. Even more shockingly, E! has halted production on the family’s reality TV show, Keeping Up with the Kardashians, and has yet to announce if or when filming will resume.

After 12 seasons of watching Kim’s extended family purchase, chew, and digest innumerable salads in real-time, KUWTK’s unfortunate hiatus will leave a matte Mercedes-Benz-sized hole in the reality television landscape. Of course, the Kardashians’ TV series makes up a tiny percentage of their combined content output. In the days following the Paris attack, Kim has failed to Snap her outfits of the day, Kylie has stopped schilling lip kits on Instagram, and Khloé has Tweeted nary a single asshole.

In the absence of actual Kardashian news and/or selfies, we’ve resigned ourselves to scraps and pseudo-stories. No “open letter” from Kim’s Parisian concierge was too short to be Google translated and diagrammed; no piece of gossip about bodyguard Pascal Duvier too irrelevant for publication. As a visibly shaken Kim continued to ghost the paparazzi, our fascination with the holdup and its heroine only increased.

When dissecting and discussing a crime against a celebrity, people can usually be divided into two groups: sympathetic fans and bitter schadenfreude-havers. As this political news cycle and all anecdotal evidence ever proves, people are horrible. Hence the immediate jewelry theft backlash, as “sources,” from Twitter eggs to meme Instagram accounts, began to blame the victim for the traumatic incident. Accusations raged from criticisms of Kim’s ostentatious social media presence, to full-out allegations that she orchestrated the crime herself—the imbecilic Internet equivalent of “stop binding and gagging yourself!”

It was only a matter of time before this coalition of bad people intersected with another degenerate population: adults who wear pop culture Halloween costumes. Once a pagan celebration complete with bonfires, feasting, and ghosts, Halloween has been ruined by overly enthusiastic weirdoes fighting over who makes the most convincing Eleven from Stranger Things. Getting hit on by a stranger at a bar is already unpleasant enough—now imagines that stranger in a bright red sweater, bragging about their DIY “Ken Bone” costume. Since 2016 is officially the worst, it makes sense that our Halloween costumes would finally hit rock bottom. Cue the “Parisian Heist Robbery Victim Costume Kit,” a ripped-from-the-headlines take on that whole Kim K armed robbery thing. Because if there’s one thing a bound, gagged, and terrified woman is good for, it’s a cheap laugh.

For the low, low price of $69.99 and the respect of all of your Facebook friends, you’ll get a short white robe, black wig, “$4 million” ring, sunglasses, a gag and a rope. The kit comes courtesy of the great minds at Costumeish, the costume company that previously pissed us all off with their Caitlyn Jenner and Cecil the Lion inspired outfits. Whether they’re mocking a trans woman’s transition, a lion’s death, or the worst night of a woman’s life, Costumeish has this whole morally reprehensible clickbait thing down. Or in the words of one product reviewer, “This is ridiculous. Are you going to have a Brock Turner costume with optional dumpster and passed out girl?”

Adding insult to very serious injury is the simple fact that this is a bad costume. Not only is Costumeish’s kit a relatively unoriginal pop culture reference—it’s not even a funny Kim Kardashian. If you really want to do a good Kim K, convince your best friend whom you sort of hate to dress up as Paris Hilton, and do an early ought’s closet-organizer Kim. Wrap yourself in Saran wrap and say you’re wearing Yeezy Season 4, rock a waist trainer, or carry around a picture of an ass scan on your iPhone. Any of these outfits—really, any outfit—would be better and more affordable than Costumeish’s obnoxious offering.

Luckily, Kardashian has started to go on the offensive, lashing out at parasites looking to make a quick buck off her misfortune. On Tuesday, Kardashian’s legal team sued MediaTakeOut and its owner Fred Mwangaguhunga for libel. Shockingly, Kim’s camp is accusing the online outlet behind such headlines as “Rapper Young Thug Goes FULL TRANSGENDER” of irresponsible and reckless reporting. In the complaint, Kardashian attorney Andrew Brettler writes, “After having been the victim of a horrific and traumatic armed robbery in France, Kim Kardashian returned to the United States only to again be victimized, but this time by an online gossip tabloid that published a series of articles in early October 2016 referring to her as a liar and thief.”

“Kardashian was assaulted and robbed by two masked men, who placed a gun to her head, duct-taped her hands, legs and mouth, and then left her lying helplessly on the bathroom floor of her rented apartment while the thieves absconded with millions of dollars in jewelry,” Brettler continues. “As if that ordeal were not awful enough, Defendants made it worse by publishing on the Website, only hours after the assault, that Kardashian faked the robbery and then committed insurance fraud by filing a false claim with her carrier.”

Basically, MediaTakeOut stands accused of using clickbait headlines to disseminate wild gossip. Despite their repeated invocations of “new evidence” and “facts,” the website actually sourced its incendiary info from “people on social media, who are digesting the facts that have been disclosed.” Of course, MediaTakeOut isn’t the only website publishing misleading Kim K content with little or no substance to back up the bait. Kardashian’s fresh filing is a clear warning to every other celeb blogger and gossip site to cut the shit and crack down on the libel, or else.

Now that Kim is slowly growing her acrylic claws back, the rest of the Kardashian family is wading back into the warm, welcoming waters of overexposure. Kylie Jenner graced the October/November cover of Complexwith a topless, latex-heavy photoshoot. So, business as usual. And on Tuesday, revenge body queen Khloé Kardashian went on The Ellen DeGeneres Show and actually discussed the robbery, marking a pivot in the family’s PR response.

When asked about Kim’s recovery, Khloé was quite candid, sharing, “I mean, she’s not doing that well. I mean, it’s incredibly traumatic what happened to her, but our family is super close and great and we’ll get through it together, and we do appreciate all of your guys’ love and support and it will take time.” As for the family’s unsettling insistence on staying out of the spotlight, Khloé said, “Well, I think it's just a wake-up call to make a lot of life adjustments.” She explained that Kim isn’t ready to “move on” from the “emotional terror she experienced,” and said that the whole family intends to “pull back a little bit” from sharing every moment of their lives.

Hopefully, this small, charitable air drop of Kardashian family updates is setting the stage for a televised Kim K tell-all in the near future, as well as the triumphant return of KUWTK. Until then, we’ll be sending undelivered condolence e-mails to Kim Kardashian and looking at Google images of Calabasas.

Reality TV star Kim Kardashian has reportedly been offered millions by a TV broadcaster to talk about her Paris heist... Read More...