Folk singer Gurung passes away at 42 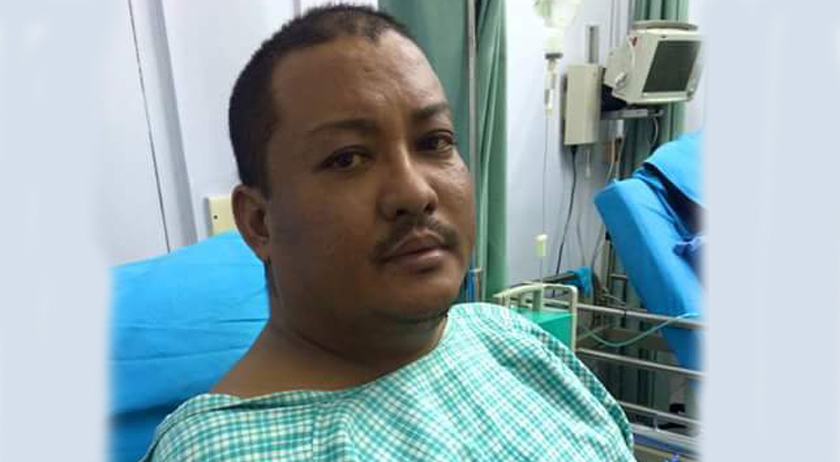 His death was confirmed by his family members. According to Ratna Gurung, Khem Raj's cousin, the singer died on Thursday at the hospital due to complications caused by jaundice.

Khem Raj, a liver patient, was admitted to the hospital ten days ago after symptoms of jaundice appeared in his body. He was admitted at Intensive Care Unit (ICU) of the hospital after his health condition deteriorated.

“After his health condition worsened, his family members were making preparations to airlift him to a hospital in Delhi for treatment. But doctors at the Medicare Hospital and Medanta Hospital suggested continuing his treatment in Kathmandu until his health condition improved. But he could not survive the disease,” Shashi Lumumbu, a litterateur and a close friend of the singer, told Repbulica.

Khem Raj, who hailed from Khandbari, Sankhuwasabha district, had been living with his family members at Sukedhara, Kathmandu. He is survived by his wife and two sons.

He had recorded dozens of folk songs and released as many as nine songs. Songs like Wari Jamuna Pari Jamuna, Aaalutama le and Bhamchan Budapake had brought him to the limelight. His songs were popular among audiences of all age groups and had won him several awards.

He recorded nine albums: “Jeevan,” “Jeevan-2,” “Aanamol,” “Dharan-Pokhara,” “Solti,” “Aalutama,” “Dhakre,” “Dhakre (Lokgeet),” and “Ghumphir.”
His longtime friends say that Khem Raj was interested in music and literature since his childhood. “He did not just sing songs but also wrote and composed them. He was a versatile and his death is a huge loss to the Nepali music industry,” said Lumumbu.

In his initial days of his musical career, he was associated with All Nepal National Federation of Students Union and used to sing politically motivated songs. But later, he started singing folk songs.

“He was interested in music and literature since childhood. So, he used to compose and sing songs since his school days,” Diprendra Bantawa, a school colleague of the singer, said.

He said that his funeral will be conducted as per the Buddhist tradition on Friday.