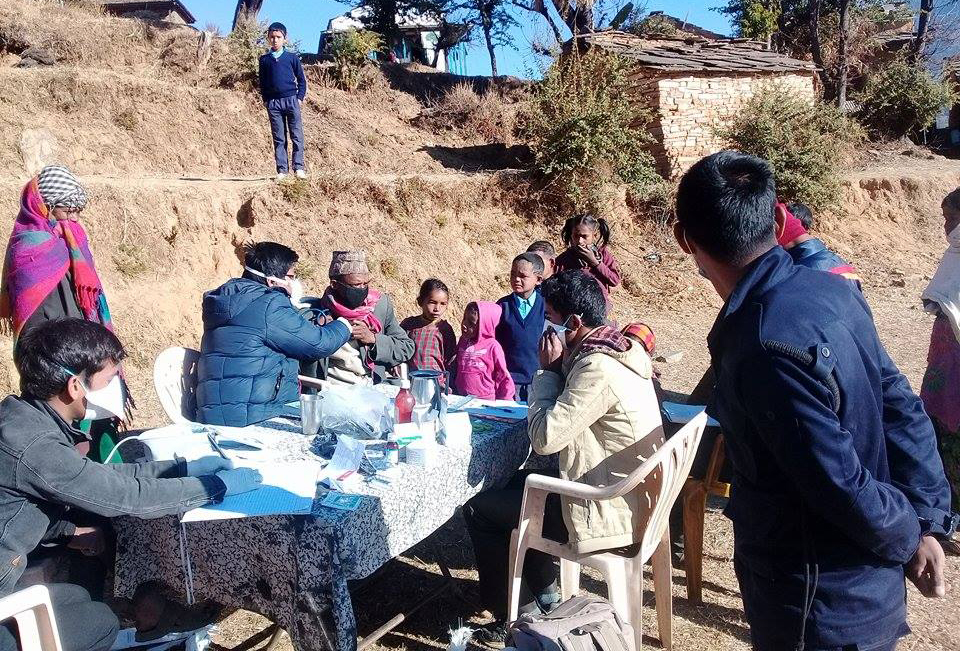 JAJARKOT, Jan 9: Two more people have lost their lives due to viral fever spreading since three weeks in the district. According to  Dr. Pawan Shakya, who is deployed in the district to providing service to the patients, Lal Bahadur Bhandari, 54 from Rawalgaun, Junichande Rural Municipality-3 died on Tuesday and 1-month infant from Maugan, Junichande Rural Municipality--2 died on Monday due to viral fever.

It is suspected that H1N1 virus in the reason for the death of the child, so sputum and nasal secretion has been sent for the test in Epidemiology and Disease Control Division Teku, informed Dr. Shakya.

The viral has spread in the Junichande Rural Municipality-1, 2, 3 and other wards. Children below  5 years and elderly citizens are most affected by this epidemic. According to the latest report at least 12 people are now confirmed dead till Tuesday in the district due to the virus. Symptoms like fever, joint pain, headache, cough, and diarrhea are seen in the patients.

The additional team of doctors and medicines have been sent to the affected area to control the viral on Tuesday. Dr. Pawan Shakya has said that one doctor with ten health assistants along with the medical team of Nepal Army is not sufficient to control the viral, so the additional team of Dr. Bhupendra Prakash Malla and volunteers from Nepal Red Cross Society carrying medicines have been sent to the viral affected area on Tuesday.

The death toll rises due to limited doctors, so the additional team is demanded to the affected area, Dr. Shakya said. It is reported that more than 700 patients are getting treatment whereas two thousand locals are suffering from the disease.

JUMLA, Jan 15: With an outbreak of viral fever across Jajarkot, the neighboring district of Jumla is on alert against... Read More...

In Pictures: Students take to the streets demanding justice for Sadiksha Chaudhary
4 minutes ago