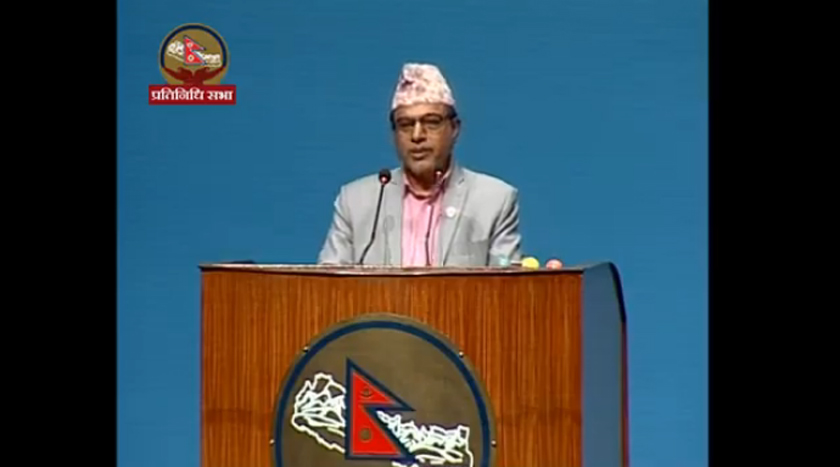 KATHMANDU, July 7: Government has said that it will take at least one year to start lab test of the vegetables and fruits imported from India and third countries.

Speaking in the discussion session on Appropriation Bill-2076 in National Assembly on Sunday, Minister for Agriculture and Livestock Development Chakra Pani Khanal informed the meeting that it is possible to start the unified lab test of the vegetables and fruits only after one year.

At a time when the government decided to revoke pesticide tests for vegetables and fruits imported from India and third countries at least for the next six months, Minister Khanal informed that the government would not be able to set up unified and well-equipped laboratories to start the test before one year.

“It has been said that the infrastructure would be completed within six months. I, however, have informed that it is not possible as it will have to through a very lengthy purchasing process. The estimated budget, for now, is Rs four billion to establish the lab. We have approached the Finance Ministry and it would take at least nine months to complete the whole purchasing process”, he asserted.

Minister Khanal added that the government is still mulling with the stakeholders regarding the issues.

Currently, Nepal has pesticide testing machines in Birtamod, Sarlahi, Kathmandu, Pokhara, Butwal, Nepalgunj and Attariya. But they are not well-equipped and it takes hours for customs officials to test pesticides in vegetables.

The government on June 17 had instructed its border authorities to test for the level of pesticides before allowing in Indian vegetables and fruits. But it revoked the decision allegedly under Indian pressure on Thursday. Since Nepal lacks a well-equipped lab at the border, customs officials were struggling to test samples of vegetables and fruits taking samples to other parts of the districts.