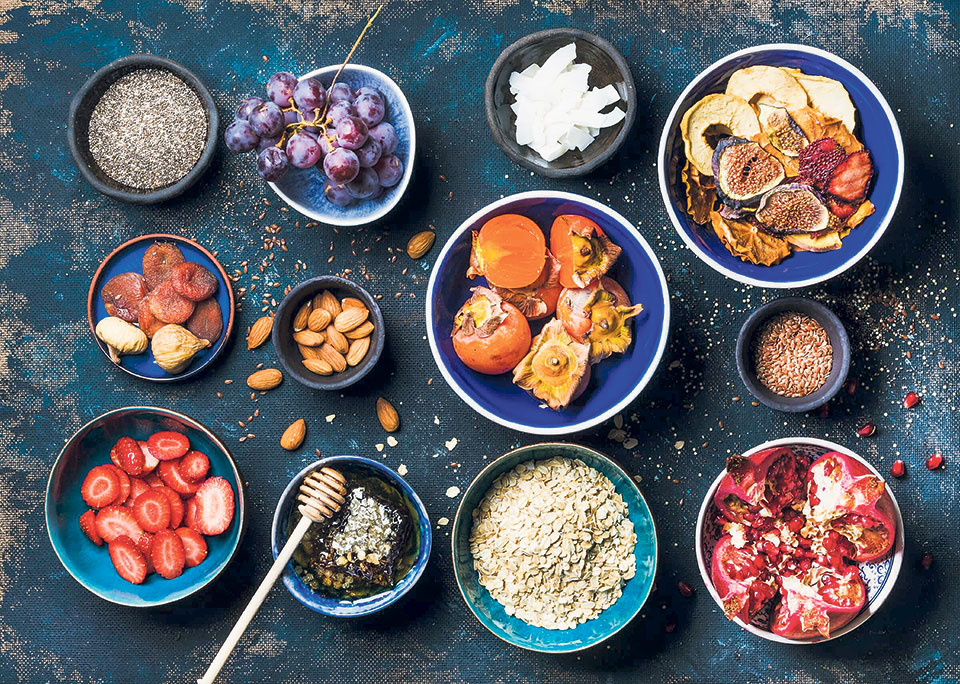 The whole world is kind of a free pass for those who indulge in meat dishes. But for vegetarians traveling to new places can bring about quite a fair bit of culinary challenges by limiting their eating out options. There usually aren’t as many good options for vegetarians to choose from as considered to those who don’t have any dietary restrictions. However, we found out that there are some places that can be an absolute delight for vegetarians, places where they will get to sample the culture through its food. 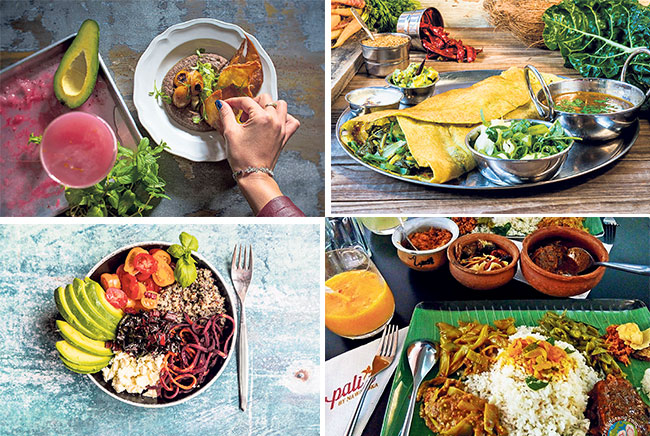 In Africa
Sub Saharan Africa is generally considered one of the places that vegetarians should avoid going to because of the lack of vegetarian options found here. But there are other countries in the continent that are known for their large array of vegetarian delicacies. Lebanon, Ethiopia, Morocco, and Jamaica top this list. You will find Bijou Falafel shops in literally every locality in Lebanon and even be able to get their classic wraps with hummus and salad for a pittance. Mutabbel, Batata Harra, Baba Ganoush and Tabouleh are other must try vegetarian Lebanese dishes when you visit the country.

The Ethiopian Orthodox Church actually advocates meat-free fasting periods. So, you will find vegetarian food in a wide variety throughout the country. Injera, and dishes prepared from peas, lentils, and beans that are spiced using the Ethiopian berbere sauce are some of the most popular Ethiopian vegetarian food. Although there are very few all-vegetarian eateries in Morocco, you can easily find the country’s staple vegetarian dishes like Harira, Couscous and Tagines in almost every single restaurant and at night markets too.

Israel
Israel is one of the most vegetarian-friendly countries in the world. Almost two thirds of the total restaurants in Israel serve 100% vegetarian food. For the most part, this is because of the Kashrut Laws and Kosher Meals. Kashrut is a set of Jewish religious dietary laws and Kosher foods are those that conform to the Jewish dietary regulations of Kashrut. These set of rules prohibit a lot of food practices that are very commonly carried out in most countries of the world like consumption of pork and shellfish and mixing milk and meat.

Additionally, in the past decade, a large number of people have actually adopted the vegan lifestyle and this trend has resulted in the opening of a number of vegan eateries throughout the country. The vegetarian street food game of Israel is also very commendable. The falafel and hummus combo is probably the most popular street food around here alongside bourekas and pastries with fillings like cheese, mushrooms, potato, spinach, etc.

Italy
For a country that is primarily known for dishes like Guanciale (cured pork cheek) and offal (entrails and internal organs of an animal) permeated dishes, Italy has a lot to offers to its vegetarian visitors. It’s actually the country with the highest number of vegetarians in Europe – a whopping 10% of the population of Italy follows vegetarianism. Make sure to avoid dishes that list ingredients like uova (eggs); pesce (fish); pollo (chicken), guanciale, prosciutto, mortadella, maiale (pork), manzo, vitello, coda (beef) and you will most likely avoid non-vegetarian dishes even at restaurants that are not explicitly vegetarian.

Soups, pizzas, pasta, and risottos are some of the most famous delicacies to have in Italy and although the recipe can include non-vegetarian ingredients, there are just as many – if not more – options for the vegetarian version of these dishes. Italy is also vegan friendly – primarily because rather than drenching their food in pounds of butter or cheese, Italian eateries use olive oil. Another good thing is that many lactose intolerant tourists also claim that surprisingly they can actually tolerate dairy products in Italy. Apparently, that is because the additives and preservatives that are globally laden in dairy are very rarely used in Italy.

Singapore
Despite its small size, Singapore has a lot of options when it comes to vegetarian cuisines. There are more than 400 vegetarian or vegan eateries in the country with about 200 of them being located just around Central Singapore. You can find an array of options while searching for vegetarian food in Singapore – everything from fast food, healthy meals, and vegan delicacies are very easily available everywhere within the country.

Traditional Singaporean dishes like Laksa, rice noodles and Char Kway Teow are a must have when you visit this beautifully maintained country. As tasty and popular as these traditional dishes from Singapore are, the country is also known for the diversity you see in its food. Because of its past as a country which welcomed a vast number of immigrants, its culinary facet is extremely rich and derived from various elements. Western, Chinese, Mediterranean, Indian, and Malay cordon bleu are also widely available in Singapore.

Sri Lanka
While much of the local food is seafood based (one of the perks of being an island), Sri Lanka is also one of the most vegetarian- and vegan-friendly countries in the world. Their food is a celebration of fresh fruit and vegetables like pandan, okra, beans, aubergine (brinjal), cashews, beetroot, and even potato. If you like your food spicy hot, you will be in paradise. Rice and curry is the typical dish, but this can involve a dozen or more veggie dishes. Look out for jackfruit curry – its meaty texture may fool you into not believing it is vegetable. Other popular curried vegetables and fruit include aubergine, okra, breadfruit, various gourds and pineapple. You could also try hoppers – a tasty bowl-shaped pancake, served with an egg in the middle, or to which other ingredients as per your choice have been added. This, however, is not to be confused with string hoppers, which are steamed rice noodles.

Many of us imagine traveling to the most exotic places of the world, alone or with friends. But sadly, as... Read More...

Infographics: Dynamics of military expenditures of the main countries of the world from the end of the cold war

Dynamics of military expenditures of the main countries of the world from the end of the cold war ... Read More...

Infographics: The best countries in the world