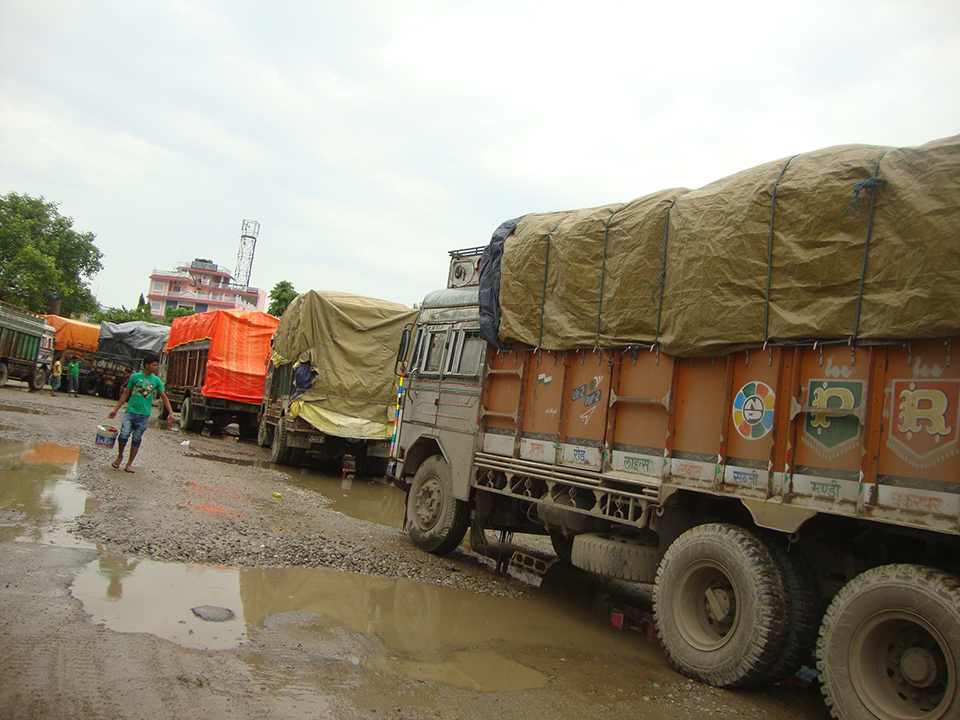 BUTWAL, Aug 22: Though the government statistics have shown that every year the production of vegetables is increasing, the import of vegetables has not reduced.

Statistics at Bhairahawa Customs Office show that the import of vegetables from India has not decreased. Though the government has been spending a substantial amount in agriculture, productivity has not increased. Vegetables and paddy worth Rs 15 billion have been entering Nepal every year. In the previous Fiscal Year 2018/19, import of paddy alone amounted to 8.21 billion metric tons.

Rice of different types such as steam jira, sawa mansuli, sona mansuli, and long basmati are imported from India's Gajipur, Akbarpur, Banaras, Wasti and Lucknow. Not only the people in urban and hilly areas but also people in the tarai region that is considered Nepal's bread basked are importing rice from India.

"The demand of Indian rice has increased due to the changing food habits of people and increasing remittance income of the country," said Khim Bahadur Hamal, president of Butwal Chamber of Commerce and Industry. "Also, people prefer to go abroad for labor than stay in villages and look after their farms."

The import of wheat flour, however, has been decreasing. Last year, wheat flour worth Rs 560.83 million was imported from India, mainly from Allahabad, Lucknow, and Banaras areas, according to local businessman Netra Acharya.

According to the National Wheat Research Program based in Bhairawaha, the production and consumption of wheat are increasing in Nepal. However, officials there said that the shrinking area of cultivated land and lack of irrigation have stood as challenges for wheat production, which saw a boost due to the pleasant climate and good quality seeds last year.

Vegetables worth Rs 5 billion are imported from Belhiya border alone. Import of onion and potato is the highest among them. According to Kaliram Poudel, information officer at the customs office, potato worth Rs 2.43 billion and onion worth Rs 3.10 billion have been imported from India, mainly from Agra and Nasik areas. According to agro-experts, potato and onion can be cultivated in all geographical regions of Nepal including Tarai, hills, and mountains.

Though the government has been bringing new agricultural policies and providing various facilities and subsidies, they have failed to be effective so far.

Many farmers are still deprived of chemical fertilizers, quality seeds, and irrigation facilities. They also complain about the lack of opportunity to get consultation about fertilizers and suitable crops.

"Most of the facilities supposed to be given to the farmers are being given to non-farmers," claimed Ram Prasad Bhandari, a farmer from Tilotamma Municipality of Rupandehi. "This has compelled many farmers to leave their profession."

BANKE, May 11: Rice worth over Rs 5 billion was imported via Nepalgunj checkpoint till April 13 of the current... Read More...