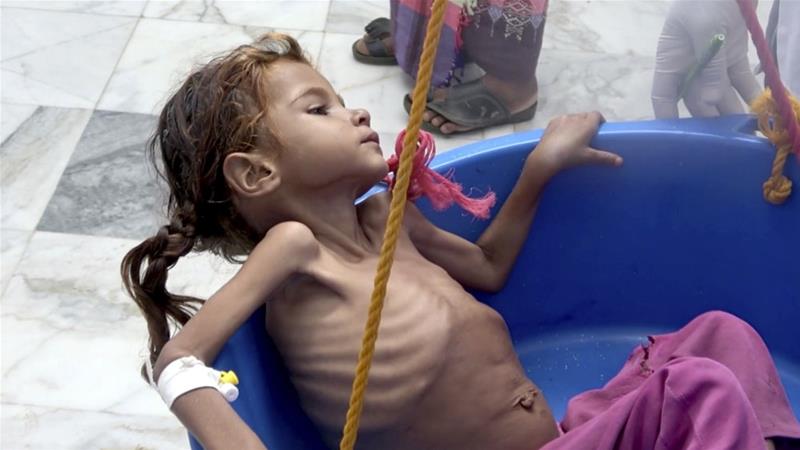 UNITED NATIONS, Oct 24: The U.N. aid chief warned Tuesday that humanitarians are losing the fight against famine in Yemen and that 14 million people could soon be at risk of starvation.

"There is now a clear and present danger of an imminent and great big famine engulfing Yemen," Mark Lowcock told a meeting of the U.N. Security Council. "Much bigger than anything any professional in this field has seen in their working lives."

Lowcock has warned before of the risk of famine — two separate times in 2017 — but a significant scaling up of the humanitarian response and the end of a Saudi-led coalition blockade on Yemen helped avoid a worst-case scenario.

"What I am telling you today is that the situation is now much graver than on either of those two occasions," Lowcock said.

He said a U.N. assessment in September that about 11 million people could be at risk was wrong, and a revised review puts the number significantly higher. 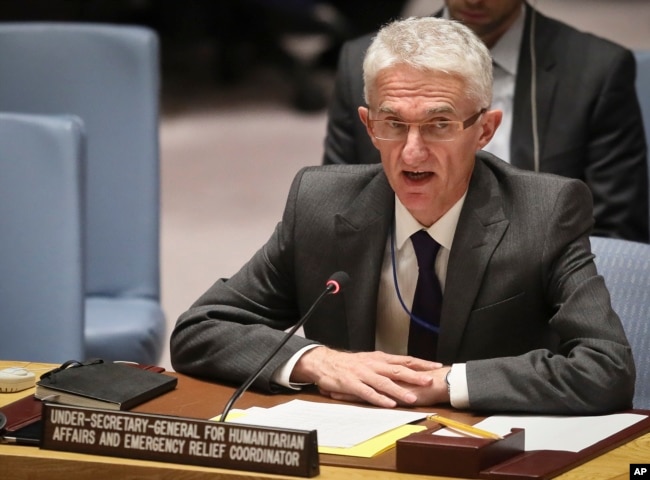 "Our revised assessment, the results of new survey work and analysis, is that the total number of people facing pre-famine conditions — meaning they are entirely reliant on external aid for survival — could soon reach not 11 million but 14 million," Lowcock told the council. "That is half the total population of the country."

Currently, the U.N. and partner agencies reach 8 million people each month in every district of the country with critical assistance. The relief operation is the largest in the world and has earmarked $3 billion for this year, of which the U.N. has received $2 billion from donors. Lowcock expressed concern that the operation could be overwhelmed if the numbers continue to grow.

The aid chief said that after nearly four years of conflict and struggling to survive, millions of Yemenis are physically more vulnerable, as they are less able to withstand hunger, cholera and other diseases.

One of the main culprits driving the food crisis is the collapse of the national economy. The country imports 90 percent of its food, fuel and medicines, and the devaluation of the national currency has impeded imports. Civil servants have also not been paid in almost two years, adding to their inability to afford food, especially when the price of many staple items is skyrocketing.

Clashes around the country's most important sea port — Hodeida — is hindering food distribution. A main road from the city to the densely populated northern city of Sanaa remains blocked, affecting trade and aid convoys.

A Saudi Arabia-led coalition began bombing Houthi rebels in support of the Yemeni government in March 2015. Since then, the U.N. estimates more than 10,000 people have been killed, mostly due to airstrikes.

Political efforts to end the crisis have mostly stalled since the Houthis skipped September U.N.-brokered talks in Geneva with the Yemeni government.

More than 5 million children are at risk of famine in war-torn Yemen, according to charity Save the Children. Renewed... Read More...

Tokyo Olympics: Judo Player Soniya Bhatta fails to qualify to next round
23 hours ago