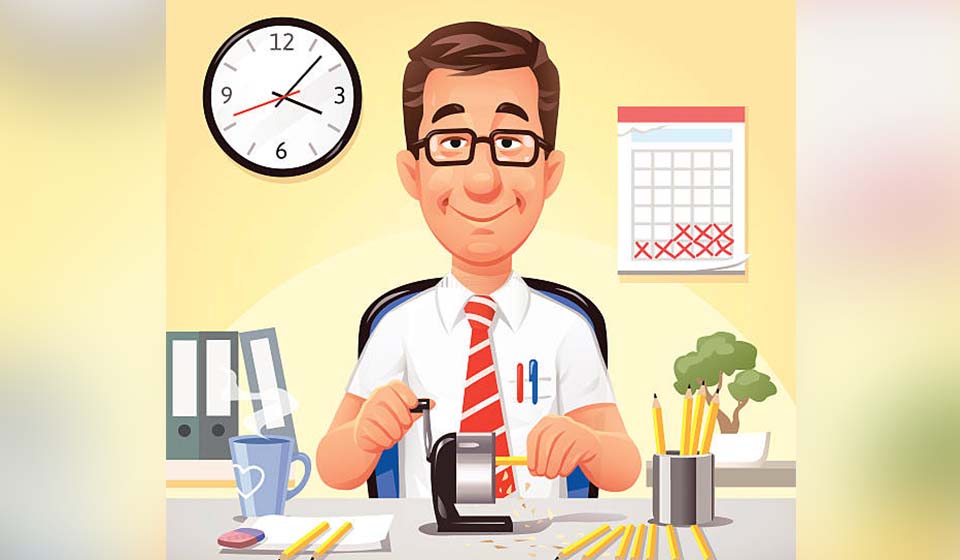 When being honest and diligent doesn’t pay dividends and the inept and the sycophants overtake the rest, then it is not unnatural for there to be a growing temptation to succumb to political powers for the sake of career progression.

The reaction to the leaked audio recording of former minister Ale’s verbal assault on Yubaraj Adhikari, who at that point was the chairman of Nepal Airlines Corporation, makes for an interesting case study. Generally when something is ‘leaked’, especially that involving a powerful person, it is supposed to deteriorate the image of the person primarily involved and land them in hot water. The reaction, however, has, at best, been mixed and even if the CPN (Unified Socialist) eventually decided to replace him, it wasn’t because of his brusque way of doing things. But perhaps the most important reaction is not that of the greater public but of the Chairman of Nepal Airlines Corporation in the moment of being verbally abused, which is emblematic of a much larger phenomenon plaguing the Nepali bureaucracy.

If one were to conduct a survey of groups detested by the general public, bureaucrats would likely come second behind politicians. While they are also associated with corruption and inefficiency, being rude tends to be their most distinct forte, shared only by bus conductors from the valley. There are numerous anecdotes that highlight how people, whom civil servants are supposed to serve, get reprimanded and scolded for innocent human errors stemming mostly from asymmetry of information. So when a bureaucrat is being civil and polite even as the minister is assaulting him, the duplicity only further intensifies the dislike. If a bureaucrat can be polite when there is litany and possible physicality involved, then why is it that they fail to do the same when a citizen asks repeated questions, however annoying, for the sake of clarity?

But perhaps the duplicity is an epiphenomena and needs to be observed as two separate themes. Firstly there is the issue of civil servants being inefficient and rude to the service seekers. This is supported by a report from Nepal Administration Staff College on Citizen’s Experiences which shows that only 43.5 percent of the service seekers were completely satisfied with the services provided whereas the remaining were either partially satisfied, partially dissatisfied or completely dissatisfied. One of the arguments to explain the impolite demeanor of civil servants has to do with ‘superiority'. The process of getting into the civil service requires intense study. Some argue that it is rote learning more than anything else but still, the element of the required effort to get in cannot be overlooked.

In an interaction about bureaucracy organized by Himal Khabar, former civil servant Gopinath Mainali also acknowledged the prevalence of a sort of academic ‘arrogance’ which he pointed out was wrong. Because being a civil servant requires one to embark on an arduous path that is not meant for everybody, some contend that civil servants see themselves not as servants but as those superior to the service seekers. While this is a popular line of reasoning, it is not something that one can prove or disprove.

Nonetheless, if we reconceptualize the issue in cost-benefit terms, we might get some idea of the problem. When you put together meager pay and perks, monotonous work schedule that mostly involves repeated pointless signatures and little to no flexibility in terms of work design, and contrast it with societal expectations and the effort required to get in, it is somewhat understandable why being jolly may not be the first impulse.

The second theme is with regards to the reluctance or inability of civil servants to stand up to politicians. The interaction between Prem Ale and Yubaraj Adhikari exemplifies this phenomena better than any other. One can either see his reaction as an individual weakness of character or as a symptom of a larger functional problem of the extensive politicization of bureaucracy. It is not to say that a bureaucracy has to be completely independent. As a matter of fact it is essential for politicians to work together with civil servants for the smooth functioning of the executive body. But that being said, the relationship between the two over the years has proven to be more of an impediment to progress than anything and has increasingly become unequal.

In the same talk organized by Himal Khabar, member of parliament Dr Bimala Rai Paudyal lamented over the arduous process citizens have to go through in order to get a service at a public office. However she also highlighted how the badge of being an MP made it convenient for her. It is both easy and difficult to understand why civil servants would want to please a politician. On the one hand, the process of transfer and career progression is dictated to a great extent by legislators. But on the other hand, civil service comes with perhaps the greatest job security, which should be enough of a reason to be fearless in one’s conviction. Or is it once again the societal pressure of keeping up with contemporaries that fuels civil servants to stray from their path?

After all, when being honest and diligent doesn’t pay dividends and the inept and the sycophants overtake the rest, then it is not unnatural for there to be a growing temptation to succumb to political powers for the sake of career progression. The existing parameters of success in society is such that the attainment of wealth and power chiefly determines how someone is perceived and treated. People, therefore, make great efforts to climb up the societal ladder for the sake of acceptance from the majority even if it requires bowing down to a few along the way.

The duplicity has two dimensions. While the problem of impolite behavior and inefficiency revolves around job satisfaction, the problem of integrity revolves around society’s perception or priorities. And because this is not merely an economic issue, simply increasing salary isn’t going to be enough. If that is the case then the newly increased wages should be reflected in citizen satisfaction reports in the future, something which doesn’t have any historical precedent. After all, money isn’t the only factor that determines job satisfaction. Unless these two themes are addressed, the duplicity is going to continue to persist and lead to a situation where citizens will be seen backing even abusive behavior toward the duplicitous bureaucracy. This in turn will lead to a spiral of contempt between service seekers and providers.

Civil servants eventually to retire at 60

KATHMANDU, Sept 4: A bill drafted by the Ministry of Federal Affairs and General Administration proposes barring the local units from... Read More...