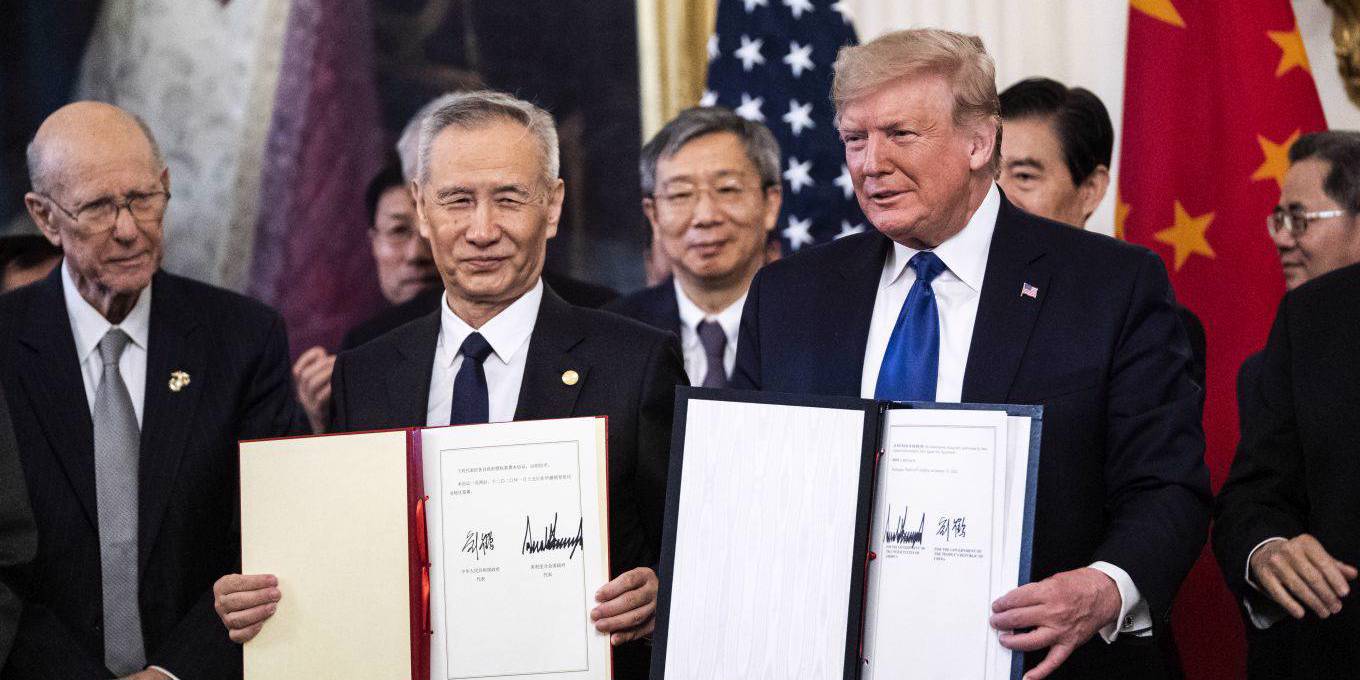 Trump’s bilateralism and rejection of the WTO has undermined the entire international trading system and inflicted great harm on US firms and households.

WASHINGTON, DC – Since World War II, the global economy has performed beyond the wildest dreams of its post-war architects, yielding unprecedented gains in health, education, living standards, poverty reduction, and wealth. Central to this success was the growth and liberalization of international trade, which was made possible with US leadership in the creation and stewardship of an open multilateral trading system.

That system—enshrined first through the General Agreement on Tariffs and Trade and then in the World Trade Organization—established international rule of law over global commerce, non-discrimination among trading partners, and a forum for negotiating tariff reductions and the removal of other trade barriers. The WTO succeeded the GATT in January 1995, and by 2000, average tariffs on manufacturers in advanced economies were about 2%, far below the levels of 1948. International trade had grown from around 20% of global GDP in the early post-war years to 39% in 1990 and 58% in 2018.

But the open multilateral trading system has been severely eroded over the past few years. The dollar value of world trade fell by 3% in 2019, even as world GDP was still rising. This reversal was largely the result of America’s shift toward bilateralism and protectionism since the beginning of US President Donald Trump’s term in January 2017. Trump seems to believe that the United States is powerful enough to secure better “deals” by negotiating (read: bullying) with trading partners one on one. But while the US is indeed a large trading country, it actually accounts for only 4% of the world’s population and less than one-fifth of global GDP. Those numbers alone justify skepticism about the effectiveness of Trumpian bilateral browbeating.

Moreover, enough time has elapsed that we can now subject Trump’s approach to the microscope. His stated aims when he came to office were to reduce US bilateral trade imbalances and remove or reduce trade barriers and tariffs against American goods, thereby increasing US exports. None of these goals has been achieved.

Bilateral and overall trade deficits cannot be remedied through protectionism, and both indicators have actually worsened under Trump. The overall US trade deficit rose from $750 billion in 2016 to $864 billion in 2019, and has now reached its highest level since July 2008. And US exports to China, the main target of Trump’s “America First” trade policy, have risen by only 1.8% in the year to August 2020, while Chinese exports to the US have risen by a whopping 20%, thereby increasing the bilateral trade deficit.

As is always the case in trade wars, both countries have lost from the tit-for-tat tariff increases. American consumers now must pay more for many goods from China, and the US has had to pay out some $28 billion in compensation to American farmers. Numerous US businesses have been forced to pay more for inputs, and have consequently lost market share to foreign competitors who now have a cost advantage. And, predictably, China has raised its own import tariffs on American goods, undermining US exports.

Similarly, the Trump administration’s “renegotiation” of the North American Free Trade Agreement (NAFTA) and the US-Korea Free Trade Agreement (KORUS) were supposedly meant to address “new issues” like the rise of the digital economy. And yet, these issues had already been included in the Trans-Pacific Partnership (TPP) negotiated by Barack Obama’s administration, which Trump immediately abandoned upon taking office. Having concluded a similar free-trade agreement without the US – the Comprehensive and Progressive Agreement for Trans-Pacific Partnership (CPTPP) – the remaining members of the original agreement now enjoy duty-free access to one another’s markets, while the US is subject to higher tariffs vis-à-vis these countries.

So, far from reducing the barriers faced by US exports, Trump has managed to increase them almost across the board. Under the TPP, American wheat producers would have been spared Japan’s 38% tariff on all wheat imports. But now that the TPP has been replaced by the CPTPP, Canadian and Australian wheat exporters to Japan are subject to lower tariffs than their US counterparts. Making matters worse for US producers, Japan and the European Union have since concluded a free-trade agreement that eliminates duties on autos and other goods.

The list of Trump’s “own goals” goes on. Sweeping tariffs on US steel and aluminum imports (which initially included those from its NAFTA trading partners) have merely disadvantaged American steel-using industries. But iron and steel employment has fallen over the past two years.

Even though almost every US ally has been on the receiving end of US demands for changes in trade relations, very little has been achieved. The primary changes to NAFTA were in automobiles and parts, and the effect was merely to increase protection against imports from Mexico.

Finally, and perhaps most importantly, the Trump administration has severely undermined the WTO by blocking the appointment of new judges to its appeals panel, thus rendering the dispute settlement mechanism non-operational. The WTO is a global institution whose 164 members account for 96.4% of world trade and 96.7% of world GDP. The world desperately needs it to function properly.

The Trump administration would have had a much greater chance of success if it had addressed outstanding trade issues through the WTO. Forming alliances with likeminded trading countries and amending the WTO’s rules multilaterally has long been more effective than pursuing narrow, piecemeal objectives unilaterally. Trump’s bilateralism and rejection of the WTO has undermined the entire international trading system and inflicted great harm on US firms and households.

GENEVA, Oct 21: China is seeking $2.4 billion (£1.9 billion) in retaliatory sanctions against the United States for non-compliance with... Read More...