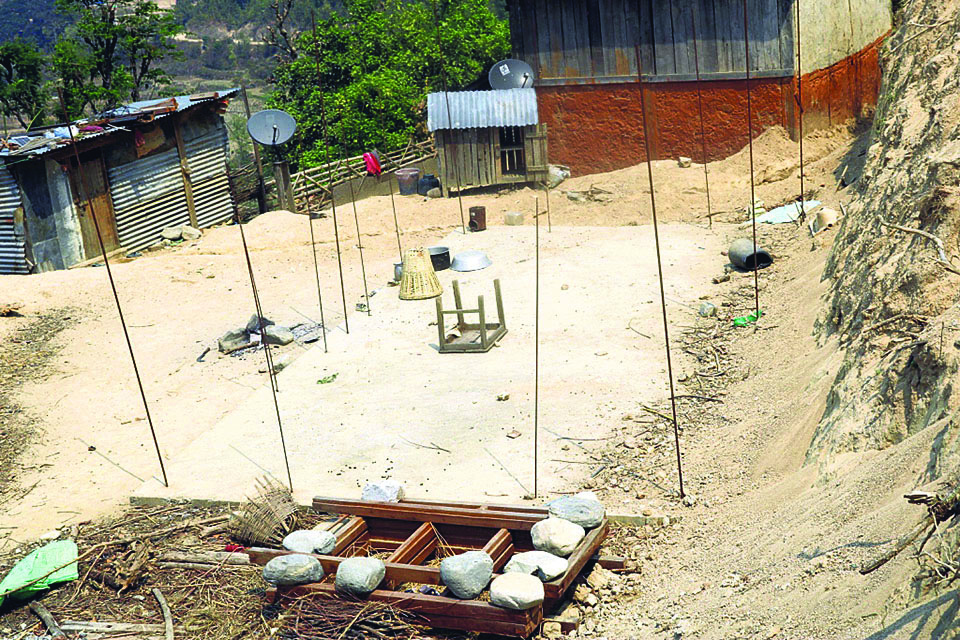 The author is a visiting faculty in Kathmandu University School of Arts
news@myrepublica.com

A blanket approach of distributing Rs 300,000 each to all earthquake victims can’t be considered as mission accomplished

The real challenge for the government of Nepal after 2015 earthquake has finally started emerging. While the government is in mood of celebrating near completion of reconstruction of private houses, its test has started as it’s failing to wind up the reconstruction task. Families that were capable of standing back to their feet after 2015 earthquake have already reconstructed their houses. But the process has filtered out the most marginalized, ultra-poor, and vulnerable people. Government’s role as a social justice provider will be tested henceforth.

There are people who will never reconstruct their houses because they already have another elsewhere. But they are small in number. The government must ensure that ‘no one is left behind’ in real sense. Those who believe in percentage outcomes might rejoice over the government’s final accomplishment but those that weep even at a single suffering need to rethink whether we have completed reconstruction in the real sense.

It is wrong to think that every individual has a family, and that the community supports those in need. My recent visit to Gorkha and Dolakha, two of the earthquake-affected districts, helped me realize the plight of single, physically-disabled or poor survivors. It’s impossible for government to reach out to every such household, nor really find out the real reason for not reconstructing their houses. There are people in far corners of the earthquake shaken district who have been living in small cottages in pathetic situation. They could not reconstruct mainly for two reasons. First, because of lack of financial resources or lack of access to resources. Second is that people hesitate to abide by government procedures and technical standards. This happens also because these people have to take care of household needs all by themselves.

There are people who have taken the first tranche of reconstruction grants (Rs 50,000) but have not been able to reconstruct their houses. There is a reason for this too. Grants distribution was effected on wrong time. Since it was first distributed during Dashain festival, many spent their money for personal expenses.  Some others spent it for medical purposes and many others used it to pay back their loan. Thus we cannot assume that every beneficiary of first tranche has utilized it to construct the house up to the plinth level as the procedure demands.

Our constitution has guaranteed right to appropriate housing as the fundamental right of the citizens. Nepal has also ratified numerous international treaties that protect housing rights.  In line with such provisions, the government should leave no stone unturned to ensure that every victim has a house of his/her own. Nepali people have always coped with adversity, often on their own.  They do not really look up to the government for everything. But this does not mean the government can ignore their plight.

The government should make an assessment whereby the real needy and vulnerable are identified. A blanket approach of distributing Rs 300,000 each to all earthquake victims can’t be considered as mission accomplished.

The real test has finally started. We will have to wait and see how the government works to ensure that no victim is left behind. People, who really require help from the government, are the people who are left behind, poor and vulnerable.  Will the government come up with realistic plans and strong correction measures for these people?