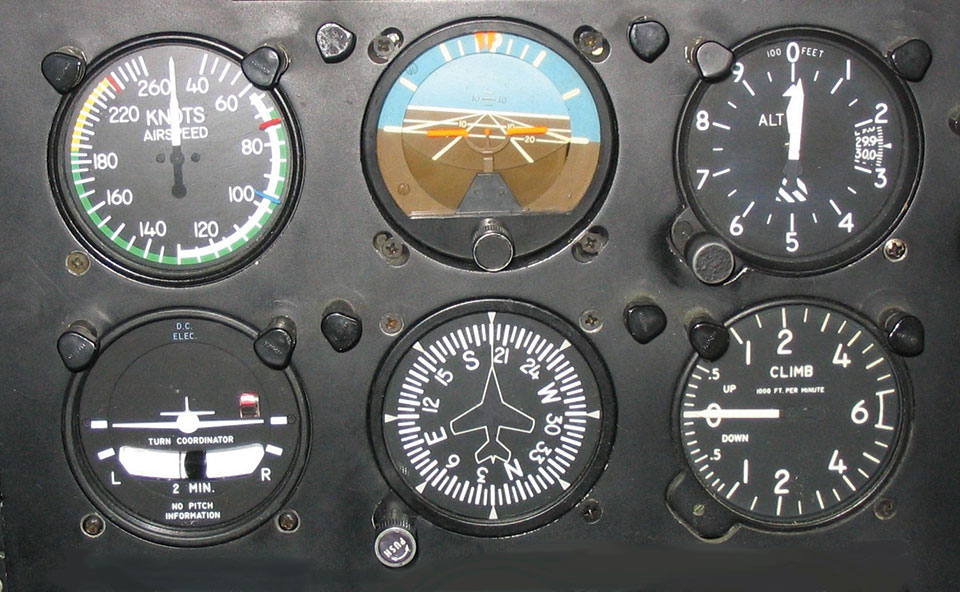 Concerns have been growing that airline pilots’ basic stick, rudder and energy management skills have weakened with automation

This piece aims to present a brief overview of safety related issues arising out of over reliance on cockpit automation. The automation progressed, incrementally, over a protracted period and it has enhanced aviation safety, increased efficiency and reduced pilot’s workload. The current level of automation has progressed to the extent pilots are busy just for couple of minutes before landings and after take-offs. Ironically, it has also led to evolvement of newer and even bigger safety concerns as seen in various instances. Concerns have been growing lately that airline pilots’ basic stick, rudder and energy management skills have significantly weakened with the advent of automation.

Cockpit automation began with installation of “autopilots” that helped stabilize an aircraft’s attitude through mechanical manipulation of the flight control surfaces. The most basic form of autopilot was able to establish on predetermined “heading” and “level” by manipulating appropriate flight controls. It removed the pilot from operating controls manually which distanced him from actually feeling of aircraft response. The second level of automation came with introduction of “controllers” which told the autopilot what to do. All sorts of navigation or altitude related information, like specifying the rate of climb or descent, or even provide routing details could be programmed through it. The pilot at this level of automation had the responsibility of programming and monitoring the autopilot functions. The third level of automation marks the introduction of Flight Management Computer (FMC). The pilot has now to program FMC, a stage above the controller in the order chain. There is no limit to what automation cannot do because of possibilities offered by software programming.

A perfect system of cockpit automation may be possible only in theory. But it will always remain less perfect as the final authority of the flight rests with an “imperfect” human, who by very nature, can make serious lapse of judgement at times and it is more true during emergencies. Automation has not reached the point where it can handle all contingencies. Perhaps, it will never ever go that far.

Cases to consider
There have been some cases which showed a clear relation of pilots flying skills and senses being rusted to the extent leading to much reduced situational awareness especially in a “glass cockpit” environment. The required corrective measures, in the form of human interventions, were either “very late” in coming or, the actions taken, which made it even worse, seem to have contributed to the accident itself! The analysis of black box data of Air France flight 447, lost in mid Atlantic in 2009 due to high altitude deep stall, lays bare as a text book case. All could have been saved if the crew had acted correctly than doing the opposite, making the already bad situation worse, that led to 228 fatalities.

Otherwise, taking safety as “fait accompli”, airlines were on demand for better “flight managers” than conventional “pilots”. But this has all suddenly changed following the gaps that were apparent with the loss of AF447. Other much-talked about cases relate to confusion arising from mismanagement of automation which had serious or potentially serious consequences for a serviceable aeroplane as with B777 Asiana Airlines (three fatalities / San Francisco, 2013), B737 Turkish Airline (nine fatalities / Amsterdam, 2009), A340 Air France (Paris, 2012) and A320 Air France (Tel Aviv, 2012). The last two, however, managed to land eventually.

We find that two major manufacturers have differing approach toward authority entrusted to the flight management system (FMS). One lets it have far greater authority; the other takes it only as a tool to be used by the aircrew. Depending on the level of authority it can even let automatic switching of flight mode control under certain situations. And this may occur without input from the crew and sometimes even without their knowledge. Several significant aviation accidents have been attributed to such confusions.

An American pilot employed in Asia was shocked by the lack of basic piloting skills among the regional/local crews. Other expatriate training pilots also had similar stories to tell about lack of basic “head-up” airmanship skills and were more involved with “head-down” button pushing. Many western countries have robust “general aviation” (GA). ICAO defines it as flight activities not involving commercial air transportation or aerial work, where pilots amass hundreds of hand-flown takeoffs and landings before progressing to fly bigger aircrafts. But in our case and since we do not have GA of any sort, the co-pilot (P2) learns by observing the Captain while accumulating the required hours in commercial flights. Captain will let the P2 to fly the non STOL fields for the feel of the aircraft while advising and evaluating their performance all the time.

But at times ATCs have no option but to instruct, not just rerouting, but even a runway change at the last minute. This does not leave enough time for the crews to make critical changes to the aircraft’s programmed flight path. An aircraft is flown manually rather than risk losing situational awareness in trying to reprogram in such an event. But this pitfall is not endemic to pilots from developing regions alone as above examples have shown. In Asiana’s case at San Francisco, habituated to instrumental landing system (ILS), the crews were required to make a manual landing as the ILS was not available.

Tricky job
Perfecting landing is the trickiest phase of flying and pilots need to hone up their manual flying skills in that particular area. This can be done in a modern six-axis simulator making it more difficult to handle manually than in an actual flight. The six includes forward/backward, left/right (sideways) and up/down (vertical) besides three rotational axes namely roll, pitch and yaw. The simulator exercise lets all possible twists and turns to fine tune all skills necessary. To put in a pilot’s own words “once a pilot is properly checked out from simulator, the actual hand flying in big commercial aircraft is a piece of cake.” But in spite of all the automations and safety features offered by the inbuilt flight envelope protection, it is an anticlimax that only the rudimentary flying skill of pilots will be useful in providing the ultimate backup in getting an aircraft on ground safely in a difficult situation.

KATHMANDU, June 26: Commission for the Investigation of Abuse of Authority (CIAA) has launched an investigation into the national flag carrier'... Read More...