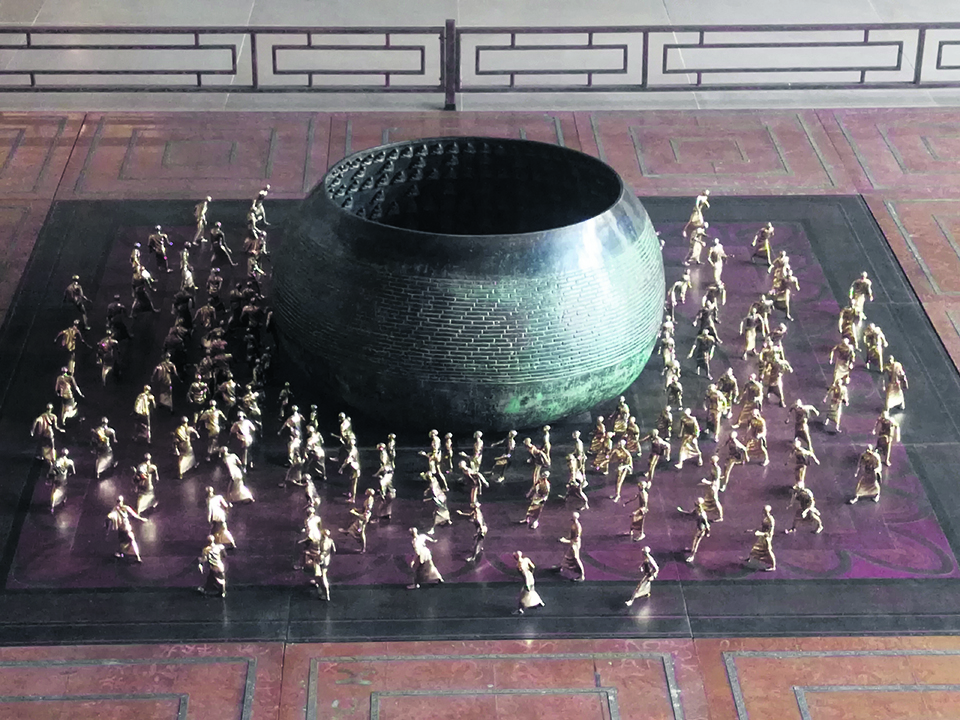 In economies where informal sector dominates and political protection is a profitable racket, return on investment in politics is invariably more lucrative than any other business or industry.

Sometime last week, a popular vernacular daily ran an intriguing story about poll expenses. The reportage was part narrative, part speculation, part collation of expert opinion and part theorization, but it succeeded in making a very important point: Much of the money for the most expensive elections in the history of Nepal appeared to be coming from unaccounted wealth and from outside banking channels.

The story under the combined byline of Akhand Bhandari, Santosh Singh and Bhushan Yadav and with dateline Janakpur and Birgunj endeavored to build the case that sources of poll funds could be shady and may lead to further criminalization of politics. Anecdotal evidences suggest that the trio of reporters could be correct in their assertions. Several of the usual suspects of the 4B economy—bankers, builders, brokers and bureaucrats—seem genuinely surprised that unlike in previous elections, political parties aren’t pestering them for contributions this year. Unfortunately, the mainstream media has chosen not to follow up the story.

Even though freedom before and after the expression in Nepal is much better than what it was during the decade of Maoist insurgency and the royal-military regime, most media persons continue to exercise a very high degree of self-censorship. In the tight job market, no gatekeeper wants to stick their neck out by uttering controversial truths. Repeating the received wisdom about political stability, ethnonationalism, majoritarian democracy, faster development, quicker prosperity, corruption control and promotion of social harmony ad infinitum is much safer and a lot easier.

Media outlets are competing to outdo each other in strengthening the status quo. It helps that the choice at the hustings is between the Tweedledum and Tweedledee with little to differentiate the Democratic Alliance with the Left Axis except the stridency of their fear-mongering. It’s a bit like shuffling a deck of cards repeatedly in the hope that the jack will somehow turn into a queen if only one tried hard enough.

In an election completely bereft of ideological clarity or political agenda, it’s personality of the candidate that really counts along with the strength of concerned caste, size of the community, potency of linguistic identity, ferocity of henchmen, activeness of hangers-on, enthusiasm of supporters and the paraphernalia of propaganda. Cultivating all these connections requires hard cash, variously estimated to be from half- to a million per day for at least two to three weeks prior to the day of polling. That’s quite a neat sum! The question still remains: Where is all this money coming from?

Since a clear answer to a complex question is difficult to come by, a bit of conjecture and guesswork is necessary to explore various possibilities. Comparisons with Pakistan, a nationalistic soulmate and geopolitical sibling of the Cold War era, are always useful in comprehending political realities of Nepal. Just as in Nepal, elections in Pakistan are few and far between but raucous affairs involving large sums of money.

On the last day of November, Pakistan’s ace diplomat, former foreign secretary, veteran politician and respected intellectual Akram Zaki, 87, passed away in Islamabad. Married into the Koirala Family of Biratnagar, Ambassador Zaki was a true and silent friend of Nepal. Whenever present at South Asian talk-fests, he usually listened and seldom opened his mouth unless he had something really important to contribute to the deliberation.

Till the late-noughties, the term South Asia was still sexy in New Delhi. Intellectual maestros of Max Mueller Marg were happy that one of their types has succeeded in occupying the most powerful post in the country without ever fighting a single direct election. Track Two diplomacy used to bring notables from South Asia to the India International Center. Unlike impertinent babblers from Nepal or Bangladesh, Pakistanis tend to exercise considerable restraint in expressing their opinion on the Indian soil. They did even more so in the presence of a senior figure. Perhaps to free fellow participants from inhibitions, Ambassador Zaki often chose to mingle with the Nepali contingent at Imagine New South Asia or such other initiatives.

A Rana son-in-law, Maharaja Karan Singh brightened up whenever addressed as ‘Jwaisaab’ despite his age at informal soirées. Not so Ambassador Zaki. He didn’t like being called ‘Bhinaju’ by people that he didn’t know well enough. Like a true-blue Pakistani, he preferred the Saab suffix to his last name. Once a Nepali interlocutor asked him about sources of fund of what was then the emergent Tehreek-e-Insaf Party of celebrity cricketer Imran Khan. In somewhat evasive manner—he was a product of Pakistan Movement and had remained politically loyal to the Muslim League—Zaki-Saab had replied that funds were never a problem for ambitious politicians in Pakistan and had added, after a meaningful pause and a playful grin, or in Nepal. That enigmatic smile has now become a memory for people who interacted with him even for a short while.

The reason behind abundance of poll funding isn’t difficult to guess. In economies where informal sector dominates and political protection is a profitable racket, return on investment in politics is invariably more lucrative than any other business or industry.

Even the leader of small political party can be a fixer when the winner or at least an intermediary when a loser. As a frontier state, Pakistan gets higher consideration, but Nepal too is a geostrategic hotspot where competition for sphere of influence attracts the attention of international criminals and world powers alike. Unlike Pakistan, it doesn’t take a lot of money to meddle in internal affairs in Kathmandu.

In most flailing states, crime pays, and then it pays criminals to have influential patrons in corridors of power. The entrenched elite of the Permanent Establishment too yearn for political legitimacy and fund their favorites in the electoral fray. Of the ‘Allah, Army and America’ trio that is said to run Islamabad, the Almighty often channels its munificence through Sheikhdoms of West Asia. The Army has its ISI wing to manage political affairs among many other more complex tasks. The Americans are known to carefully hedge their bets, wager upon all key players in the arena, and then somewhat like the Chinese, own up whosoever is the winner. Comparable scenario in Nepal isn’t inconceivable.

A cursory glance at the electoral scene is enough to reveal that the Left Axis is flush with funds. The CPN (UML), dominant component of the Axis, controls most supply cartels, trade syndicates and other formal and informal groups that dominate businesses. The party has free access to the deep pockets of manpower businesses, land-market league and building conglomerates. Nobody has done a formal survey, but it’s widely believed that barring some notable exceptions, supporters of UML hold almost a monopoly over education and health businesses. They have been the mainstay of UML and will continue to bear the burden of the Left Axis.

Diplomatic missions of Nordic countries have often functioned like funding agencies for the front organizations of UML since early-1990s because almost all their local hands and informants were recruited from the same monoethnic group of Hindu, Aryan, Male, and Nepali Speakers (HAMNS) professionals. Once again, a formal census is hard to come by, but it’s conventional wisdom in Kathmandu that UML activists dominate consultancy businesses, human rights industry, the NGO enterprises and almost everything else that involves donor agencies. That it’s a political front of the PEON doesn’t even need explanation.

The Maoists appear to have made some very wise investments from the proceeds of armed conflict and the peace process. It has taken less than a decade for former proletariats to become neo-feudal lords. They have their favorite ‘nationalist capitalists’ to fund their campaigns. While still in the wilderness, Maoists are reputed to have established contact with influential players of illicit cross-border trade. That may have strengthened their position once the lapsed insurgents joined the ruling class and became a citizen’s party.

Beyond direct beneficiaries of crony capitalism, it’s hard to identify donors to the kitty of democratic alliance. It does have the richest person of Nepal on its list of candidates, but such a status is unlikely to be gained without driving some hard bargains on the way. What has NC promised to lure the billionaire away from the UML?

That leaves the field open for foreign players. In a role fitting its status, the USA, China and India are probably spreading their lucre around evenly. So no matter who wins these elections, no loser is likely to be left out in the street holding a bowl.

How much money can an LED light bulb save you annually?

Across Europe, many people have bid their dusty old incandescent lightbulbs farewell and replaced them with modern LEDs. They tend... Read More...

The code of conduct that has been enforced ahead of the local election slated for May 14 is being egregiously... Read More...