The masterminds behind the tales 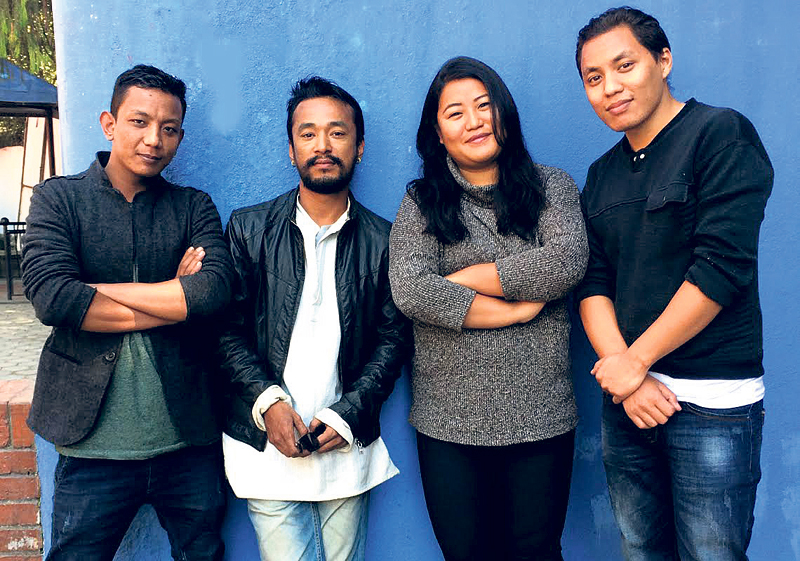 Ekadeshma International Short Film Festival is a pioneering film festival in Nepal that showcases short films from Nepal and around the world. With 79 compelling and distinctive stories from all over the world, Ekadeshma’s fourth edition begins from today. This year, they tell tales about social struggles and self-revelations, penned down by both student filmmakers and renowned directors alike. The Week’s Reya Shreya Rai speaks to some of these talented filmmakers on their ideas and what they have to offer.

Sankalpa is about a middle-aged man in a rural village. He’s someone who doesn’t have a single female presence in his life; no mother, no wife, no sister and so on. So, I’ve tried to portray the mental state of someone who doesn’t have a woman in his life. I actually got the inspiration from a guy in my village called Laxmi Prasad. It took a lot of patience for me to witness the workings of his mind. I took note of his whereabouts, habits, and behavior pattern, the way he interacted with people and so on. This information, I carefully compiled into my film. So, basically Sankalpa is about Laxmi Prasad.

Ever since I was a child, I was more inclined towards movies. I loved watching Indian movies when they were the only things that used to run on the television. As I grew up, I found myself trying out Hollywood flicks. Back then, I used to wonder about what was good Nepali cinema. I wanted to question the Nepalis filmmakers. Later, I joined Oscar International College and started learning more about filmmaking. This was the turning point from where I could actually start doing something.

Truthfully, I have not expected much. It’s just something that I filmed for my own satisfaction. I expect no profit or anything as such. The story of Laxmi Prasad is all that I wanted to portray. So, basically this is food for my soul.

While making a film, the filmmaker should not only be concerned about the Nepali cinema but cinema as a whole. They should be more

concerned about the ways their film can benefit the entire cinema world and make sure that they do not compare and contrast our cinema style with the likes of others. One needs to aim for originality and make sure that we study cinematography with its deeper roots than just skimming on the surface.

It is based on a comic book named Badal Chirdi Udyeko Surya. This film is inspired by real events that go unnoticed on the streets of Kathmandu, Nepal. We wanted to shed light on the sexual abuses that happens with street kids.

Animatic vibes design was introduced in 2072 BS. We wanted to draw attention to the positive and negative aspects of our society. So we’ve chosen 2D animation as our tool because we love animation and bringing characters to life.

85% of the 50,000 street kids in Nepal are in Kathmandu alone. We are hopeful that after watching this short film more people will get to know the truth behind what goes on in the lives of street kids.

The current situation of animation in Nepal is not really good. We have very few people working in the field of animation. Our film industry should nurture this creative side of filmmaking by providing better opportunities for animators and people willing to embrace animation.

There isn’t much story actually. Aahal is more about time narration than actual plot. Films can do what any other forms of art cannot. It can narrate time. Each second passed in the real world is the actual second passed in the reel-life. Paintings and books cannot do that. So this film is rather experimental in nature. I learnt this form of art from Manoj Babu Panta and Avinash Bikram in college. I’ve basically derived the pictures from the stream of consciousness. I think this is what makes the film unique.

To be honest, college was a hard feat for me. It took me four years to complete college. The years that I failed, I pondered on matters that I could actually succeed in. I questioned my capabilities and kept trying. So it was then that I made my first film and realized that this was it. I’d finally found my true calling. So, after my third year at Oscar International College, this is my final project.

I don’t have many expectations but I’m excited to see the audience response. I’d become a one man army during the making of this film. I wrote the script, managed the cinematography, directed it, and did the editing. Also, I made this film in a rather low budget. It was filmed in Saptakoshi of Sunsari district which is my hometown. Since the change starts from oneself, I chose my own roots to film it and shot pictures of what I’d grown up witnessing. There are only thirteen shots in this film but it took eleven days to take them.

Competing with Bollywood and Hollywood cinema is still a far-fetched dream. So, I think we need to create our own styles. We need to make use of our own resources and specialties. We might not be able to do better right away but we can always strive for the best. We have to solely aim for self-improvement at the moment.

Earning behind the bars

Even the world’s most stable democracies of late have been infected by strongmania ... Read More...