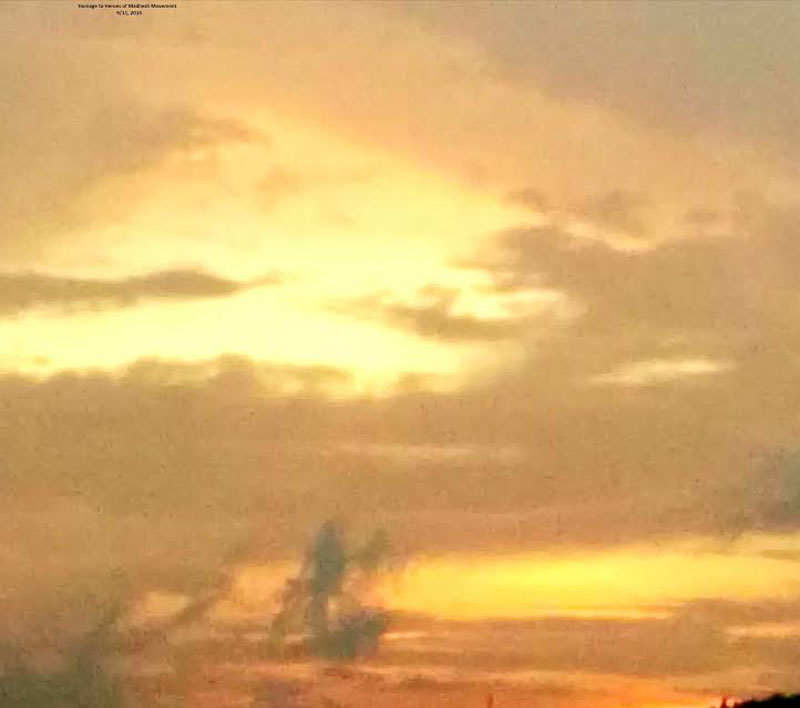 Like all other constitutions of the past, the days of the inert statute of 2015 too are numbered
Meaning of a memorial is context-dependent and often changes with time. For almost three decades, the 9/11 adumbration stood for the CIA-backed coup d’état of 1973 in Chile that overthrew President Salvador Allende, installed 15-years of military dictatorship under Augusto Pinochet, and transformed the South American country into a laboratory of political economy for the Chicago Boys of the prophet of free-market fundamentalism, Milton Friedman.

In 2001, the twin phalluses of capitalism collapsed into a rubble when two hijacked planes, allegedly under the control of Al Qaeda militants, hit the iconic building of New York. The third hijacked aircraft rammed into the Pentagon. The fourth one crashed in a field in Pennsylvania. The USA declared a War on Terror. The meaning of 9/11 changed as the greatest military power in the world history went on a rampage, bombing Afghanistan to stone ages and engineering regime changes wherever it found an irritant.

With low literacy, lower economic capability, lowest media penetration and insignificant internet use, it’s unlikely that even the intelligentsia in Tarai-Madhesh know much about the original 9/11 of South America and concurrent rise of authoritarianism and neoliberalism under the Berkley Mafia in Indonesia, the Harvard Heroes in Pakistan or the Bunker Boys in Nepal. Awareness about the later 9/11, however, is perhaps higher.

It’s possible that the Generation Headband—the young cohort of tweens and teens that proudly wore Jai Madhesh bandanas on their foreheads for well over nine months—of Madheshis will mark 9/11 slightly differently than their predecessors. Moments of agony have been captured on cellphones. Limitation of words in expressing the pain of an entire population was thoroughly exposed. The 9/11 in Jaleshwar and Janakapur showed that Madheshi lives didn’t at all matter in what they called their own country. The Human Rights Watch titled its report ‘Like We Are Not Nepali’, a caption that succeeds in capturing the combination of anguish, anger and despair prevalent in Tarai-Madhesh in the wake of 9/11, 2015 and subsequent police atrocities.

In the antiseptic prose of neutral observers, the HRW reports about a fourteen-year-old, “...Nitu Yadav was among the protestors. He attempted to hide from the police in some bushes. Four separate eyewitnesses described what happened next. In front of onlookers he was dragged from his hiding place by police officers, thrown to the ground, and, while an officer stood on his legs, shot in the face at point-blank range. Doctors who subsequently examined Yadav’s body confirmed that it bore injuries consistent with this account.” Barely a week or so afterwards, a triumphant regime that had vanquished its own population promulgated a new constitution from Kathmandu. As if to rub salt over raw wounds, the promulgator repeatedly held the contested document to head as lawmakers cheered.

A year after the catastrophe, it’s easy to see that the controversial statute has created more problems than it could ever hope to solve. The longstanding chasm between the Pahadis and Madheshis has perhaps irredeemably deepened. The gulf between Janjatis and the constitutionally-created political category of Khas-Arya has widened. Women have once again been consigned to the role of being mere beneficiaries of male munificence. The Dalits, the Christians, the Muslims and other social as well as religious minorities have been left out to remain at the mercy of regimes mandated to protect, promote and propagate Sanatana practices of religion and culture, which is a barely-concealable euphemism for Hindu hegemony.

Lost opportunity
Most homogeneous nations live by traditions of their religion, language and culture. Maps of kingdoms have almost always been drawn on the ground with swords dipped in the blood of defeated nations of the same territory. Cavalries, armadas and aircraft carriers establish and run empires. Guns and guile gave birth to colonialism. Large-scale and brutal violence has always been an inevitable part of creating political collectivities called countries.

Some of the great freedom struggles including those of the French against their emperors, the Americans against colonial masters, or of the Russians against the Tsars were also wars of one group against other ones. In most such experiences, victors wrote constitutions with the barrel of their guns. The right to wear burkinis on the beach is still being contested in the mother of all republics. The independence that slave-owners declared for settlers from Europe is a false one for many of its minorities. The man-on-horseback with the naked torso has made a mockery of Marxist dreams of social democracy. The world may have become less brutal over the millennia, but the power of dominant groups or personalities to inflict harm on all others has increased manifold.
The experiment of peacefully ‘constituting’ a ‘state-nation’ consisting of multiplicities through a peacefully negotiated settlement is mostly a post-colonial phenomenon. Negotiations over clash and clustering of identities are fraught with risks of fragmentation.

Division of power and resources in a satisfactory manner is an equally fractious issue. It takes a long time to resolve constitutional conundrum even when such processes are backed by brilliant minds and powerful patrons. The ruling elite in Nepal have never been known for their patience. Since the early-1950s, it has been writing a new statute almost every ten years.

The PEON contrived to kill the first Constituent Assembly in the history of the country through a combination of vicious propaganda, conspiratorial media campaigns, and Astroturf movements. Finally a constitutional coup staged under the aegis of the Supreme Court that fixed the expiry date of the sovereign mandate wielded the machete. An extra-constitutional government was then formed, which conducted elections for a new legislature under the watchful eyes of the security forces. The inevitable happened—McCarthyism won the day and the PEON succeeded in gaining electoral legitimacy for running the state as a nation and maintaining its hegemony.

The Maoists soon made peace with monarchists, militarists, mercantilists and meddlers of all hues. The Janjatis were dispirited as toadies jumped ship midstream to take advantage of the situation. The Dalit activists had also more or less given up hope. The religious minorities in Nepal have long resigned themselves to a peripheral position in polity and society. The only group that refused to take things lying down was the Madheshis. Even though relegated to the role of an inconsequential force in a legislator dominated by PEON supplicants, Madheshi lawmakers continued to raise long-contested issues of restructuring of the state.

The inflection point was perhaps the Gorkha Earthquake. The dominant group decided to use the classic technique of manipulators of using a crisis to impose unpalatable policies while people were distracted towards more urgent tasks. That’s how the 16-point conspiracy was hatched to ‘fast-track’ a statute in the middle of aftershocks relegating all other tasks of relief, reconstruction and rehabilitation to the background.

The Madheshis were first stunned into inaction. A relief from the single-bench of the Supreme Court that the promulgation of a constitution without clear demarcation of federal boundaries was a violation of the interim statute did raise some hopes for a while. But those expectations were soon dashed as gerrymandering made restructuring meaningless. Extant Gorkhali myths, legends, lore, ideas, places, images, stories, and rituals were legitimized to be part of the natural order of things in the Khas-Arya nation and Madheshis were expected to know their place and stay there.

Blackened memory
Small countries take their sovereignty a little too seriously, more so when a majority with the minority complex rules the land. Borders are open. Currencies are pegged inextricably with the ‘ten anna’ (approximately 0.625 Paisa) value of Mohar Rupiya a constant. Hindi is no less understood than Nepali. Internationally, in the same time zone, Nepalis must set their watch 15-minutes—it used to be just 10-minutes—ahead. Madheshis have always faced the consequences of the PEON’s prejudice and paranoia. The ruling elite sold a new constitution on the pretext of foiling Indian designs. Long domesticated to believe lies of its rulers, most Khas-Arya Nepalis bought the ploy. Madheshis failed to gain any sympathy for their plight.

Like all other constitutions of the past, the days of the inert statute of 2015 too are numbered. It’s pointless to honor it with a Black Day memorial. Perhaps it would be more appropriate to mark 9/11 as the day of sacrifice that breathed new life into long-dominated people of all ethnicities and minorities in the country.

Stop me from entering Madhesh but not the water from SMDMP: PM Oli

KHOTANG, April 11: The Deputy Prime Minister, Upendra Yadav has threatened to leave the government if it failed to fulfil... Read More...