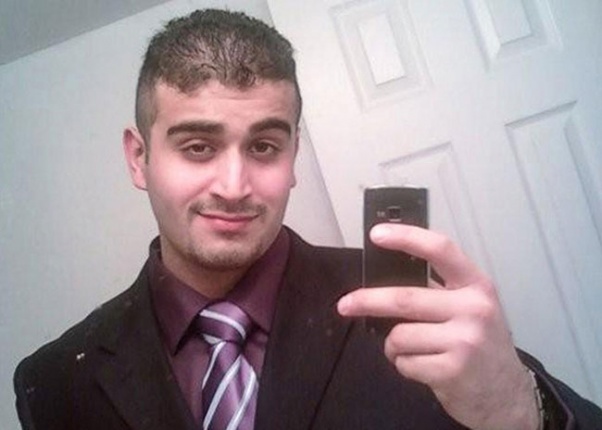 With ISIS and Al-Qaeda operatives in the Middle East are led astray
If initial news reports from the US are to be believed, Omar Mateen, the gunman who attacked the gay club in Orlando, Florida, was an ISIS sympathizer. I believe these recent terrorist attacks in Western cities represent the changing face of terrorism: Terrorism 2.0.

The hallmarks of new terrorism are the lone wolves, people who carry out attacks in support of a terrorist organization/ideology without being directly affiliated to it. Just like the Orlando shooter, they might sympathize with a terrorist group but carry out attacks on their own.
First, the major differences between the old and new terrorists. The terrorist groups today want maximum casualties, unlike the terrorists of the past who targeted only the VIPs. Today’s terrorists, in stark contrast to past terrorists, consider their cause to be global and inflicting maximum causalities, either through their members or sympathizers, anywhere in the world, is seen as promoting their cause. They want to be in global media, whether by attacking villagers in Africa, nightclub-goers in the US or their own coreligionists in Iraq. They do not subscribe to a perverted version of Islam, as some tend to believe. What fuels them is the resentment against their own government, towards the West and towards capitalism. Who dies and where doesn’t matter; all that matters for them is the number of the dead.

Therefore, let’s not even mistakenly think that Orlando is some far-away place and we in Nepal are safe. A recent report of the US State Department duly stated that Nepal has the potential to be a terrorist safe haven. Unless the government spends more on modernization of our security forces—the Nepal Police, the Nepal Army, the National Investigation Department and the Armed Police Force—we could soon find ourselves in global news, and for all the wrong reasons. When we think of national security, we have to think not just of the obvious, but also of what is hidden. But in our case, forget the hidden threats; we are not even focusing on the most obvious ones.

For instance so far we have only focused on the good side of remittance. But take a minute to think of this highly plausible scenario: our youth are going to the Middle Eastern countries to work. They are young and poor and as such vulnerable to radical propaganda and ideologies. If the ISIS and Al-Qaeda have penetrated even the most fortified of Western cities, it is naive to think that they are not active in the Middle Eastern countries where many of our youths go. Now imagine even a handful of the millions of our youth coming in contact with an Al-Qaeda or an ISIS agent, or getting hold of some propaganda material and being brainwashed.

The indoctrinated Nepali youths then return and make contacts with other radicalized youths in India. They can easily plan an attack and procure weapons.

Alternately, a Nepali youth works independently and executes a terrorist attack in Nepal. Or s/he becomes the source of intelligence to terrorists from abroad wanting to execute a terrorist attack in either Nepal or India. Therefore, we too need to be vigilant to these plausible scenarios. Nepal, because of its political instability, poverty and open border with India makes for an attractive destination for today’s jihadist groups to launch attacks in Nepal and India.

Call it a far-fetched scenario but 20 years ago, we never, even in our wildest dream, thought that we would have an armed insurgency or have multiple armed outfits active in our country. So as the US State Department warns, we can’t also rule out Nepal becoming a terror hotspot. For those who say the Muslim population in Nepal is negligible and hence terror acts in Nepal are unlikely, they would do well to consider that many white Christians from the US and Europe have converted to Islam and now fight alongside their ISIS radicals in Iraq and Syria.

Again, better safe than sorry. We need to spend more on strengthening the capabilities of our security forces by providing them with latest equipments and training. There can also be an orientation program, conducted by either Nepal Police or Nepal Army, for Nepali youths looking to go abroad. Only those who have gone through the orientation should be allowed to fly.

The orientation program, by using case studies and role plays, can persuade the youth going to the Gulf not be swayed by the extra-friendly foreigners who invoke religion, injustice, revolution and jihad. The youths should be encouraged to report suspicious activities to Nepali embassy or the security forces in Nepal at the earliest. Similarly, an orientation program for the returnee youths about the dangers of radical propaganda and the real meaning of the words used by sweet-talking strangers is also vital.

Modernization of security forces can take a long time but starting an orientation program for the youths going abroad and coming back can be implemented right away. Similarly, given the rising number of internet users in the country, we should make sure that no terrorist propaganda is accessible from our networks. The police could hire some full-time Arabic speakers to monitor the contents in the web and immediately close down dangerous sites.

Additionally, Nepal Police can seek help of American and Middle Eastern agencies that are monitoring terrorist propaganda on the web. We in Nepal can then block terrorist sites they flag. We need to strictly monitor our borders with India. Plus, a high level India-Nepal commission on information and intelligence sharing must be established right away.

If the highly educated youth from Western countries can fall victim to terrorist propaganda on the web and become terrorist sympathizer, it’s just a matter of time when some of our own youth with functioning Arabic language skills or those who have had contacts with the ISIS and Al-Qaeda operatives while working abroad are led astray as well.

It’s an open secret that both ISIS and Al-Qaeda are competing for influence in South Asia and are out to attract potential recruits. Each is trying to prove that it is better and more deadly than the other. If we continue to treat security lightly, the recent US prediction of Nepal being a terrorist haven can come true. The time for action—serious action—is now.

This email address is being protected from spambots. You need JavaScript enabled to view it.">trailokyaa@yahoo.com

BRUSSELS, Nov 29 : Almost half of all Europeans fear climate change more than losing a job or of a terrorist... Read More...

TOKYO, May 8: After arresting two American university instructors and laying out what it says was an elaborate, CIA-backed plot to... Read More...