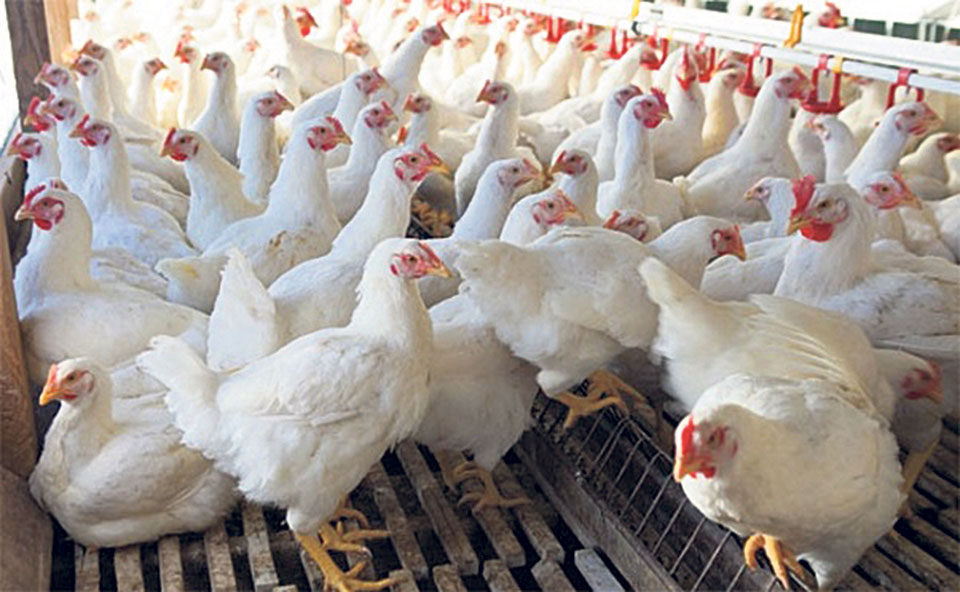 CHITWAN, May 13: Farmers of Chitwan have found that they have been cheated by suppliers when selling chicken.

Upon close inspection made by several farmers, it was clear that suppliers have been manipulating the scale of weighing machines so that the mass of chicken turns out to be less than the actual weight.

Gokul Sedhai, a poultry farmer in Khurkhure of Rapti Municipality, felt that the weight of chicken he sold was lesser than what he expected. He had initially blamed this upon faulty grains. However, when he bought a digital machine to weigh chickens and compared it with the supplier’s machine, he found it weighed less in the latter.

“Although the initial reading was fine, as more chickens were added, the weighing machine did not show the weight that I got when I weighed them myself,” Sedhai said.

“It was when I inspected the machine that I knew that there had been alterations in the machine. I then called the representatives of the Chicken Farmers Association and checked the supplier’s readings again to confirm that he had been cheating us by taking an extra two kilograms of chicken each time.”

Sedhai made the supplier pay Rs 80,000 in compensation on the condition that the mistake would not be repeated.

Sedhai further added: “Farmers sell chickens just by making simple calculations. The suppliers already make profit while purchasing chickens from farmers. It is too bad that they altered the weighing machine to cheat us.”

Raunak Ghimire, a farmer in Jamunapur of Ratnanagar Municipality, also claimed to be by the suppliers. He said that the suppliers weighed 20 kilograms less than the actual weight, when he sold 420 kilograms of chicken in February.

Int’l symposium on poultry production kicks off in Chitwan

1,051 people infected with dengue in a single day
13 minutes ago