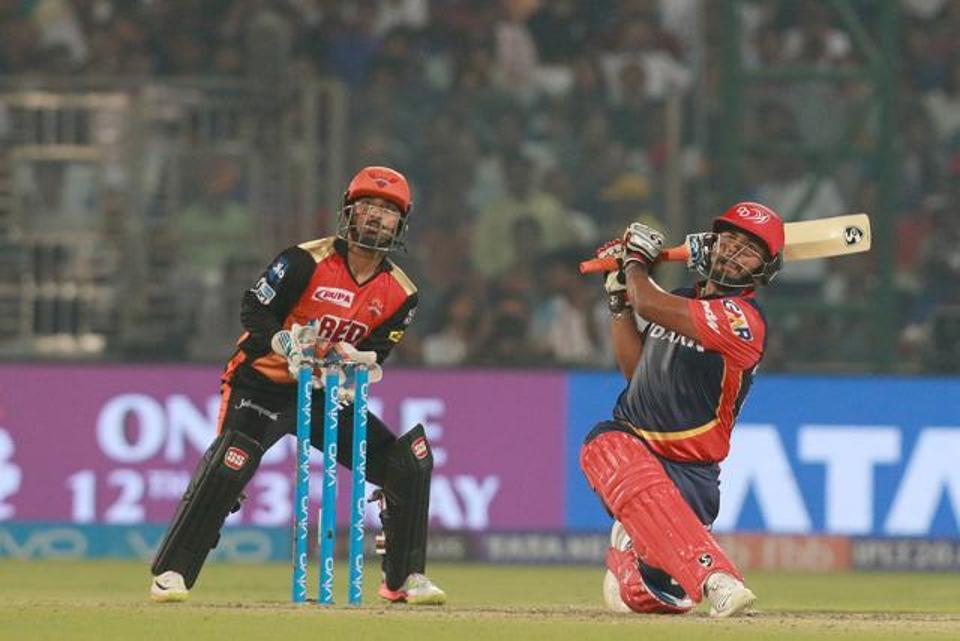 May 11: Rishabh Pant’s brutal 128 not out went in vain as Shikhar Dhawan and skipper Kane Williamson ensured Sunrisers Hyderabad became the first team to seal their playoffs berth in the Indian Premier League (IPL) 2018 on Thursday.

Pant seemed to have taken bottom-placed Delhi Daredevils to a winning total, only for Dhawan and Williamson to inflict the damage by just being alert to scoring opportunities at the Ferozeshah Kotla ground.

In the battle between Delhi cricketers Pant and Dhawan lay the fate of the match and Sunrisers marched to a resounding win, which threw Daredevils out of the competition.

Rishabh had set the Kotla on fire, smashing 128 (63b, 15x4, 7x6). If that had raised hopes for Daredevils, Dhawan and Williamson dashed that by bringing their 100-run partnership off 62 balls and then continued the carnage.

Sunrisers had lost Alex Hales early but kept their cool. Even while the opportunities for boundaries came intermittently, the two kept collecting singles and twos. From the third over till the end of the seventh, they ran for 20 off the 42 runs.

The carnage began with 15 taken off Vijay Shankar’s over as Dhawan helped himself to his second fifty this IPL, off just 30 deliveries. Soon Williamson got to his fifty, off 38 balls. The runs kept coming after the first strategic timeout with Amit Mishra leaking 14 and Shahbaz Nadeem going for 18.

Earlier, it had all been about Pant. The youngster, with his first century of the season, single-handedly carried his side after a poor start for the home side.

By the time Williamson unleashed his trumpcard, leg-spinner Rashid Khan, in the 10th over, Daredevils were 48/3 and it looked as if they would huff and puff to get past 100.

But what followed was a savage counter-attack from Pant. Thanks to his beautifully-timed strokes as well as delightful reverse scoops over third man, the hosts took 135 runs in the last 10 overs.

Pant took 24 off two Rashid overs and also didn’t spare Bhuvneshwar Kumar. The India paceman, extremely accurate in the first two overs, had no clue after being hit for six over deep midwicket on return towards the end. He bowled a wide and then leaked boundaries to go for 18. Brought in for the last over, he conceded 26, with Pant taking two fours and three sixes to disfigure his returns.