Suicide rate on the rise in Myagdi 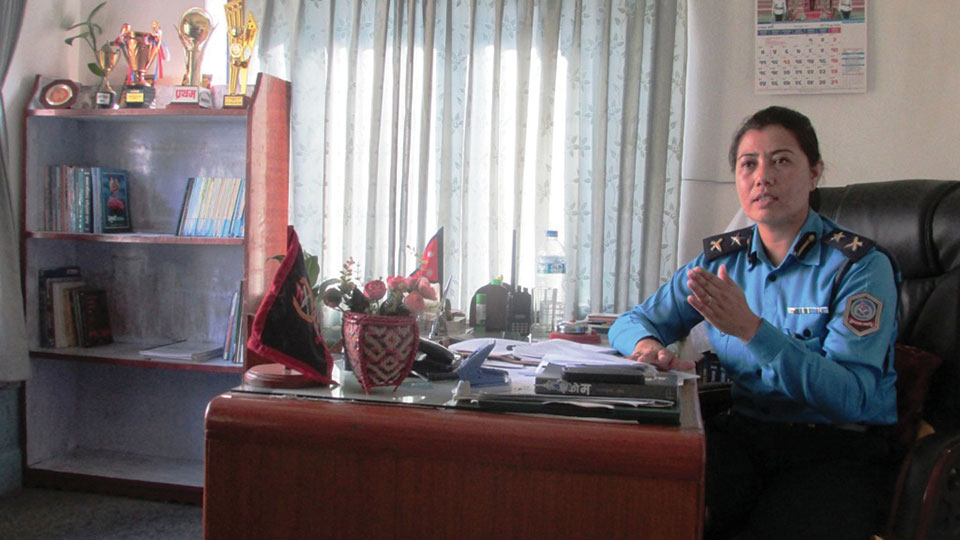 MYAGDI, May 13: When a seven years old from Mangala-3 attempted suicide, his family rescued him in a critical stage. After the young one was found hanging in his house, he was immediately rushed to Pokhara for treatment. The reason behind his suicide attempt is yet to be ascertained. Although the child has returned home safely, his parents are preoccupied with the feeling that he may attempt this again.

This is not the only suicide case in Myagdi this year. Another 10 years old Bipana Magar hanged herself to death at her home when all her family members were out for works. <span>When Bipana, who was one of the talented students in her school committed suicide, the entire village was shocked. Cases of suicide in Myagdi include the death of Sanam Fagami, Sumishya Bhandari and Sajita BK. All of them were aged below 18.

Victims of three suicide cases in the current fiscal year 2017/18 were aged between 10 and 20. Even the last fiscal year witnessed the deaths of three secondary level students. According to the statistics, suicide is the second most important reason behind deaths in Myagdi after road accidents.

According to the District Police Office of Myagdi, 23 people  including 15 males committed suicide in fiscal year 2016/17. Similarly, 14 males, seven females and three children have committed suicide in 2017/18. Those committing suicides normally use methods such as hanging to death, jumping off tall buildings and consuming poison.

“Suicide has surfaced as a serious problem. Suicide attempts by children is a grave problem we face,” said Deputy Superintendent of Police (DSP) Basundhara Khadka. DSP Khadka said 90 percent of the suicides were committed by people belonging to 16 to 48 years age group.

DSP Khadka, who has been running various campaigns against suicide, said that suicides have surfaced as a grave social challenge and that awareness campaigns should be run across the district.

Major reasons behind suicide by children, according to her, include influence from movies, anger management issues, unbearable incidents, pressure from family and society, failure at schools and influence from previous suicide cases in the village. “No one commits suicide without a reason. We need to identify these reasons beforehand,” she further said.

The cause behind many of the suicide cases are hard to ascertain. District Police Office's investigations show that the major reason behind suicide by children is the feeling arisen by unnecessary pressure from parents and their poor academic performance. However, major reasons behind adult suicide are found to be failed marriages, illiteracy, unplanned pregnancy, economic problems, poverty, social evils and exposure to chronic diseases.

BAITADI, April 22: Twenty-six people have committed suicide in the first nine months of the current fiscal in Baitadi, a district... Read More...

RATNANAGAR, Feb 15: A youth has committed suicide by jumping off the roof of a house over an unreciprocated love... Read More...