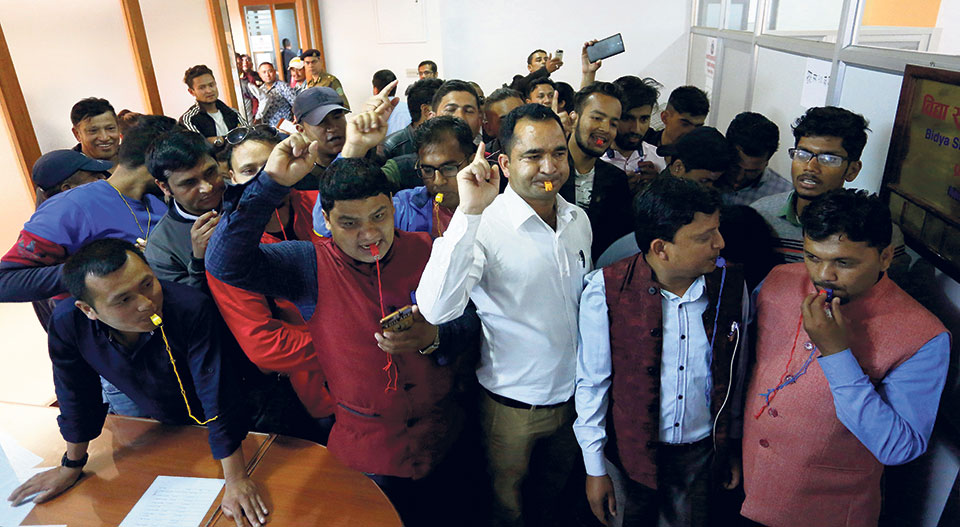 KATHMANDU, May 5: Student unions protesting against the 'illegal' hike in tuition fees by private schools staged demonstration by blowing whistles in front of the offices of local body chiefs and deputy chiefs on Friday. The unions demand, among other things, revocation of the hiked fees.

There are about 6,000 private (institutional) schools across the country.

"As they have not listened to our not listen to us, we blew whistles in front of their offices in order to wake them up," said Pushpa Kumar Shahi, vice-president of the Nepal Students Union (NSU).

The student unions said they are all set to announce their third phase of protests on Saturday to pressure the authorities into revoking the hiked fees. "We will publish the schedule for our third and final phase of protest on Saturday," said Shahi.

However, neither the government nor the private schools have done anything to address the demands of the unions so far. "The government appears reluctant to regulate the functioning of private schools, which have been operating in arbitrary fashion. And the schools also are not in a mood to withdraw the hiked fees. But we are not backing down this time," said Shahi.