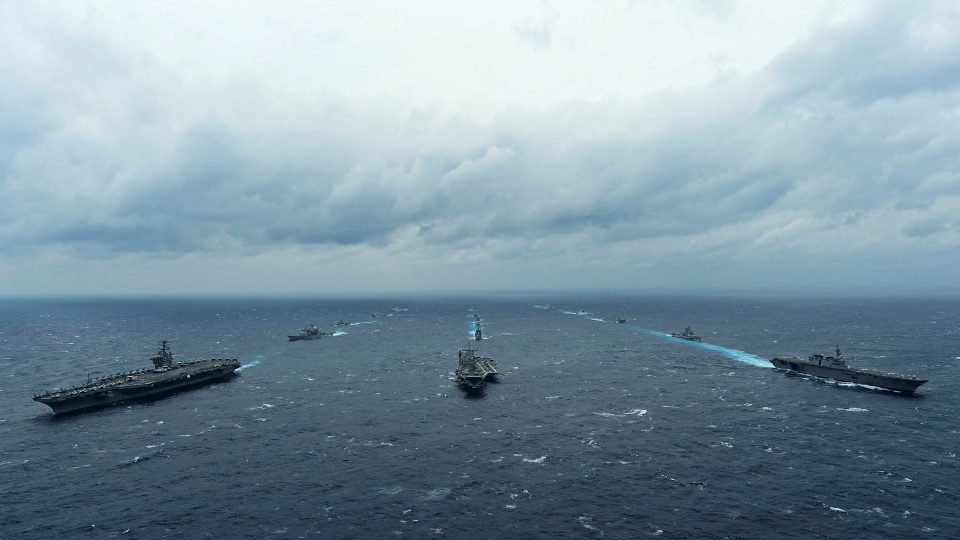 Bay of Bengal is now a critical theatre for economic and strategic competition. It has always been a connector between South and Southeast Asia but now it is the focal point for competing connectivity initiatives.

Although the ‘Bay of Bengal Initiative for Multi-sectoral Technical and Economic Cooperation’ (BIMSTEC) was formed in 1997, the idea of BIMSTEC as a regional grouping has only been gaining traction in recent years. Geopolitical developments related to deteriorating India-Pakistan relations and the consequent impasse within SAARC countries have given an impetus to BIMSTEC cooperation. Equally important has been the China factor. To counter China’s growing footprint in the region, India feels it must step up in its engagement with its regional neighbors.

On a more positive note, the outcomes within BIMSTEC are being built upon the solid foundation of good bilateral relations between the seven countries and their desire to push forward with regional integration initiatives. Finally, BIMSTEC integration also owes a lot of its progress to the BBIN(Bangladesh, Bhutan, India, Nepal) initiative.

This trend towards regional integration has come at a time of escalating great power rivalry and heightened geopolitical competition. The Bay of Bengal is now a critical theatre for economic and strategic competition. It has always been a connector between South and Southeast Asia, but now it is the focal point for competing connectivity initiatives.

New connectivity corridors are coming up as China seeks to link its western provinces to the Bay of Bengal and the Indian Ocean. Gas pipelines link China to Myanmar’s western coast. These corridors have the potential for creating growing security challenges for India, Japan, Australia and the United States in the future. There is a growing urgency for the four countries to cooperate in ensuring the security of SLOCs and vital choke points for international shipping in the Eastern Indian Ocean.

China is trying to strengthen its maritime and military ties with Myanmar, Sri Lanka and Bangladesh. The strategy is to build dependencies in these countries through the BRI. Sri Lanka’s descent into a BRI-induced debt trap offers a cautionary tale. In 2010 China gave Sri Lanka a US 1.5 billion loan to develop the Hambantota port. Other airport and rail projects followed and by 2015, Sri Lanka owed China US$8 billion in debt. In order to reduce its debts, by 2017 Sri Lanka had to sell an 85 percent share of the port project to the China Merchant Port Holdings for US$ 1.12 billion. As a consequence China obtained a 99 year lease on a piece of prime strategic real estate sitting astride major SLOCs connecting the Indian and Pacific Oceans.

The China Myanmar Economic Corridor (CMEC)—a spur of the BRI—will connect Yunnan province with the Bay of Bengal. A major “pillar of the CMEC” is the US $ 1.3 billion investment in the Kyaukphyu Port and Special Economic Zone being built with Chinese assistance. China now accounts for 70% foreign investments in Myanmar’s energy sector. India has recently proposed building a petroleum refinery worth $ 6 billion in Myanmar. Called as a “win win arrangement” for both countries a step like this would neutralize the sphere of influence China intends to build in India’s natural resource rich neighborhood. Through developing and eventually leasing ports like Hambantota and Kyaukphyu China hopes to diminish its dependence on the Malacca Straits which is dominated by the US and its allies.

Biren Nanda, who has served as India's ambassador to Indonesia and ASEAN, among others, told this author during an interview: "The logic of history and geographical proximity dictates that China’s influence will remain strong in northern Myanmar, while India and Japan can aspire to remain major influences in South of the country." India’s India-Myanmar-Thailand Trilateral Highway Project, the Kaladan Multimodal Transportation Project and Sittwe port will merge with the East West Economic Corridor of Japan being built with the cooperation of Myanmar, Thailand, Laos and Vietnam.

Bangladesh is a key focal point of Chinese strategic interest in the near term.

BRI projects in Bangladesh envisage a planned investment of roughly US $ 10 billion. Bangladesh’s total external debt of US$ 33 billions appears to be manageable. The challenge for Bangladesh is to leverage Chinese strengths in infrastructure and port building while avoiding the pitfalls of a ‘debt trap’ and taking into account India’s sensitivities in project selection. As per reports President Xi’s call to jointly promote  BRI recently has heightened India’s concern. Masum Billah’s article in the Diplomat has negated any scenario of deteriorating Bangladeh-India relations calling it a media hype.

The fifth BIMSTEC summit is slated to be held in January 2021. Touted as the parallel of SAARC, the chairmanship of BIMSTEC will be handed over to Thailand for the period of 2021-22. The announcement comes amidst the border standoff between India and China. Interestingly, Thailand has halted the BRI project after protests erupted in the country.

BIMSTEC is well placed to cooperate in shaping a regional security architecture in the Bay of Bengal which is capable of addressing the security challenges in the eastern Indian Ocean Region. First, India, Myanmar and Thailand have had the experience of cooperating within ASEAN centric regional security platforms. The three countries acting in concert can seek to reinforce EAS’s role as a forum for consultation amongst leaders in the Bay of Bengal region. Second, India, Bangladesh and Thailand can focus on targeted cooperation in the IORA. Third, BIMSTEC nations can create their own platforms to discuss security issues and indeed a beginning has been made with meetings of National Security Advisers and fourth, BIMSTEC can partner Australia, Japan and the United States in capacity building and strengthening security in the region.

The geopolitics of connectivity is all about competing visions for shaping the neighborhood. Connectivity visions reflect national values. Are they solely for the benefit of one or for the benefit of all? Competitive connectivity initiatives are indeed the “new arms race” of the 21st century. China’s BRI and Tokyo’s “East West Economic Corridor” are symbolic of competing connectivity visions—the former a part of China’s Grand Strategy of leveraging connectivity projects to dominate and influence China’s periphery, and the latter focusing on an inclusive approach seeking to create quality infrastructure to boost economic growth in line with the development priorities of recipient countries.

The strategy of isolating China is flawed