The strategy of isolating China is flawed 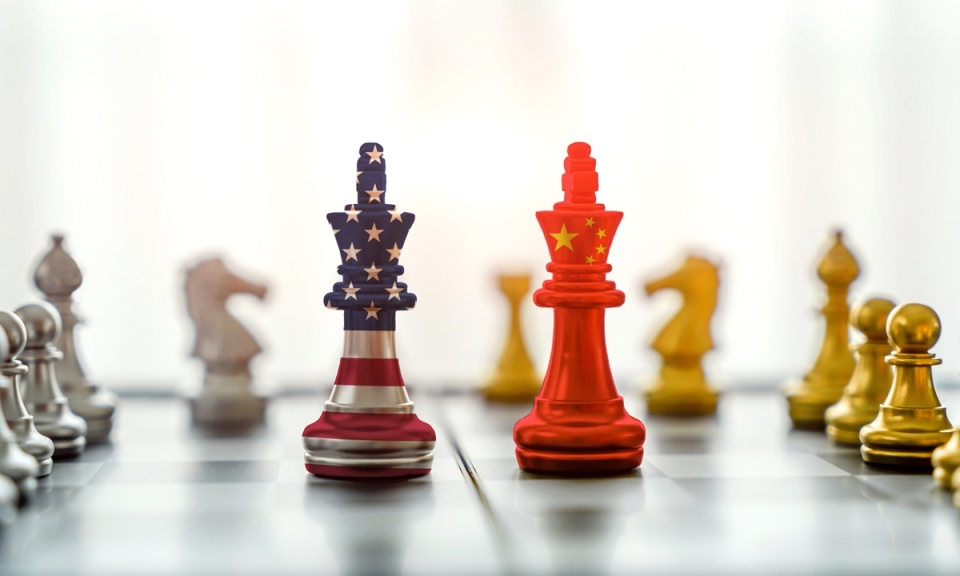 It is hard to imagine anything worse than being cornered, as the Indo-Pacific Strategy (IPS) of the United States and the plea for Free and Open Indo Pacific (FOIP) has begun to expand to ensure the US control and influence in the region's heartland and the sea, eventually to single out China.

It is obvious that the US feels threatened with the growing footprints of China in the world, in general, and in Asia Pacific in particular, economically and militarily, and mostly in the critical sea theatres of East and South China Sea while many countries in the region reject the alleged definition of China as an expansionist, aggressive and hegemonic power. They consider Beijing as an “indispensable stakeholder” in their prosperity.

But the US would have us believe otherwise, with India, Japan and Australia on board for creating a substantial counterweight in this power equation. Now the Quad plus initiative has been rolled down with South Korea, Vietnam and New Zealand in it and major EU countries such as Germany and France joining the bandwagon.

The  Millennium Challenge Corporation (MCC) project in Nepal, Status of Force Agreement (SOFA) in Sri Lanka,  US engagement in Afghanistan and US-India bonhomie and nations’ clinging to the IPS club are not new US strategic moves in the region. Portraying China’s trade and commerce expansion as a threat to ASEAN powers in terms of their sovereignty and massive efforts to bringing out her major powers in IPS coalition is aimed for an outcome that is consistent with the ultimate goal of containing China.

Of course, there are differences between China and other nations in South China Sea and East China Sea, but many of these are of bilateral nature which should not welcome any third party meddling. Despite US engagements, many poorer, underdeveloped and developing nations in the region wish for shared prosperity to be much aligned with constructive engagements with both powers without falling into either of the camps. The impulsive distaste of the US for China as a spoiler in the region could be a bone in their neck one day.

Miles Yu, a Chinese-born policy adviser to Secretary of State Mike Pompeo, rejected Chinese President Xi Jinping's stand for multilateralism at the United Nations General Assembly recently and said China had no real friends. The Japanese, too, seem to believe in taming China but without isolating it. But the US wants whole of Asia to push its interest. India, Japan, Australia, the UK, Canada, EU, NATO and ASEAN in the pretext of shared values could be used to achieve the desired ends.

Regarding China-India border misadventure, although de-escalation efforts are still going on, it could unleash theatrical military capability, efficacy of sophisticated weapon systems, intelligence, surveillance, cyber capability and operational concept to some extent, benefitting a third  power. China’s war gaming response to FOIP military drills in multiple fronts of East and South China Sea would give away more combat intelligence.

The provocative military developments in the region would bring anxiety to both ends making whole of the region tense and eroding the prospects of reciprocal happiness, peace and prosperity. The US goal of isolating or singling out China and thus making it weaker further cannot ensure greater good for everyone. If Asian tigers ally with the Western powers to impinge on China’s national interest it is sure to develop bloated enmity, ideological disagreements and competing interests which will not result in a win-win situation. The American dream to form a NATO-like military coalition in the Indo-Pacific would definitely result in fractures, military blocs and the threat of real cold war, as the UN Gen Secretary Antonio Guterres recently warned.

Obama administration was initially ambitious in its approach towards China, seeing Beijing as a potentially trustworthy global partner. For their greater good the ASEAN, BIMSTEC, SAARC and many other regional multilateral engagements on the Indo-Pacific (FOIP) would be only a defensive attempt at reasserting their centrality.

A more hawkish US policy may mean many Asian powers no longer will join US security commitments. Regarding FOIP, Indian Prime Minister NarendraModi had hinted “non-committal” approach, the position which seems to be changing in recent times.

The countries of the region should examine the motive behind the misinformation, and for wanting a robust FOIP to constantly probe China’s peaceful rise—in economic, political or even military sphere. With China's emergence as a new power bloc, it will be interesting to know how the countries in the region would realign their foreign policy objectives for maximizing economic benefits.

Despite their huge and diverse investments, the US strategy in managing world affairs has never been free of criticism—whether it is in Vietnam, Korea, Bosnia, Syria, Yemen, Iraq, Palestine and Afghanistan. The US approach to Paris Climate Change Accord, Iran nuclear deal, TPP, WHO,WTO has been criticized inside America itself.

The IPS and FOIP where a huge defense budget has been diverted carries a façade of rules-based order, a vague term to qualify. Needless to say, “core national interest” of the US was guided by the idea of “America first” to secure global superpower standing. This framework does not accept China’s peaceful rise as natural. This is why issues of Xinxiang, Hong Kong, Taiwan, Tibet, trade war, and debt trap are often raised. The call for IPS is the part of the same initiative.

China lifted 70 million people out of poverty in less than two decades. This is why countries in Asia Pacific region look up to China with awe.  Absolute peace and happiness within yourself is achieved only when you export the same to others, goes the Buddhist philosophy. The countries in the region should follow the above mantra for it would deliver tremendous economic opportunity with innovative collaborative approach of multilateralism. The need of the hour is not the hullaballoo of IPS and FOIP but people’s wellbeing and national prosperity.

The author, Brigadier General (Retired), is the former spokesperson of Nepal Army.

Can the Quad be a reasonable means for Indian strategy?

China remains the largest trading partner of all the Quad members, including India. Japan and Australia would not sacrifice their... Read More...

Bay of Bengal is now a critical theater for economic and strategic competition. It has always been a connector between... Read More...