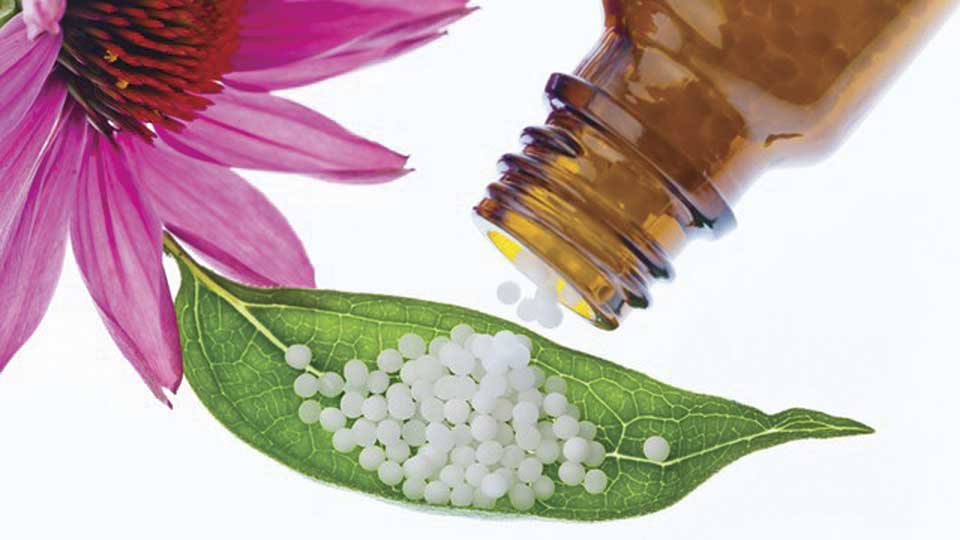 We should broaden our minds to alternative concepts of disease
and healing, not rely exclusively on big pharmacological solutions

A few days ago, The Guardian ran an article about Prince Charles and his belief in homeopathy. The writer expressed scorn at the Prince’s beliefs in homeopathy. The tone of the article struck me with its scientific smugness and condescension—an attitude which has been very effective in blocking inquiry into broader conceptions of disease and healing. In this op-ed, I want to share my own experience with homeopathy. I was also healed by a homeopathic doctor—rather to my surprise. I share the story with you so you can make up your mind about the intangibles that make up the process of healing.

In 2007, I attended the Berlinale Film Festival. I was part of a contingent of filmmakers which had been accepted to the Talent Campus. The campus aimed to bring together young filmmakers and provide them with access to mentors from different cinematic disciplines. We saw Gael Garcia Bernal, Frederick Wiseman and Wim Wenders. We heard the composer who’d done the music for Peter Pan, and the cinematographer of  Red, Blue and White.

The time I spent in Berlin was fun, and took my mind away somewhat from an incomprehensible accident that had killed a close friend of mine from college on New Year’s Eve.

The next day,
my asthma, which
had been troubling
me for a few
months, vanished.
And it did not
return.

On the way back from Berlin, I stopped over at Thailand for one night. I paid $30 to spend one night in a room that felt like an enclosed box. It was hot and stifling, and I seem to have caught dry cold there. On return to Kathmandu, I came down with severe fever, cough and cold. When I recovered, I could hear a wheezing deep inside my throat and lungs that didn’t seem to go away. The asthma may have been triggered by the extreme cold of Berlin, transition to abrupt tropical heat of Bangkok, then back to a colder Kathmandu. Underlying it all was the loss caused by my friend’s death. I could hear a rattle in the throat that was so loud it woke me at night.

Running into a healer

I talked to my doctor, who prescribed an inhaler. The spray of chemicals in my system made me feel worse. I felt a sense of despair at the thought I would be forever dependent on this medication. During college, I had a friend who also had childhood asthma, and who had overcome it as an adult, so I knew asthma was not a lifelong affliction. It appeared to me there was a cure. But where was it?

Then I ran into a German musician who lived in Bhaktapur. Gert Wegner was known to me through two of my friends. Sarina Rai, the most well-known punk rocker of Nepal, had started her musical career by taking guitar and drum lessons at the Bhaktapur School of Music, which had been started by Gert.

On one memorable occasion, Sara Shneiderman, a friend who was then managing a study-abroad program for American students, had invited me for a program at the Bhaktapur School of Music, and I had seen Gert in his element, in an old garden with wooden pavilions, encouraging girls to take up the big dhimmay baja drums, which traditionally were only played by men. So I knew Gert to be a kind, capable and thoughtful man, who had not just started an institution of great repute, but was also well-respected in Newari community where he lived.

Bhaktapur retains its medieval culture, and Gert was discreetly embedded in this town. His home was an old crumbling Newari home that looks like any other house from the outside. During one festival at Dashain, I learnt that Gert had been given the status of an elder, respected guru by the community of butchers he’d worked with for many years, and that he was in charge of leading a team of musicians to honor Nasa Deo. During that Dashain, we watched as team after team of highly drunk, out-of-tune, rollicking musicians went past—following by the ramrod straight, disciplined military march of Gert’s men, all playing their music in harmony. Needless to say, they won the competition that year.

I can’t remember how or when I ran into Gert again in 2007, but sometimes during these asthmatic days, I happened to visit Bhaktapur, and I ran into Gert at the yogurt shop. As to how I told him I had asthma I don’t remember, but I wasn’t feeling good, and if he asked me how I was, perhaps I mentioned the asthma to him. Then, perhaps in that same conversation, or perhaps in another, he mentioned, in an off-hand manner, that he too knew homeopathy. I was curious now, and requested him for a diagnosis. He agreed.

That same day, I walked with him through winding lanes and a little garden with flowers to the entrance of his old interconnected house. This is the kind of strange thing that looking back Hindus call “karma”—Gert is someone I have met perhaps five times in 10 years, but that moment, when I was most in need of a cure, I happened to run into him.

Gert had rented one of the floors of this old house. It still had its mud floor and walls, and on the floor on a straw mat I could see his tablas. We went up to his beautiful kitchen, and he offered me some tea. I admired the old kitchen utensils that he had placed around as objects of decoration. We had a nice conversation as he told me about his teaching at the Free University of Berlin. He explained to me he himself was not trained as a homeopathic doctor, but his former wife had been, and she had been the one to teach him.

After I’d drunk the tea, we went down again into another room. This had a cabinet full of small vial-like bottles, with the small white homeopathic medicine in them. They were all neatly labeled. I wanted to go closer and look, but didn’t want to appear too inquisitive, lest he think I was being invasive. I got the sense he didn’t want me to go too close to those neat bottles. I sat and watched him as he opened some big books, and started to read them.

Then he took up a little metal instrument which was like a little metal pendulum. He swung this back and forth a few times, looking very intent. It looked like he was testing something, perhaps the magnetic direction of the poles—or perhaps the energy my body was putting out in the room. This looked like some wacky, New Age cure—not at all the rational, Germanic pharmaceutical solution I thought I was getting. I thought about Ouija boards. I felt an urge to laugh. But because he was an elder man who clearly had earned his respect, I maintained my composure. I sat there, curious but willing to see what he had to say.

“Do you feel the sorrows of other people deeply?”

Rather surprised, I said that indeed I did feel the sorrows of other people deeply. He rifled the pages of his big encyclopedia-like book again, searching for something. Looking at the book, he asked me a few other questions that seem to me to be equally out of range of what a doctor asks a patient who has just told you they need a cure for asthma. It appeared he was trying to place me into a certain category. I felt slightly discomfited, wondering what that category was.

He then rifled around in his closets till he found a small bottle. He put a tiny white ball in a small piece of paper. “All you need is one,” he said. I must have looked disappointed to see the tiny white ball. After the long process of diagnosis, the medication appeared incredibly small and token. Seeing the look in my face, he said: “But I will give you three, just in case you need it.”

I was grateful for this medicine, and eager to try it out. That night, I took one pill of causticum. The white sugar taste vanished on the tip of my tongue.

The next day, my asthma, which had been troubling me for a few months, vanished. And it did not return. This was too good to be true. Just to be sure, I took the other two white sugar pills as well, even though I didn’t need it.

I have no idea how, or why. I have no idea why irradiating my throat with a broth of pharmaceutical chemicals didn’t help, and why a tiny white sugar pill did. That’s the mystery of healing. You can’t tell me I didn’t have asthma, because I know I did, and I was suffering from it. Perhaps it was the presence of this elder man who exuded an aura of wise healer energy. Perhaps it was his old adobe house, full of objects that seem to exude magical power. Perhaps it was the time and place of Bhaktapur, and the episodes of music. All I know is that homeopathy worked for me, and I was grateful towards it.

Healing is a magical act, in many ways. Germ theory may explain one part of disease and healing, but it doesn’t explain everything. It doesn’t explain how our body is connected to our mind. Which is why homeopathy, and other systems like it, find increasing adherents all over the world.

This story is not aimed to make you “believe” in homeopathy. This story is only aimed to make you take a closer look at what makes people ill, and what heals them again. This story is also aimed at those policymakers who design healthcare programs in which pharmaceutical companies are given great importance, but who ignore alternative systems of healing. The Nepali Times recently ran an article claiming one-third of Nepalis suffer from mental health disorders.

Many people’s anxiety and depression have been exacerbated by the earthquake, amongst other reasons. In a world with these many people affected by mental health disorders, we should broaden our minds to alternative concepts of disease and healing, and not just rely exclusively on big pharmacological solutions.

Sushma Joshi is a writer and filmmaker from Kathmandu, Nepal

The battle in Mahabharat began and ended each day with the blowing of Panchjanya by Lord Krishna. ... Read More...

Listening to your favorite story

The trend of making and selling audio books may not have caught up in our country yet but the app,... Read More...

Gold price up by Rs 200 per tola, silver price remains stable
42 minutes ago

Light to moderate rain forecast for today
45 minutes ago