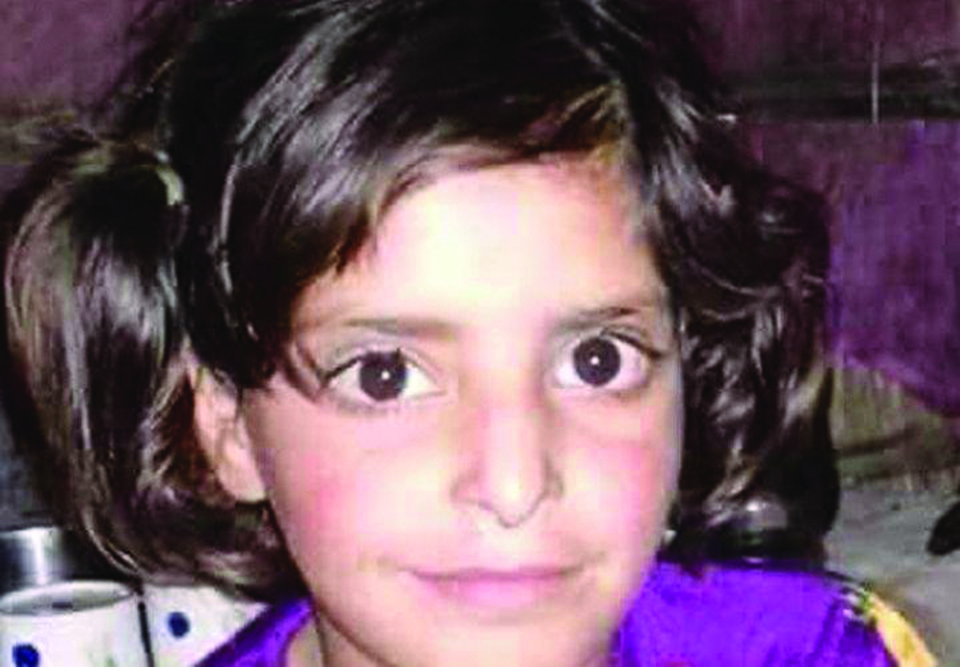 In a culture of patriarchy where the girl or woman belongs to the family unit, the “ownership” of the girl by the family can often be lethal

A little girl who loved grazing her ponies was raped and killed in the Indian state of Jammu in January. She belonged to the tribe of nomadic Bakerwals, Muslims who grazed their horses and moved around, possibly across state and national boundaries. Who wasn’t moved by the photograph of the lively little girl with the big eyes in the little purple outfit—the same purple outfit her corpse is shown wearing at the moment of death? Who wasn’t sickened by the story of the drugging, the rapes and the murder? Who didn’t feel a sense of loss hearing the story of how she loved to graze her ponies in the forest, how she was the light of her community?

We know a lot about the case from various news sources. That Asifa Bano had been adopted by her family, because they had previously lost two girls to an accident. Her biological mother gave her up after her brother came and begged for a child, after he lost both his daughters to an accident. Her mother was reluctant, but eventually succumbed to his pleas. That she had been the darling of her tribe for daring to go out and graze the ponies in territory which had already exhibited discord and conflict, and that surely her clan knew was dangerous for children, especially a little girl. But still they had sent her—not a young boy in his teens, not an older man. They had sent an eight-year-old adoptee in the fraught, conflict-ridden landscape of Jammu to graze their ponies.

We know she had been lured and killed in a plot by a Hindu farmer who noticed she was grazing her ponies too close to his lands, and who surely noticed her vulnerability.  Surely he must have known that she was marginal, not tied by the strong ties of genetics and biology to the family who sent her out. Surely she, like any little girl, craved for the love of people around her, and this led her to the risky and daring act of going out in the forests alone, which brought her the attention and love she craved.

And yet the response from the Narendra Modi government to all these incidents of violent rapes against little girls is still Beti Bachao—save your daughters. The Indian government cajoles and promises, as if the family, sacred institution, holy cow of faith, would somehow act as a barrier against rapists and murderers. As if a girl, by being a daughter, is somehow entitled to a special lakshman rekha of protection which will keep her inviolate from dangers of life. Have they failed to notice that family is often the most violent and terrifying institution which a little girl can find herself in? Let’s face it: the family can often be the worst institution to take care of children, and the nation, by extension, even less so. The state as a benevolent parent is laid bare in this narrative.

“Beti Bachao” is a good slogan for elections, but it hardly deals with systematic issues, including how paternalism is often at the root of violence against women. If daughters are kin to be protected by the family and nation, what happens to the little girl who is only half a daughter? What happens to the trafficked girl who has moved across borders to find herself in sex work and lost contact with her family, either because of circumstance, or because the family decides she has besmeared their honor? She’s no longer a daughter now. What now? Is she—eight years old—alone and at the mercy of traffickers, also entitled to the protection given to daughters alone? Is the nation to take up the role of the benevolent but absent parent—one who can hardly be trusted to feed a child, let alone ensure her safety?

India has a systematic problem with rape which won’t change until it acknowledges that girls and women are individuals with rights and freedoms, entitled to the right to life, the right to live a life without fear, and the right to dignity. It won’t change until the state stops its paternalistic discourse of kinship and protection, and moves towards the discourse of rights and responsibilities. It won’t stop until the justice system treats each victim as a citizen with the same set of rights as the elderly male politicians who are deciding her destiny.

But of course this story is so much more complicated: there is the historical conflict between Hindu and Muslim in Kashmir, between the settled and the nomadic, and the rising demographic pressures on smaller and smaller amounts of land. There is the vague, ominous unease in social media that Assam is being besieged by Rohingya refugees fleeing the violence in Myanmar.

There are the troubling photographs of women raped in Assam by Muslim men and boys, and which the Hindus are outraged about, but which the liberal press declines to cover. The outrage is fueled in part by how lopsided the public perceives the press to be. The Indian liberal press often clams up when it comes to issues that may be seen as communal or controversial, as in the case of Kairana, a community in UP where 346 families of a Hindu community fled, leaving all their property behind, due to fear of Muslim criminals. Not to mention the large scale ethnic cleansing of Kashmiri Pandits from the Kashmir Valley by Muslims.

Surely these incidents were at the back of the mind of the farmer when he came up with his devilish plot to murder the little girl, in order to scare the Bakerwals away from his neighborhood. Women’s bodies have always been a way to settle scores and disputes. India’s rape culture makes this permissible, and as the appalling Hindu Ekta Manch’s support for the rapists showed, even defensible.

How to change this culture of violence upon women’s bodies as the subcontinent gets even more fraught with changing and shifting demographics will be the challenge of the next century. There are 172 million Muslims in India, about 14.2 percent. This is not a small number. In the upcoming years, India, Pakistan and Bangladesh will have to work out a culture of living in harmony with minority populations which focuses on the rights of individuals to life with safety, and not fall back upon the old historical ways of using women’s bodies as sites of war.

The Indian government could start off by designing a campaign which shows girls are full citizens with rights to life, safety and dignity. To do this, they need to move away from the discourse of “Save Our Daughters”, because the more they associate girls in filial roles, the more likely they are to tie them back into a small space where life is always at risk and where security is never certain. In a culture of patriarchy where the girl or woman belongs to the family unit, the “ownership” of the girl by the family can often be lethal.

Joshi is a writer and filmmaker. She lives in Kathmandu

KHOTANG, Mar 4: Rajan Purbeli of Rupakot Majhuwagadhi Municipality-6 and his wife Srijana Tamang cannot see each other. But they feel... Read More...