Story of a boy 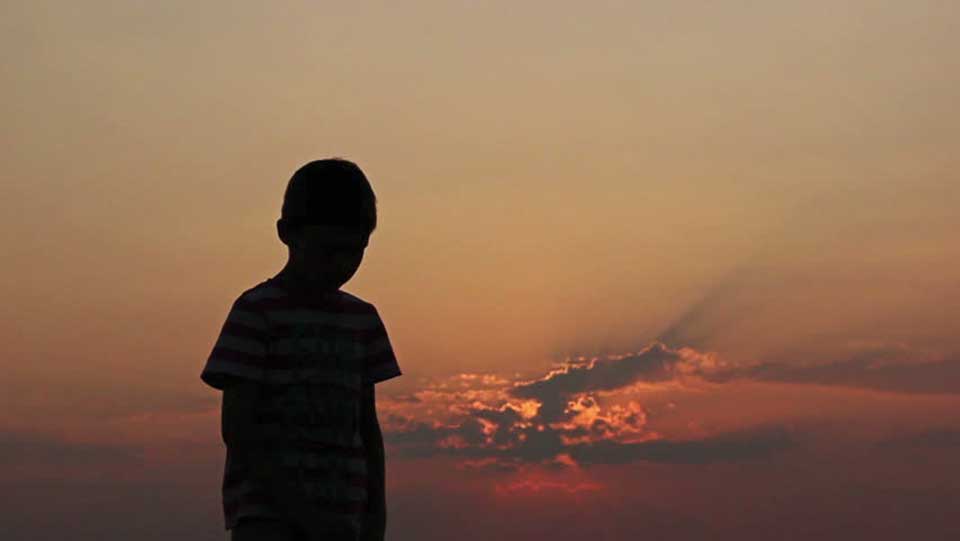 I had been on stage a dozen times before. For Ram, it was his first. He knew that all firsts came with fear and anxiety

We stood there singing our national anthem with pride: “Woven from hundreds of flowers, we are one garland that’s Nepali.” I smiled at him and his pupil twinkled in return. Holding on to an awkward string peeping out of his ‘Daura’, he looked at the audience, perplexed and nervous. Shadowing his discomfort with it, Ram—my best friend—stood on stage, under-confident, while I stood next to him on the same platform.

It was his first time in Daura-Surwal. The only time he had seen someone in Daura Surwal was in the newsroom of National Television. His father never missed the news in a hope that they would talk of the epidemic that had spread like a weed in the village. Attendants had abandoned the local health post for the fear of infection.

The family knocked a hundred doors in search of help and eventually Ram’s mother had died of exhaustion. The epidemic would have gradually killed her anyway.

Ram had been mocked by his Nepali teacher for pronouncing most of the words incorrectly.

“The event is about to start”, I wake him up from his day-dream. Ram was lost in the thought so deep that it took him a minute to get back to his senses. He took off Dhaka-Topi from his head to let the fresh air in and put it back. As per the instruction, he had diligently placed the tall Dhaka-Topi to the center of his forehead. It felt foreign to the body and yet to the mind. It was his national dress.

Friendly bonds
We had been friends for a reason. I was good at English and he was best at Math. I would often hop by his desk for help and discuss at length the different ways of solving the same problem set. Our friendship was built on algebraic equations. The same equations had saved him from the glare of many who tried to bully him in school and called him kale (dark). Math became a common excuse to avoid social interactions and skip games at school.

I was the teacher’s favorite and hence the obvious choice for hosting the annual school event. Meanwhile, a circular had been passed around the school: Diversity is to be maintained. Which is when Ram was chosen to co-host the event with me. Diversity was a topic of concern, or so as per the letter from a Principal who had been following the daily newspaper. The newspapers had been flooded with federalism, elections, India and China. The headline scorned a politician who had passed a racist remark in a gathering of more than a thousand. Under the article posed another woman holding a ‘Fair and Lovely’ product by her glowing skin.

I had been on stage a dozen times before. For Ram, it was his first. He knew that all firsts came with fear and anxiety. Some three years ago, after his mother had passed away, he had come to Kathmandu for the very first time. He had begged his uncle to take him to Kathmandu for his winter break and never returned. In retrospect, he didn’t quite like the noisy city however but his dreams kept him from going back. Later, he was admitted to a local school.

The event had begun. Ram trembled as he spoke past the lines written for his narration, “in equality, we believe.” The lines made little sense. He recalled the time he was made to stand in the last row of his school choir for an inter-school competition. They had said: “Presentation carries extra weight, so you move to the back”. Ram continued to perform his duty and read: “Our school is a symbol of unity”. The statement confused Ram. He blamed his lack of interest in English language for not comprehending a line as clear as the winter sky. Ram had been mocked by his Nepali teacher for pronouncing most of the words incorrectly.

Thereafter, his classmates followed suit, called him names one after another. Ram’s speech was followed by a countable number of claps, a clear signal of little appreciation. Or perhaps, presentation did matter in school events.

The event is over
“One, two, three.” He counted his steps down the stage which momentarily distracted him from his discomfort. He had been sweating and so he took off his Dhaka-Topi. Along with his Topi came off the burden of fitting in a crowd. It felt lighter all over again. Ram was relieved that the event was over.

Democracy has brought with it the freedom to be yourself in your own skin, though not so much in reality. The story of Ram is a reflection of many others who are in a conflict of having to accept the norm from being an individual self. Ram is a woman whose mother tongue is not Nepali and yet is a proud citizen of the country. Ram is a man who has always been associated with his dark skin.

Ram is a girl who is nagged for her broken accent. Ram is a boy who is fond of Taruwa and is more comfortable in Chappals. The school is our society, a regime of ignorant fools who are constantly trying to police liberal ideas, impose restrictions and enforce populist beliefs upon Ram who is you, me and us.

It was my turn to host the event. “Let Ram be, as perfect as he already is,” the hall echoed. I felt the breeze fly past me sing a sweet song of freedom.

The author is an enthusiastic observer of society, politics and art, shraddha.gtm@gmail.com

In Nepal, nobody wants to take responsibility for the injustice perpetrated in the name of caste and gender in the... Read More...

5,000 applications for driving license to be processed daily
4 hours ago

5,000 applications for driving license to be processed daily
4 hours ago