Stolen archaeological idols not yet detected 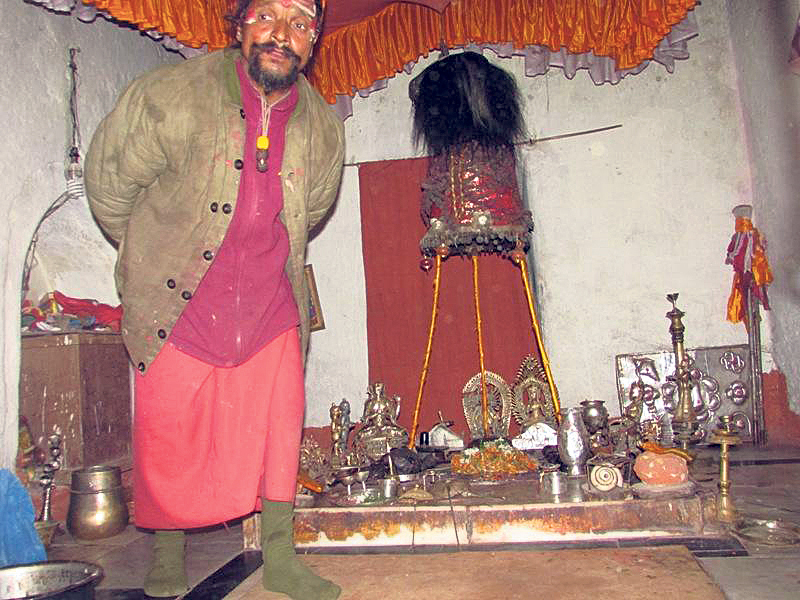 KHALANGA, July 3: Archaeologically important idols that were stolen from Chandannath temple are yet to be found. It may be noted that the idols were taken away from the famous Chandannath temple in Khalanga Bazaar on 27 November 2016. Locals had resorted to protest including picketing of the district administration to mount pressure for immediate actions during a month after the theft of idols.

A team of central investigation bureau comprising then Inspector General of Police (IGP) Nawaraj Silwal had reached Jumla to investigate into the disappearance of idols. However, its result is yet to be made public.

Sitaram Rijal, Chief of Jumla District Police Office, said the investigation will be continued till the stolen idols are found. "Once we detected a conch (Shankha) in Kohalpur and took it to the Guthi Management Committee in Jumla for verification", he said.

He further shared investigation into the loss of archeological idols is still underway from central level. Importantly, 14 idols along with two conches were found in limbo on the mid way between Rokayawada and Wadarasada at Guthichaur rural municipality.

Locals had informed the police after noticing the discarded idols at a nearby forest after a month of the theft. Ramananda Acahrya, secretary of Guthi management committee, said the temple had installed new idols brought by Bhawani Giri Maharaj from Deharadun, India following a year of the incident. "Though some idols were detected in the sorry state of affairs, the main idol portraying Dattatreya is still unfound", he shared.

"Worships are being done at the temple without main idol. Constellation of new idols was carried out on a condition that the old ones will replace the new if found", Acharya added. After the incident of theft, police took control the temple priest and Jaya Krishna Acharya, a local, and filed a case against them.

Acting on the case, the district court had sentenced them a two-year jail term. They have already served the court-slapped penalty. A squad of five police personnel has been deployed to look after the temple security. The temple has also been kept under the monitoring of close circuit camera, according to the local administration.

JUMLA, Nov 28: Twenty-eight statues of the renowned Chandannath Temple of Jumla were stolen overnight from under the nose of the... Read More...

JUMLA, Nov 27: Fourteen large and small idols, including the image of the four-handed deity Dattatreya, have been stolen from... Read More...