‘Stolen’ Dattatreya idol found in wardrobe inside the temple 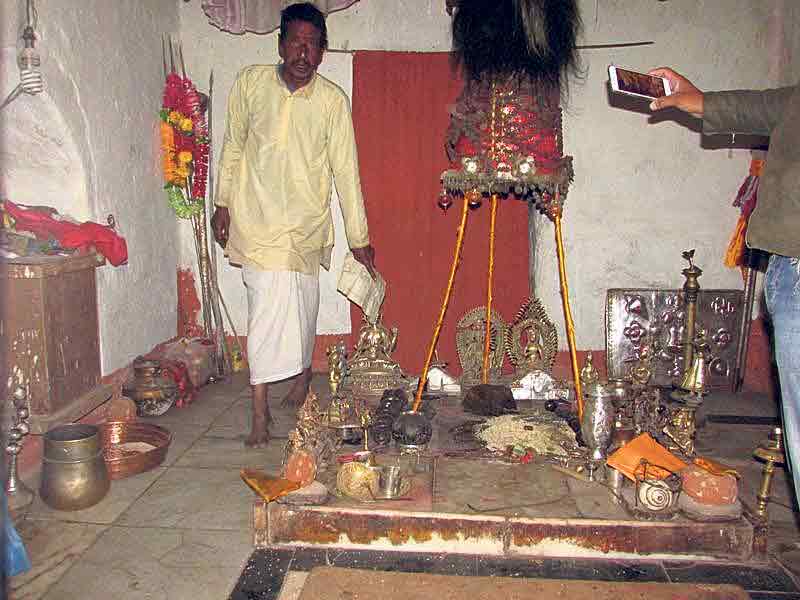 JUMLA, Dec 5: An idol of the Hindu deity Dattatreya and other idols that were said to be stolen from the Chandannath Baba temple here last week, were found inside a wardrobe in the temple Saturday.

of the district administration, civil society and local religious organisations.

Among the idols found inside the almirah are the ancient statuettes of the Hindu gods Brahma, Vishnu and Maheshwar, said the Chief District Officer Rudra Prasad Poudel.

Police have intensified the investigation for catching the thieves, according to the DSP Bishnu Kafle. He said that the 16-inch tall main idol of the Dattatreya has been found.

The temple priest Chandra Mauleshwar Giri is under police custody for questioning and the District Administration Office, Jumla has on Friday suspended the Chandannath Bhairabnath Guthi Management Committee.RSS

BANEPA, Jan 29: Valuable silver assets were stolen from the Karunamai Temple based in Ugrachandi of Banepa-4, Kavrepalanchowk. As police... Read More...