Province Chief Sita Kumari Paudel administered the oath of office and secrecy to three new ministers from the Nepali Congress (NC) and three others from the CPN (Maoist Center) amidst a special function on Friday.

Here is the full list of the cabinet members of Gandaki Province: 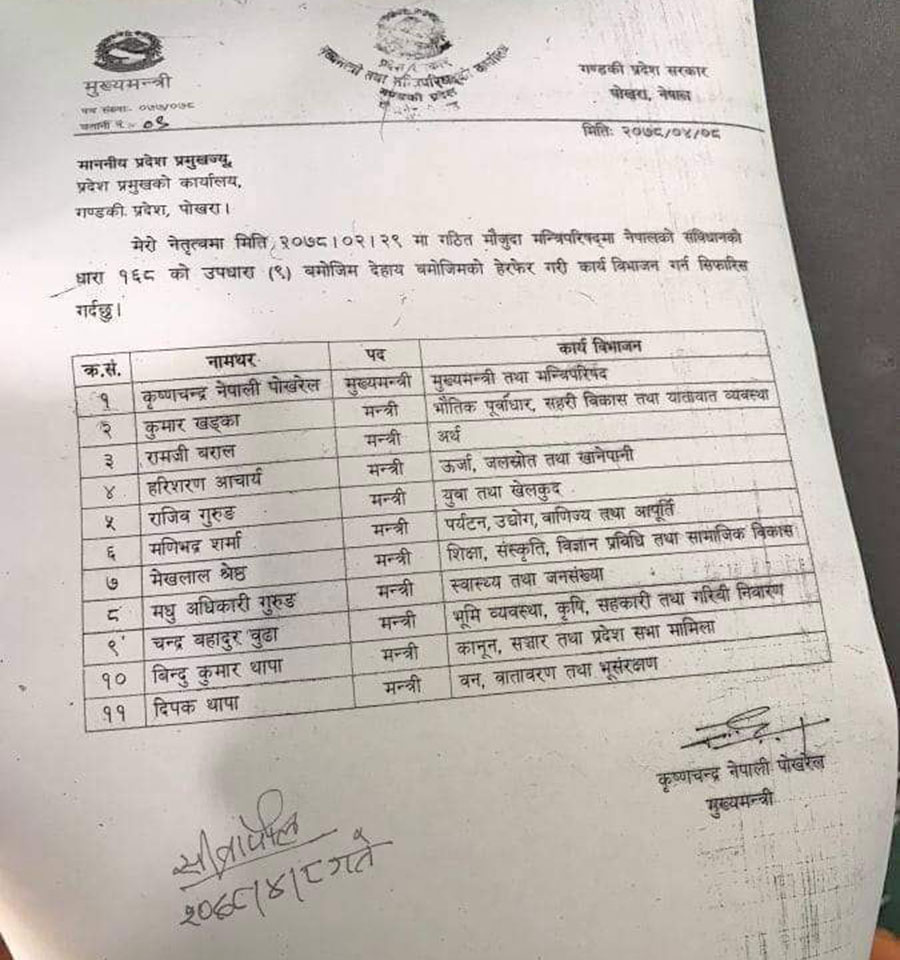 ROLPA, May 10: As many as two members of the Nepali Congress (NC) were injured after some cadres of CPN... Read More...

Cabinet being expanded, ministers to be sworn in at 3PM today

POKHARA, May 19: Chief minister of Gandaki Province, Prithvi Subba Gurung is expanding his council of ministers on Wednesday. ... Read More...